President Maia Sandu and the President of Germany Frank-Walter Steinmeier held a press conference after their meeting. The presidents discussed the general bilateral agenda, but also specific issues such as driver license conversion, employment agreements, and the 5+2 format related to the Breakaway Transnistrian region problem.

After meeting with her German counterpart, President Maia Sandu stated that she appreciates “the willingness of the German authorities to waive the obligation of the theoretical exam at the conversion of the Moldovan driver license into a German one”.

“The negotiations to sign a driver license agreement are set to begin in the near future. We appreciate the willingness of the German authorities to waive the obligation of the theoretical exam at the conversion of the Moldovan driver license into a German one”, said President Maia Sandu.

At the same time, we appreciate the openness of the German authorities to sign an agreement on the employment of Moldovan citizens in seasonal work in agriculture in Germany.

“Moldova and Germany have a robust bilateral agenda in a regional and European context. I to consolidate our relationship”, said President Sandu.

The President of Germany, Frank-Walter Steinmeier, declared that there is “a strong polarization at the level of society, and the situation in Moldova is not normal.”

“We have a lot to do. The President impressed us with the reform program she presented,” mentioned the German President.

“The courageous reform course you have chosen highlights the fact that our relations, between Germany and Moldova, may become even closer in the years to come,” said President Frank-Walter Steinmeier.

“Two recent decisions of the Moldovan Constitutional Court have paved the way for early elections, a milestone for the development of the state. Unfortunately, many political actors in your country lack respect for the Constitution and the country’s constitutional institutions.”

The President of Germany also spoke about the breakaway Transnistrian region.

“Your country, Madam President, is not in an easy political situation. Transnistria is trying to achieve sovereignty and territorial integrity and what this means for the citizens of your country, in everyday life, knows only the one who went at least once from Chișinău to Tiraspol and back, the one who remembers those obstacles during such a journey. We hope that especially after the parliamentary elections in Moldova there will be the possibility to get closer to each other. In the 5 + 2 format, the international organizations have tried over time to obtain such approaches, unfortunately, there has been no tangible progress,” mentioned the German head of state.

President Maia Sandu pays an official visit to Berlin on May 19-20. According to a press release from the Presidency, the visit takes place at the invitation of the President of the Federal Republic of Germany, Frank-Walter Steinmeier. 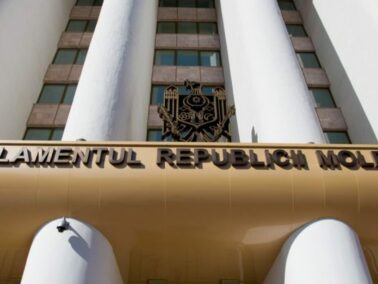 In the Next Two Weeks, the Moldovan Parliament will Receive Delegations from Several Parliamentary Committees from Abroad 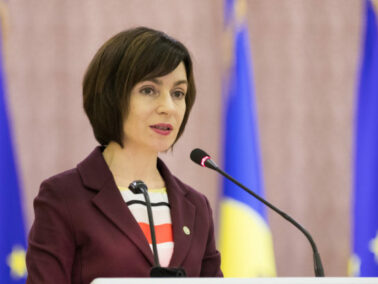