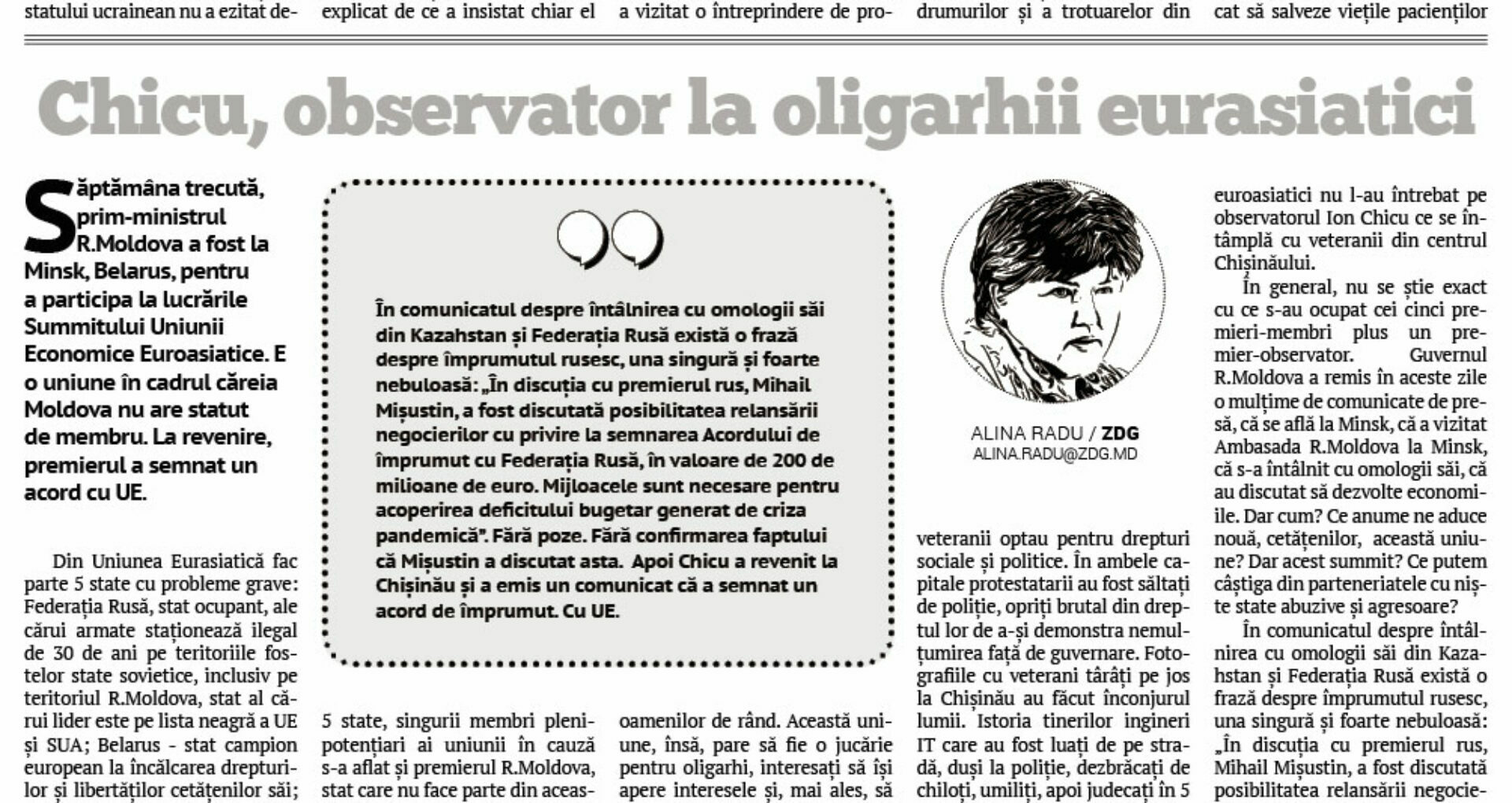 Moldova does not border with any state in this Union. President Igor Dodon pleaded for Moldova to become an observer state in the Union, without rights.

I believe that any Union or collaboration has the right to exist and can bring much good to states, if it is based on citizens’ interests, on actions that would improve the lives of ordinary people. However, this Union seems to be a toy for oligarchs, interested in defending their wellbeing to the detriment of the citizens’ interests and needs.

On the day Prime Minister Chicu left for Minsk to attend the summit as an observer, street protests took place in Minsk and Chișinău. In Minsk, people were protesting for political rights, for the possibility of running in the elections. In Chișinău, Transnistria War veterans asked for social and political rights.

In both capitals, the police used force against the protesters, brutally stopped them from their right to express their dissatisfaction with the government. In Chișinău, photos of veterans dragged on the ground, went viral. In Minsk, young IT engineers were picked up from the street, taken to the police, stripped of their panties, humiliated, and then tried and convicted in five minutes. The story was worldwide reported and it horrified humanity, but not the Eurasian Prime Ministers or Prime Minister Chicu.

Prime Minister Chicu pretended to ignore this problem. He did not inquire about the activists arrested in Minsk. Chicu did not ask why the country hosting this Euroasian Union forum does not respect human rights. The other Eurasian colleagues did not ask the observer Chicu about the veterans in Chișinău.

Nobody knows what exactly the five Prime Ministers-members and a Prime Minister-observer did at the forum. Recently, the Moldovan government has issued a number of press releases, informing us that the Prime Minister was in Minsk, that he visited the Embassy of Moldova in Minsk, that he met with his counterparts, that they discussed to develop economies. However, there were no clear steps on how to develop them. What benefits does this union or the forum bring to us, the citizens?  What can we gain from partnerships with abusive and aggressor states?

The press release about the meeting with his counterparts from Kazakhstan and Russia has a rather vague sentence about the Russian loan.

“During the meeting with the Russian Prime Minister Mikhail Mishustin, it was discussed the possibility to relaunch negotiations on the signing of the Loan Agreement with Russia, worth €200 million, necessary to cover the budget deficit generated by the pandemic crisis.”

There were no pictures of the text. There was nothing to confirm that Mishustin really discussed it. Afterward, Chicu returned to Chișinău and issued a new press release that he signed a loan agreement. This time with the European Union. 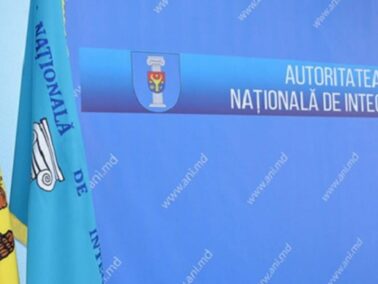 The National Integrity Authority Issues Fines of Over 1,000 Euros to Judges, Civil Servants, and a Prosecutor 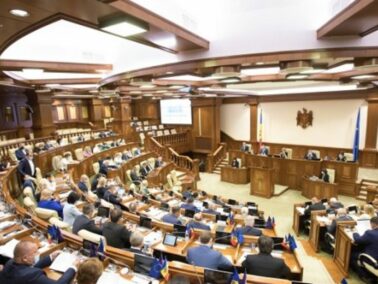