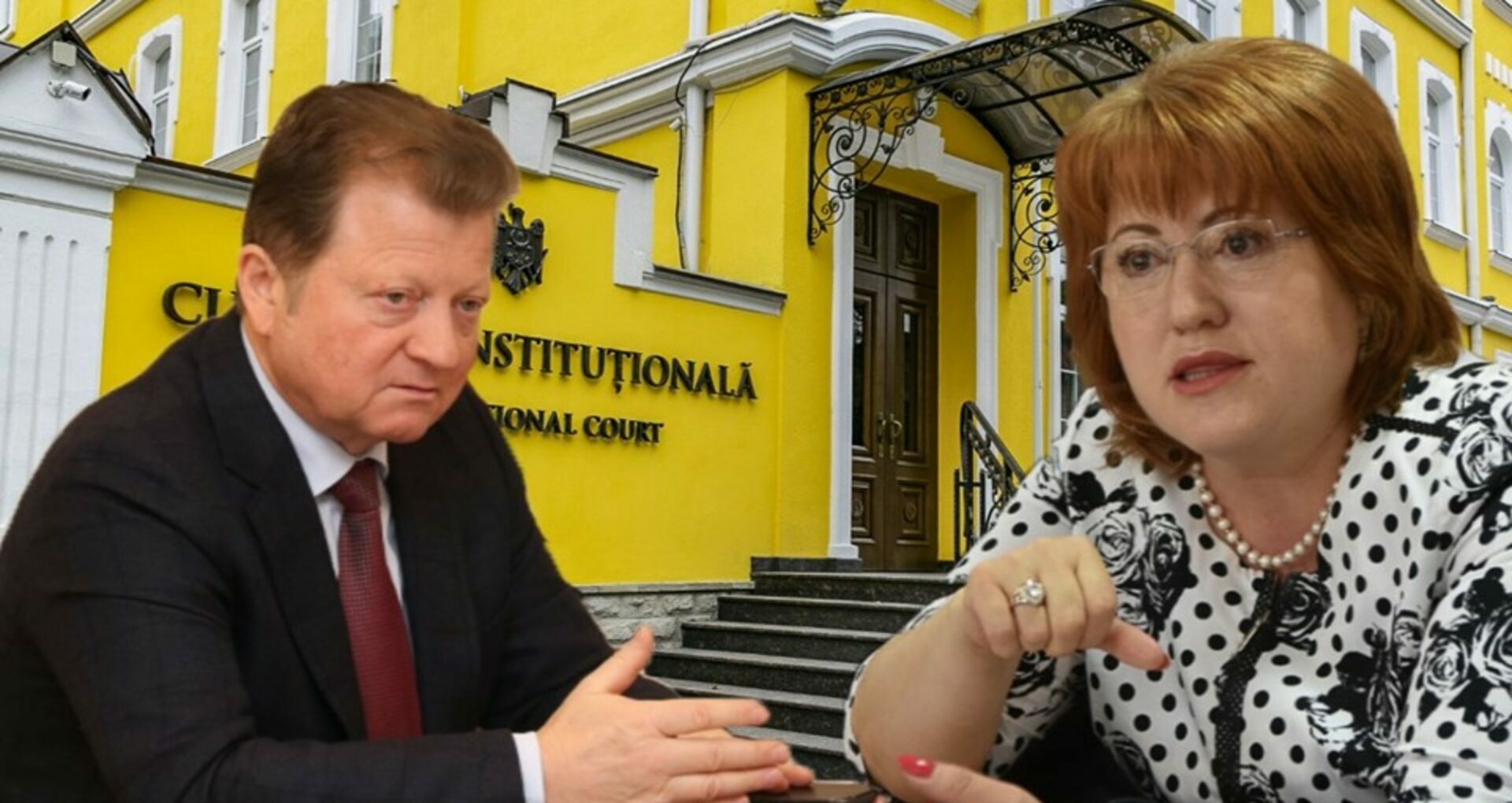 The Chișinău Court, Râșcani district, analyzed the request of the former President of the Constitutional Court, Vladimir Țurcan, through which he asked to suspend the enforcement of the decisions by which he was dismissed from the position of President of the Constitutional Court, and Domnica Manole was elected head of the institution. After analyzing the request the court rejected Țurcanu’s request.

Although issuing a rejection to Țurcanu’s request is a harmless conclusion, the panel of judges from the Chișinău Court agreed to examine a decision issued by the magistrates from the Constitutional Court, for the first time.

The judges agreed to examine Țurcan’s request for annulment of the Constitutional Court decisions by which Vladimir Țurcan was dismissed from the head of the institution, and Domnica Manole was elected as president. All the actors involved in this process admit that this is a litigation that has never been in the history of national jurisprudence.

The lawyer states that even if the apparent result is favorable to the Constitutional Court from the point of view of the procedural position, the lawyer still considers that this request had to be rejected for other reasons, namely on grounds of inadmissibility.

Anatolie Șișianu, Domnica Manole’s lawyer in the process, declared for ZdG that the conclusion issued by the magistrates of the Chișinău Court, Râșcani headquarters is inadmissible and unprecedented.

In principle, the Constitutional Court decisions cannot be contested in any way.

However, the Administrative Code to which they refer represents a development of constitutional norms and can in no way be of superior power in relation to the Constitution.

In fact, by issuing this decision they acknowledged that they have the right to exercise legality control over the decisions of the Constitutional Court. And this is very serious,” states Șișianu.

A panel of judges of the Râșcani Court composed of Viorica Dodon, Tatiana Avasiloaie and Alexei Panis issued the conclusion on June 29, 2020 and it can be challenged at the Chișinău Court within 15 days.

Anatolie Șișianu states that this panel of judges was formed in violation of the legislation and accuses the involvement of the administrative factor in the process of examining the case.

The panel of judges was formed on June 19, 2020, by a provision signed by Corneliu Guzun, vice-president of the Chișinău Court.

Asked by ZdG, Corneliu Guzun, the vice-president of the Chișinău Court mentioned that the accusations made by the lawyer Anatolie Șișianu are false and that the litigation is legally examined, and the panel was formed according to the law.

“You probably know the position of the court regarding the suspension of those decisions. There will always be persons who disagree. I consider that I acted according to the legal provisions. We want to be as transparent as possible with this litigation because we know that the society will discuss it and, we will communicate all the actions of the court regarding this litigation. Another argument for establishing this panel is that it is a case of high public interest,” argues Corneliu Guzun.

On April 23, Vladimir Turcan was removed from the position of President of the Constitutional Court, and Domnica Manole was elected in this position.