INVESTIGATION: Why Do Judges Leave the System? 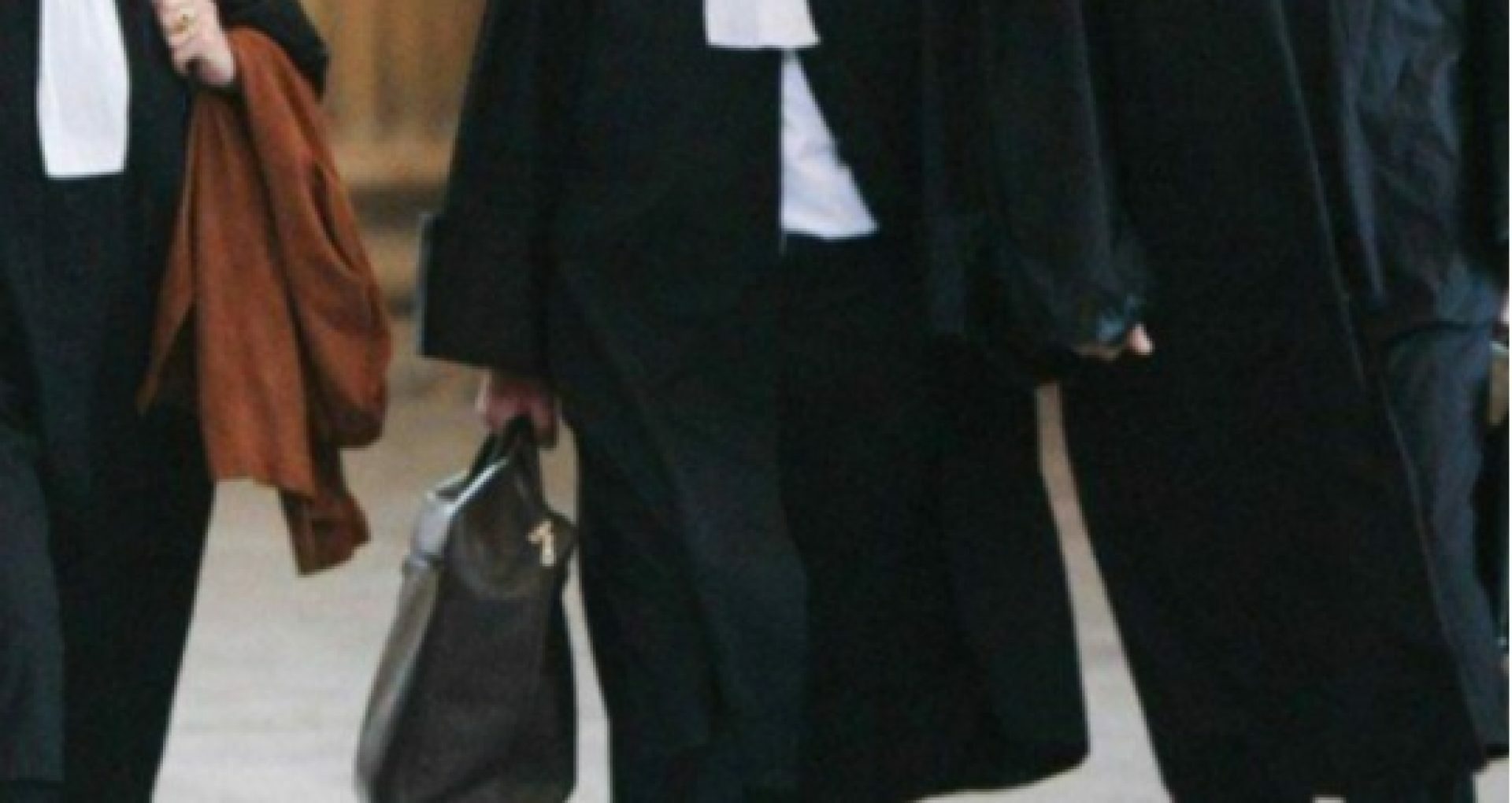 President of the Association of Judges: “Waiting for the Tuesday meetings of the Superior Council of Magistracy and the interim Prosecutor General makes them anxious.”

The magistrates did not reveal their reasons for leaving the system. In some letters of resignation, they stated that they were resigning “on their own initiative”. ZdG spoke with several judges who recently resigned. Some said they did not want to give details, while others said they resigned “due to health problems” or because they reached “retirement age”.

“No one invokes any decision in their letters of resignation; the judges file requests and say they are resigning for personal reasons. From what I noticed, however, there is uncertainty of the system in the future. Some are afraid of the external evaluation, some are tired and also think that there may be some changes in the legislation on the pension, the allowance, which each judge receives on resignation. This insecurity causes some to resign. Honest judges have nothing to fear. They must exercise their duties correctly,” said a ZdG source from the Superior Council of Magistracy.

Vladislav Clima, former president of the Association of Judges of Moldova, argues that “it is not only the evaluation procedure which leads to resignation from the system. The evaluation factor, for sure, is prevailing; however, the judges say that they feel pressure. They say they are scared to make legal decisions for fear of being persecuted. Some judges say that the situation is tense and that a criminal case may be started on illicit enrichment any day. They are also anxious about the Tuesday meetings of the Superior Council of Magistracy, which the interim Prosecutor General attends. According to them, this is influence and intimidation of judges.”

“We will convene a meeting this or next week and we will give a reaction to all the events that have taken place lately. There are certain problems; there is a problem with the concept of evaluation. We have always said that we support the evaluation of judges, only that evaluation must be within constitutional limits. The Albania and Ukraine models, that Moldova wants to combine, must be, at least, in accordance with the Constitution. In Albania, judges’ assessments began with a change in the constitutional framework. We will see what solution the executive will come up with. So far, the proposed evaluation, which we do not reject, is in contradiction with the Constitution, as it has not been amended to fit the terms of evaluation. In consequence, the evaluation may result with the dismissal of the judge from office. It is about the termination of a judge’s mandate obtained until the age of 65 and it would be a matter of law prone to interpretation. We are currently working on the concept, evaluating it and want to express our opinion and reaction to it. The issue with the General Assembly of Prosecutors is becoming more and more prevalent. Judges want meetings and discussions. In addition, we have the issue of status changes. The legal framework of the non-commercial companies has been modified and we have to realign ourselves to the changes in the law and to elaborate a draft statute and to submit it to our colleagues for evaluation,” Clima declared for ZdG.

The president of the Association of Judges believes that lack of trust in the judiciary is another problem.

“The judges believe that, for the most part, trust is favored or generated by the public messages transmitted; I do not necessarily refer to the media, I also refer to the politics and to some judges. To a large extent, mistrust is rightly justified when it comes to the quality of justice; the delay in the trial of cases also causes dissatisfaction. On the other hand, however, there is an impression that this dissatisfaction is induced to society. In my opinion, it is very complicated to change this opinion of the judiciary later, when you tell a man that he is bad, he will think he is bad. There are flaws in the judiciary, but they are not in the volume in which we are induced to think they are. This is probably what makes the judges afraid to speak out; they don’t want to appear vulnerable in relation to criminal investigation bodies. These are just a few things the judges discuss among themselves. Mass dismissal from the judiciary is not good for society,” considers Clima.

The president of the Association of Judges does not mention, however, that most judges who announced their resignation from the system had controversial careers.

Galina Moscalciuc was targeted and criminally investigated, along with four other magistrates, in the case of the “bribe for judges”. The judge from the Chișinău Court of Appeal was detained on October 23, 2018, and then later released. In April 2019, the case was sent to court. On March 17, Galina Moscalciuc was acquitted.

Andrei Niculcea is the judge who, in June 2016, sentenced former Prime Minister Vladimir Filat to nine years in prison, and a year later, the judge sentenced Ilan Șor, the former mayor of Orhei, to seven years and six months in prison; the sentence, however, was to take effect only after it became final. Andrei Niculcea also passed a “secret” sentence to fine Vasile Botnari, former head of the Intelligence and Security Service, targeted in the case of the expulsion of Turkish teachers from the territory of Moldova. Recently, Rise Moldova wrote that Niculcea owns several undeclared million-dollar assets, and his concubine had business relations with people from Ilan Șor’s entourage.

ZdG previously wrote about Igor Mânăscurtă, that his mother sold a 7 hectare plot of land, located in Chișinău for 95,000 euros, the equivalent of 1,8 million lei. Iulia Mânăscurtă is 79 years old, is retired and lives in Fălești. She told the ZdG, that the land belonged to her daughter, who bought it on the money she earned abroad.

ZdG previously wrote that Igor Mânăscurtă, a former magistrate at Ciocana Court, Chişinău, is married to Carolina Mânăscurtă-Pascari, a lawyer at the Fenix office. Coincidentally or not, the office is located right next to the Ciocana Court, where judge Igor Mânăscurtă worked for 15 years. The father of the judge’s wife, Ghenadie Pascari, is also a lawyer in the same office. In 2018, ZdG also wrote A family from Chişinău managed to obtain confirmation of the hidden kinship relationship between Igor Mânăscurtă and Vladimir Volcov, a lawyer with 15-year-experience in the field. The Public Service Agency, the Superior Council of Magistracy and the courts either refused to provide information on the subject or denied the veracity of the relationship. However, this was confirmed by the judge’s mother herself, who, in a recorded conversation, provided details about the “secret” relationship between the judge and the lawyer. 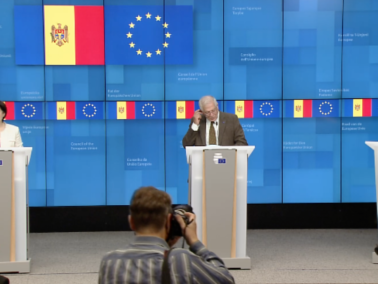 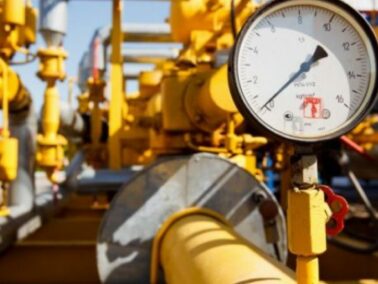 EXPERT: Gas crisis – the Situation Is Serious, Critical, but Manageable