EDITORIAL: The Evolution from Adrian to Hans

I had a short trip to Bucharest. Knowing that, at this time, the number of hospitalizations and deaths is staggering, I took a look at the way ordinary people look at the risks of the pandemic: masks are worn on the streets and most people wear them, you can not enter public institutions without a mask and without vaccination certificate. I was pleasantly impressed when even in one of the smallest places, the person was not in a hurry to take my money and sell me a coffee, he first asked for my vaccination certificate. I was even more surprised that the places are equipped with QR scanners. All this left me with the pleasant feeling that there is a way out and that Romania will soon come out of the disaster, especially since the number of vaccinated people increase. And I was also thinking that as the scanners have not yet reached our country, and the masks are already long abandoned, we should make an effort to learn from our neighbors.

On the way back, I took a taxi to the airport. The hotel called me a taxi that spoiled the whole success story. I took a seat in the vehicle and, through all the pores of the mask, I felt the smoke of a freshly smoked cigarette. I looked at the driver to get his attitude. Adrian is written on the dashboard. He is up to 35, a kindergarten girl, his daughter, smiles at him from the phone

– Where are you going, ma’am, with that mask?
– At the airport. And the mask is mandatory for everyone.

He takes it out of his pocket, slowly, grabs it by the ears, and pulls it under his beard with the attitude that he seems to follow the rules, though not at all.

– And do you really believe in this scarecrow? It’s a common cold. People die of cancer, of all diseases. As much as God gave you to live, that’s all you have, says Adrian, starting the car, scratching his nose, then touching all the devices he had at hand. He also told me that he was not vaccinated and that he was not going to.

I realized that no one had talked to him enough, not now, since the pandemic, but since he was born, to tell him about the health and social rules, about solidarity. I notice he hasn’t even put on his seat belt. I started slowly with the stories about how the polio vaccine saved thousands of children’s lives, cute as his daughter, from lifelong paralysis. Then I told him that people with cancer and stroke, which he thinks are real diseases, cannot be treated well in these conditions, because doctors are exhausted by those with COVID-19.

Adrian, tired of the lesson, called a friend. A long dialogue followed, for good minutes, yes, with the phone to his ear and holding the steering wheel. He complained to his friend that he was not doing well, that he was not earning much, that people were more stingy, that he no longer wants to be a taxi driver, that he has no money even for a beer in the evening, or for any other entertainment.

When he finished talking, he hung up. At the traffic light, while waiting, he opened a video game application and played for a few moments. It seemed to me that I was in a tragicomic movie. I wondered if my effort to explain to him some things was a good idea or it was better just to denounce him.

I made him sad: it’s not enough that I’m vaccinated, but I don’t even smoke. Arriving at the airport, the young taxi driver surrounded by gadgets told me that I could not pay by card, only cash. All the way to the airport, I compared Adrian to Hans.

I met Hans last week in Amsterdam. I was with a group of journalists and we called a taxi to take us to the Volkskrant newsroom. The car was impeccably clean, the driver seemed to be out of fashion magazines. He was wearing a mask and asked us to put it on because it was still mandatory in transport. He asked us if we had been vaccinated, told us that he too had been vaccinated, and then, we found out about his fascinating life story.

Taxi driving is his last profession. He spent most of his life in nightclubs. In his youth, he had bought several places in the Dutch capital and developed leisure businesses. At the age of 54, he felt that he was no longer so happy at the disco (yes, he went to parties every week for 30 years), so he made a plan: he sold his business and made a calculation that the money he got would be enough for him to travel to exotic islands for the rest of his life, as if on a continuous vacation. That’s what he did. He traveled, but only for a few months and gave up.

– Why?
– Because I felt different than I thought. I missed being part of a community, being useful, being at home.

Now Hans is a taxi driver. Not for money, for interest and pleasure. He works every day, just a few hours, to meet new people, to tell them about life, about civilization and the meanings of life. There is an educational, cognitive, and, implicitly, welfare gap between the two. In the Netherlands, the number of hospitalizations and deaths of COVID-19 is very small. 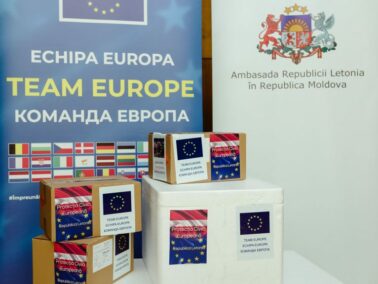 Latvia Donates Another Batch of Vaccines to Moldova 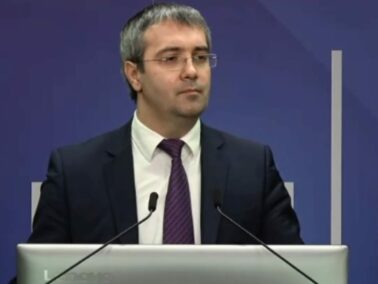