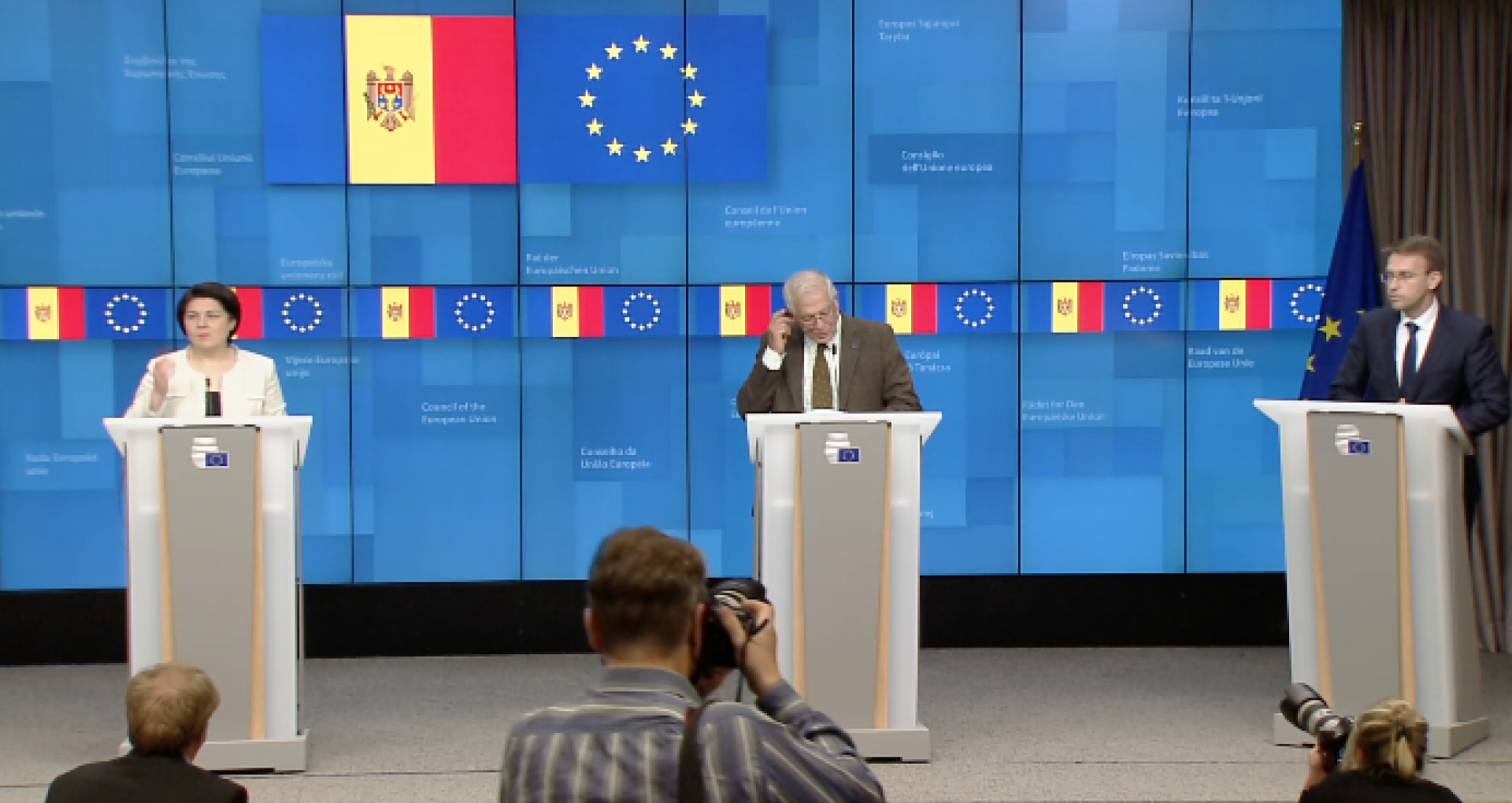 Prime Minister Natalia Gavrilița, the High Representative of the EU for Foreign Affairs, Josep Borrell, and the Commissioner for the European Neighborhood and Enlargement Policy, Oliver Varhely, made press statements on Thursday, October 28th.

The High Representative of the EU for Foreign Affairs stated that the European Union is ready to support Moldova to overcome the crisis in the Energy sector.

“We welcome your objectives to bring Moldova closer to the European Union. We discussed strengthening cooperation and implementing reforms. (…) We see attempts by Gazprom to put political pressure, we are in constant contact with the Prime Minister. In support, consultations were held to discuss the situation and medium-term support for Moldova. The EU is ready to support Moldova to emerge from the crisis. The budget support provided yesterday will allow Moldova to help vulnerable people. (…) We laid the foundations for serious goals. (…) We will not tell the Moldovan authorities what to do, they are a sovereign state. In the case of Moldova, natural gas is used as a political weapon. (…) We cannot compare the natural gas crisis in Moldova with that in Europe. We will try to support the people,” said EU High Representative for Foreign Affairs and Vice-President Josep Borrell.

Prime Minister Gavrilița thanked the European partners for the non-reimbursable assistance worth 60 million euros provided to Moldova for overcoming the crisis in the energy sector.

“We discussed the progress made and reaffirmed the commitments of Moldova. We have informed European partners about justice reform. We thank the European partners for their support for our country. (…) Yesterday the EU offered us 60 million euros in non-reimbursable aid, which is an additional amount to the economic recovery plan. We have launched a high-level dialogue in the field of energy. (…) We want the dialogue between Moldova and the EU to progress. We invite you to visit Moldova to continue the discussions in Chișinău on our common agenda. Moldova is interested in a long-term contract at a convenient price. We are advocating for a contract that we can honor. We had a relationship with Gazprom for years and we were reliable partners. Deputy Prime Minister Spînu is currently in St. Petersburg to negotiate with Gazprom. There is also some progress in the negotiations,” declared the prime minister Gavrilița.

Prime Minister Gavrilița is currently in Brussels at the sixth meeting of the EU-Moldova Association Council.

On October 27, during the meeting with Prime Minister Natalia Gavrilița, President of the European Commission, Ursula von der Leyen announced that the European Union will provide 60 million euros to Moldova for crisis management in the energy sector.

The Head of Government is accompanied by the Deputy Prime Minister, the Minister of Foreign Affairs and European Integration Nicu Popescu, the Minister of Economy Sergiu Gaibu, the Minister of Justice Sergiu Litvinenco. The agenda of the visit also includes a series of meetings with senior EU representatives, including Josep Borrell Fonteles, EU High Representative for Foreign Affairs and Security Policy, Kadri Simson, Commissioner for Energy, and Mariya Gabriel, European Commissioner for Innovation, Research. , Culture, Education and Youth, and Katarina Mathernova, Deputy Director-General of the European Commission’s Neighborhood and Enlargement Negotiations Directorate. 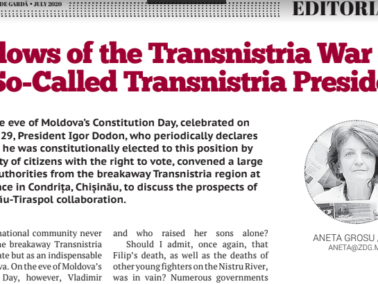 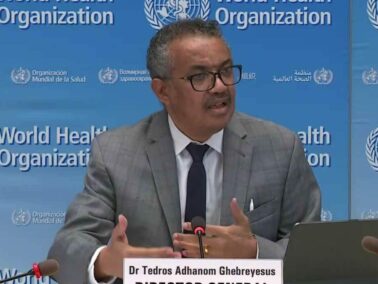