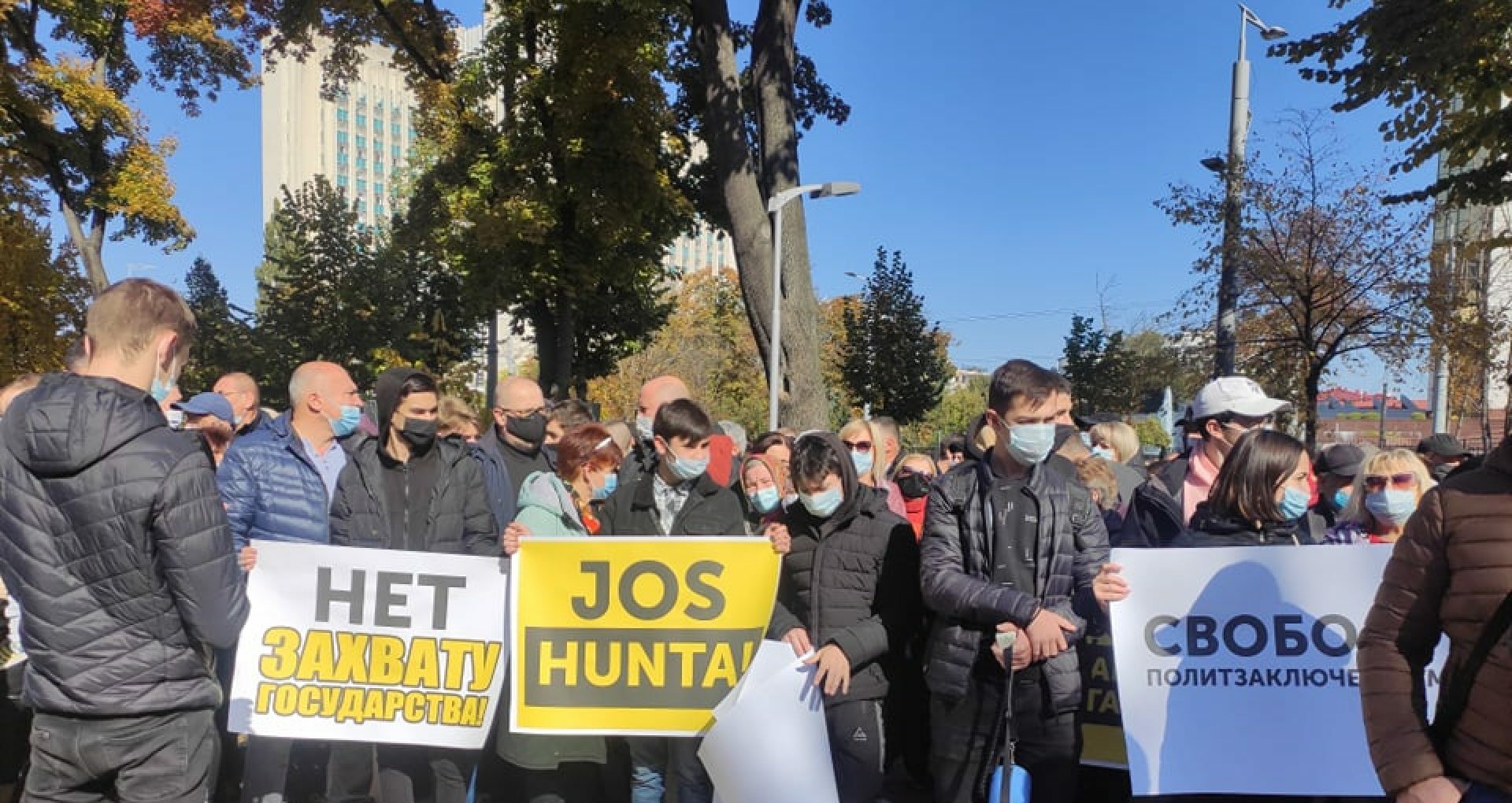 The Socialist and the Communist Parties organized the protest “We say no to dictatorship!” on Sunday, October 10 in support of the suspended prosecutor general, Aleksandr Stoianoglo.

During a press briefing, Igor Dodon called on the protest:

“I do not call you to take to the streets for Stoianoglo, because he is just an element. The only solution is to protest. I have seen calls for civil disobedience. I repeat, we are not protesting for Stoianoglo, but against high prices. Society protests against the regime. We invited you to the protest without political slogans, without badges, and if you want the leaders will not even go on stage. Sunday will be the first protest. There is only one demand – the resignation of the Parliament and the Government and the organization of early parliamentary and presidential elections. That must be the basic slogan,” said the Socialist leader.

At the protest in the center of Chișinău, the leaders of the Bloc of Communists and Socialists, Vladimir Voronin and Igor Dodon, led the crowd in front of the Parliament.

“A protest against fabricated files, against political persecution, bandit actions. We demanded the release of Alexandr Stoianoglo for legal reasons. He was placed under house arrest for illegal reasons. Can we endure such behavior when prosecutors and judges carry out political orders?

I came to say that we will not allow a return to the captured state. Justice must be transparent, fair, and guard the citizens. We want justice.

We came to tell those who have been silent these days – Shame!”, declared the Socialist deputy Vlad Batrîncea.

Former Chișinău prosecutor Ivan Diacov said at the protest that he had prevented prosecutor-general Alexandr Stoianoglo that he would be arrested.

“Three months ago, when the situation got worse, I went to Stoianoglo’s office. We had discussions. I told him, Aleksandr, they’re going to arrest you. He told me: ”I promised the people, I promised my colleagues, we created a collective. I don’t step back.” I told him a few times, he will be arrested.

Stoianoglo did wrong. You have to pay for your mistakes, but you can’t be arrested. People are being arrested only for serious crimes. Yes, Stoianoglo had to leave, but he basically wanted to serve until the end of the mandate. A moral mistake was made, a very strong mistake.

I want to address my former colleagues, prosecutors, former and current. Dear colleagues, you have had the courage to write a petition in support of the captured state, in support of Plahotniuc. Where is your courage when the best prosecutor of the last 30 years of Moldova is illegally arrested?”, said Ivan Diacov.

After the rally on Sunday, October 10, organized in Comrat district, several drivers blocked traffic in both directions at one of the entrances to Găgăuzia, writes gagauzinfo.md.

At this moment, the entrance to Găgăuzia from the North direction is blocked. After the rally in support of Alexandr Stoianoglo, dozens of drivers heading to Chișinău spread the flag of Găgăuzia all the way and blocked traffic in both directions. Mileage traffic jams have formed the local press reports. The head of Găgăuzia, Irina Vlah, made a public statement to the leadership of Moldova in which she “expresses her concern” regarding the suspension from office and the detention of the Prosecutor General Alexandr Stoianoglo.

The text of the resolution of the October 10 protest regarding the “restoration of the rule of law“, read in front of the protesters by the parliamentarian of the Bloc of Communists and Socialists, Adela Răileanu:

“We attest: witnessing an aggressive exercise of legal diversion and demolition of the pillars of democracy and the rule of law. Returning to the methods and instruments of the Plahotniuc regime, with the same compromised people serving the oligarchic interest, using the same subversive methods of shadowing the dramatic situation in the country and socio-economic problems, by directing television justice, with decisions taken and written scenarios outside the judges’ offices. and prosecutors.

We note: Absolute undermining of the universal principles of the rule of law and of constitutional and legal norms. Carrying out a raider attack on the prosecutor’s office system, with the use and involvement of the Intelligence and Security Service, based on a perverse desire to instill fear in society and capture this institution.

Likewise, we note that the society of Moldova, including the non-governmental environment, but also the political forces express their concern regarding the compliance of these political decisions, adopted by the new government, with the general principles enunciated in the Constitution. At the same time, the actions and events of 05.10.2021, of subjugation in political interests of the Prosecutor’s Office system can not be qualified as reforms, or as actions to protect the rule of law, but abuses committed for the subordination of the prosecution and the justice system as a whole. These illegal objectives are achieved through political persecution and defiance of the principles of legislative stability, as well as the irremovability and independence of these dignitaries. Literally, the government proceeds to the political subjugation of the state authorities, which, according to the law, enjoy independence and functional and operational immunity.

We condemn: The procedure of suspension and detention of the general prosecutor Alexandr Stoianoglo. We emphasize that the manner in which the alleged legal bodies acted, such as the Superior Council of Prosecutors, the prosecutor appointed on the case, and the Intelligence and Security Service, denotes the falsification of the Supreme Law and criminal procedure, especially in relation to subjects of constitutional law, such as the prosecutor general. In this way, it becomes clear that Alexandr Stoianoglo is the victim of political repression and the dictatorial desire to establish a prosecutor’s office hostile to society. 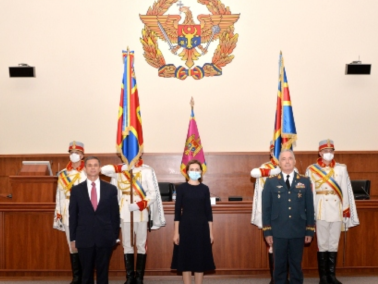 Romanian Minister of Defense Nicolae Ciucă Congratulates His Moldovan Counterpart Anatolie Nosatîi, After the Inauguration of the New Government