Dumitru Robu was selected as interim prosecutor general and submitted by the Superior Council of Prosecutors to President Maia Sandu for the appointment. The decision comes after the general prosecutor, Alexandr Stoianoglo, was suspended from office and detained for 72 hours yesterday evening, October 5.

Dumitru Robu came to public attention in 2017, when he managed the case of “paid parking lots”, in which the former mayor of Chișinău, Dorin Chirtoacă, was investigated. In July 2019, Dumitru Robu was appointed interim general prosecutor, by decree of the former president Igor Dodon. In 2019, ZdG wrote that Robu is the godson of the prosecutor Vera Chiranda, who had relations with the former Deputy Prime Minister and Minister of Internal Affairs, Andrei Năstase.

Through the Press Service of the General Prosecutor’s Office, Dumitru Robu admitted that his godmother is Vera Chiranda, a prosecutor in the Chișinău Prosecutor’s Office. Chiranda was detained in October 2018 in a bribery case that involved five judges, being accused of having mediated the transmission of money from interested persons to the magistrates concerned in the case.

The information about the fact that Andrei Năstase would be related to Vera Chiranda, was communicated to us by sources from the General Prosecutor’s Office. Contacted by phone on July 30, 2019, Nastase did not deny this relationship, mentioning that he must document himself in order to come up with a reaction. At the same time, however, Andrei Năstase declared that it has nothing to do with the appointment of Dumitru Robu as an interim general prosecutor.

Former President Igor Dodon signed on July 31, 2019, the decree on the appointment of Dumitru Robu as interim General Prosecutor, after on July 30, 2019, the Parliament voted a decision in this regard. Dumitru Robu was nominated for the position of interim general prosecutor by deputies Alexandru Slusari, Igor Grosu, and Vlad Batrîncea, although eight other candidates also submitted files for that position.

In December 2017, on the occasion of the 26th anniversary of the proclamation of the independence of Moldova, Dumitru Robu was decorated by former Prosecutor General Eduard Harunjen with the medal “For impeccable service” Class III.

In the wealth declaration for 2020, Robu indicates that he received a salary of 13,000 euros. Robu owns an 84-square-meter apartment, a garage, and two other real estate properties. The prosecutor is driving a Lexus CT200H, purchased in 2018 for 8,700 euros.

The appointment of an interim general prosecutor by the Superior Council of Prosecutors takes place in the context in which on Tuesday evening the general prosecutor Alexandr Stoianoglo was detained for 72 hours, after the anti-corruption prosecutor Victor Furtună ordered the initiation of criminal proceedings against him, following the information presented in a complaint by the Action and Solidarity Party deputy, Lilian Carp. 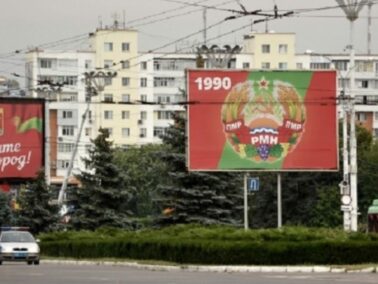 Four Moldovan Citizens Detained in the Transnistria Breakaway Region. What Do the Chisinau Authorities Say