In 2004, an extremely complicated judicial process was taking place in Chișinău, in a setting never seen before. I would call it the trial of the century. The OSCE office, then located on Mitropolit Dosoftei street, near the National Opera, had been transformed into an ECHR courtroom. Although the ECHR hearings are held exclusively in Strasbourg, the ECHR judges came to Chișinău, put on their robes and spent several days hearing victims and witnesses.

What was this historic trial about? It was about prisoners of war, political prisoners, death sentences, injustice and power built on the muscle of secret police and dark money. It was the notorious case No. 48787/99, entitled “Case of Ilașcu and others v. Moldova and Russia”. In this file, we encounter the name of Victor Gușan and see his activities before he became the most important Transnistrian tycoon.

Right from page 2 of this 266-page file, the applicant Ilie Ilașcu’s statement about the night of June 2, 1992, around 4 a.m., is reproduced. “The family was sleeping in his house in Tiraspol. At one point, the door opened and 5 or 6 soldiers who broke the door came in and hit him in the face with the gun butt and tied his hands behind his back. They took him out and put him in a Volga car. He saw in and around the courtyard 2 armoured cars and 50-60 soldiers led by Lieutenant Colonel Vladimir Gorbov. The applicant recognized Victor Gușan of the Transnistrian Secret Service among the people who entered the house and searched it. The applicant also stated that he had no weapons or explosives in the house. When the applicant’s wife (Nina Ilașcu, n.a.) asked why they arrested him, Gușan replied that since he (Ilașcu) is a leader of the Popular Front and since there was a war on, they considered him dangerous and he had to be detained. The applicant was taken to the Ministry of Security building in Tiraspol and locked in a cell in the basement”.

Victor Gușan’s name appears several times in the case “Ilascu and others v. Moldova and Russia”. In this case, two states were found guilty and ordered to pay compensation for decades of illegal detention, torture and suffering of the four detainees, their families and relatives.

Ilie Ilașcu is the only one of the four to have been sentenced to death, but he is also the only one who, while in detention, became a member of the Parliament in Chișinău, then a member of the Romanian Parliament, then a member of Romania’s parliamentary delegation to the Council of Europe. As an MEP illegally imprisoned in Tiraspol, the issue of Ilașcu and his group was discussed in the highest European forums and, after 9 years of detention, he was released. Ilașcu later settled in Bucharest, served as a Romanian senator and then retired from public service, living a modest life.

The other 3 members of the Ilașcu Group were imprisoned for 15 years each, and after their release they settled in Chișinău, also living modestly.

Victor Gușan however seems to have lived a different life from those arrested. Having allegedly participated in the arrest, search and interrogation of detainees by the Transnistrian and Russian secret services, he has enjoyed meteoric financial and economic success not only in the Transnistrian region but also in Chișinău and many European capitals, even on offshore islands. Just a year after Ilașcu’s arrest, in June 1993 Gușan created the Sheriff octopus, which spread its tentacles far beyond the region’s borders. In 1996 he had a network of supermarkets, in 1997 he had a sports club, in 1998 he launched his construction company, in 1999 he opened his “Mercedes-Benz” car showroom, in 2000 he built his sports complex, in 2003 his oil base was put into operation.

In 2004, when the historic trial with ECHR judges was taking place in Chisinau, where the name of Victor Gușan and the way he represented the KGB when arresting people was being discussed, he was simply creating new companies: Business Market SRL, involved in cigarette trading, was founded in 2004. Also in 2004, Gușan helped set up offshore companies in the Virgin Islands, doing millions in business annually. Within a year of that ECHR conviction, Sheriff privatised the Kvint cognac factory. It all continued until, in 2021, Sheriff’s opaque football team made it to the UEFA Champions League without local players. Thus, the financial circuit within Sheriff takes off and is fully validated internationally.

At the same time, members of the Ilașcu Group, and many other citizens, forced in 1992 to flee their homes because of the war supported by the Russian army and local secret services, live modestly or on the edge of poverty, far from their abandoned houses in Tiraspol, Tighina, Rezina. And the regimes condemned by the ECtHR in 2004 have simply prospered. 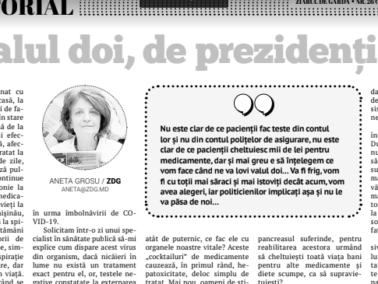