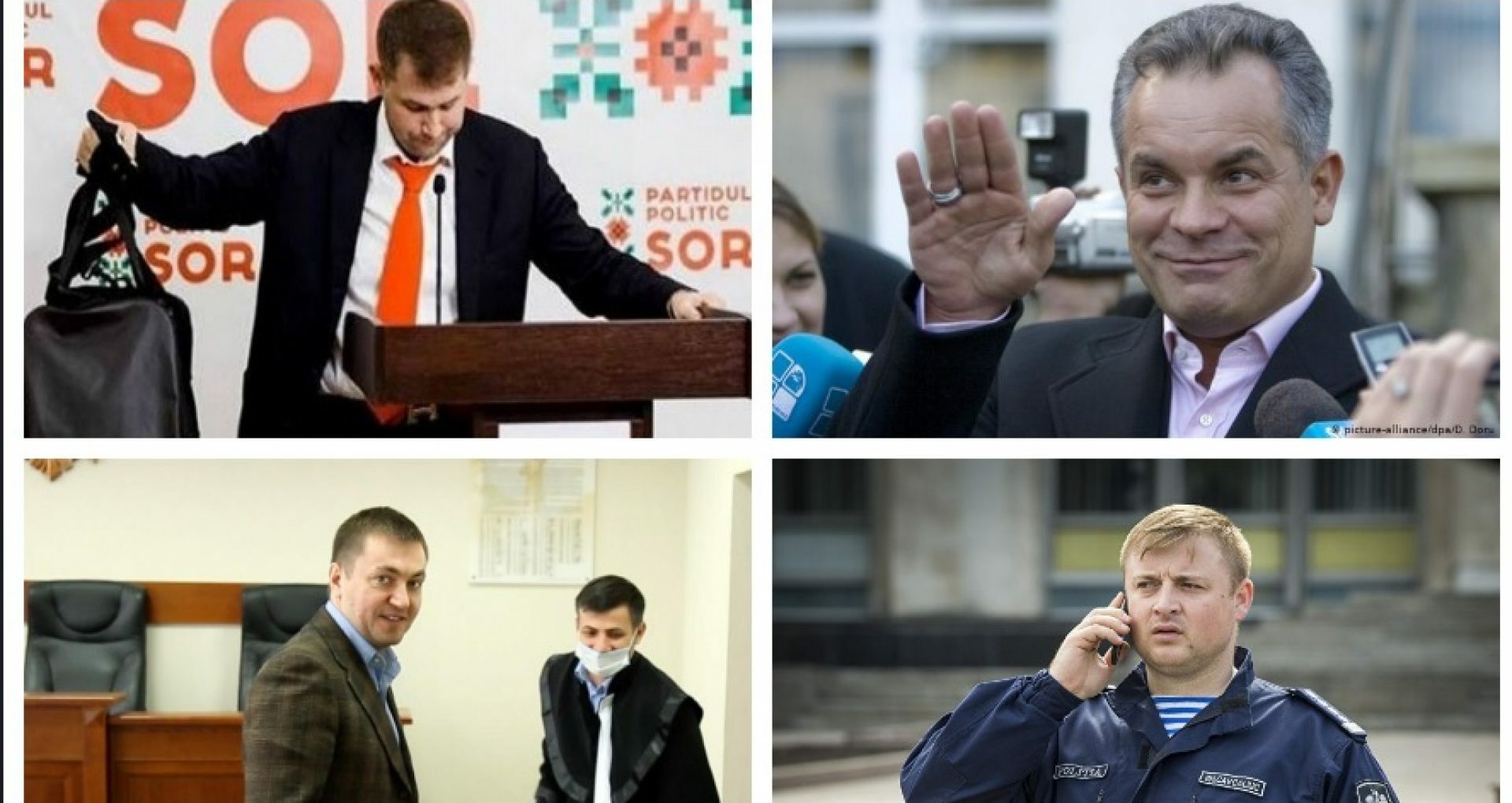 Prosecutor General Alexandr Stoianoglo had a briefing on Monday, October 4th. He made statements on the cases related to the runaway Ilan Shor, the oligarch Vlad Plahotniuc, the controversial businessman Veaceslav Platon, and the colonel Gheorghe Cavcaliuc, all politicians fled the country. Minister of Justice and Minister of Foreign Affairs commented on the statements describing them as illegal and dangerous.

Stoianoglo mentioned that the representatives of the General Prosecutor’s Office further assume that the former leader of the Democratic Party, Vladimir Plahotniuc, who fled Moldova in 2019 and has the status of accused in the billion-dollar bank fraud case, is in Turkey, saying that “current investigations are leading prosecutors to Romania and Saudi Arabia.”

“I do not know exactly. We assume that Plahotniuc is in Turkey. The investigations related to Plahotniuc take us to Romania, to Saudi Arabia, and to other countries. As for Plahotniuc, you know the situation, that Interpol refused to issue an international arrest warrant. This morning, I received the Pandora Papers information. We, in the near future, will start the investigation in this direction as well. We have to see first of all what kind of materials have appeared, how true they are and so on. (…) Our latest communications with colleagues in Turkey showed that he was there and then left. We have sent several requests to Turkey and we are waiting for answers. (…) Shor is wanted by national courts. Now, we have already completed a request to issue an international arrest warrant in other cases that we investigate,” said Alexandr Stoianoglo.

As for Colonel Gheorghe Cavcaliuc, who is wanted in the so-called brilliant green case, Stoianoglo mentions that if he does not return to the country in the near future, another preventive measure will be issued against him, namely the arrest.

“In Cavcaliuc’s case, the prosecutor has ordered his detention, and if he does not come in the near future in Moldova, the arrest measure will be changed,” Stoianoglo added.

In this context, Stoianoglo claims that he “does not understand” why the controversial businessman Veaceslav Platon fled Moldova.

“As for Platon, when he left the country, there were no measures. I really don’t know why Platon left. I declare that I have not seen him since 2009 and even then I did not have any relationship. I first saw him here, when he was heard in the billion-dollar bank fraud case. The prosecutors are not guilty of Platon’s leave. If he ran away, he only hurt himself. I generally don’t understand why he ran away. I never communicated, I only had last year, in 2020, at the end of the year, two or three meetings where I asked him to give help to investigate the billion-dollar bank fraud. Here, officially, we received him in this building,” declared the general prosecutor.

The Minister of Justice, Sergiu Litvinenco, describes the statement of General Prosecutor, Alexandr Stoianoglo, as an embarrassing one. In a post made on his Facebook page, the Minister of Justice claims that “Stoianoglo crossed a red line, using the position he holds in his own interest and this is a case of corruption and qualified influence peddling” and that all the statements made by the head of the General Prosecutor’s Office are sufficient to at least initiate disciplinary proceedings against him.

Also in the message posted, Litvinenco accuses that Stoianoglo tried several times to block the activity of the Superior Council of Prosecutors, but did not provide more details on this subject.

“I wanted to say more about Stoianoglo’s desperate attempts to block the work of the Superior Council of Prosecutors. But his embarrassing briefing requires a few comments, for the public to understand that we are dealing with an extraordinary case.

First of all, Stoianoglo crossed a red line, using the function he holds in his own interest and this is a case of corruption and qualified influence peddling. However, the violation of the right to privacy is admitted only in the interest of the criminal investigation and not in the personal interest of the individual who still holds the position of Prosecutor General.

Secondly, Stoianoglo indirectly confirmed that the so-called competition for his selection as Prosecutor General was rigged. The fact that he will be the “chosen one” was known before it began. It is clear that it was an appointment and not an election, and that this appointment was the result of a political bargain with Dodon.

Thirdly – and this is the worst – Stioanoglo admitted that he received favors from Platon, by asking him for help. We are talking about a favor offered by a defendant to a general prosecutor! Not only common sense (it is clear that Stoianoglo no longer has it), but even the law does not allow such a thing except within procedural mechanisms (witness, expert, etc.),” writes the Minister of Justice on Facebook.

In this context, Litvinenco also mentioned that “we have a weak prosecutor who has become a puppet in the hands of big corrupt and thieves” and that all the statements made by the Prosecutor General are sufficient to at least initiate disciplinary proceedings on behalf of his.

“All this is sufficient to at least initiate disciplinary proceedings. But maybe even more. At the end of the briefing, Stioanoglo was asked if he was making these statements out of desperation. It doesn’t matter what he answered. Stoioanoglo is desperate and tries to victimize himself. But he is not the victim of politics, as he tries to present, but of the incompetence and lack of verticality he has shown. We have a weak prosecutor who has become a puppet in the hands of the big corrupt and thieves who have stolen this country for decades. The citizens of this country deserve a general prosecutor who will defend the law, but not who will use the law to defend himself,” the minister also wrote.

The Minister of Foreign Affairs, Nici Popescu, also came with a reaction after the statements made by Alexandr Stoianoglo, describing them as “unfortunate and very dangerous in relation to foreign partners.” The Prosecutor General, Alexandr Stoianoglo, accused the former head of the Anticorruption Prosecutor’s Office, Viorel Morari, of sending information to the former ambassador of the European Union to Moldova, Peter Michalko.

“In connection with the unacceptable public statements of the current Prosecutor General and the involvement of the name of a high official of the European Union as a justification for personal and internal political quarrels is an unfortunate and very dangerous act in relation to our external partners. The investigation processes should strictly take into account the provisions of the Vienna Convention on Diplomatic Relations and avoid any actions that endanger the integrity of diplomatic communication or that would harm the status of diplomatic personnel accredited in Moldova. I categorically condemn this attitude, being well known that the reform of the judiciary and the eradication of corruption are part of our commitments requested by the citizens and which are constantly on the agenda in the dialogue with the EU,” mentioned Nicu Popescu.

Alexandr Stoianoglo stated in his briefing that they decoded and deciphered the correspondence on one of the phones used by the former head of the Anticorruption Prosecutor’s Office, Viorel Morari, accusing him of sending information to “representatives of the government to discredit the image of General Prosecutor’s Office.” They also found several discussions between Morari and the former ambassador of the European Union in Chișinău, Peter Michalko. Stoianoglo said that Viorel Morari “reported to the former head of the EU delegation more information from the Prosecutor’s Office to discredit the image of the institution.”

“Peter Michalko was in close correspondence with Viorel Morari. The consequences are obvious given the media NGOs that are funded to be independent. Morari’s dialogue with Michalko began when the competition for the Prosecutor General position took place. After that, Viorel Morari reported all the movements in the Prosecutor’s Office. On the same day, Viorel Morari complained to Michalko reporting to the ambassador that he ordered the annulment of the ordinance regarding the financing of the Socialist Party,” said Alexandr Stoianoglo.

On September 1, the Interpol National Bureau in Chișinău addressed a request to the General Secretariat of the International Criminal Police Organization INTERPOL in Lyon, France, requesting the search for the controversial businessman Veaceslav Platon and politician – Colonel Gheorghe Cavcaliuc, after both fled Moldova after the July 11 parliamentary elections.

Viorel Țentiu, head of the International Police Cooperation Directorate of the General Inspectorate of Police mentioned for ZdG that in Platon’s case, his extradition and arrest were requested, and in Cavcaliuc’s case, his location was requested.

On August 2, the prosecutors requested an arrest warrant with the search warrant for the arrest of Veaceslav Platon, after he left Moldova.

The controversial businessman Veaceslav Platon flew from Chisinau to Prague on Sunday evening, July 19, from there he flew to London. Later, in a post on Facebook, Platon confirmed that he is in London.

On June 14, the controversial businessman, Veaceslav Platon, sentenced in 2017 to 18 years in prison for allegedly obtaining, through illegal schemes, about 47 million euros from the Banca de Economii bank, then released and re-tried, was acquitted in the bank fraud case.

On July 20, four members of Build Europe Home Party were sent to the court, and the president of the party, Gheorghe Cavcaliuc, was announced in search, in the brilliant green case. Later, the Cavcaliuc was seen in London, in the Paddington district.

Vladimir Plahotniuc left Moldova in June 2019, after the party he led, the Democratic Party of Moldova, left the governance. Following Plahotniuc’s departure from the country, on his behalf, several criminal cases have been initiated.

Ilan Shor, regarding whom the ban on leaving the country is applied, appeared in the public space for the last time on June 12, 2019, during a press conference. It happened two days before the Democratic Party of Moldova lost power and went into opposition.

On July 30, 2019, the Ministry of Internal Affairs declared that Ilan Shor had left the country illegally and that he had been announced in a national and international search. On August 15, 2019, at the request of the interim general prosecutor, Dumitru Robu, the deputies lifted Ilan Shor’s parliamentary immunity. 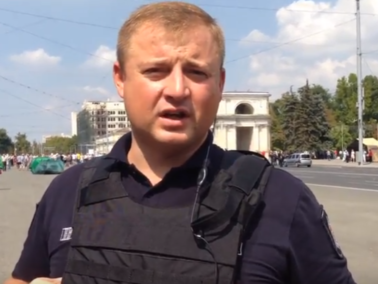 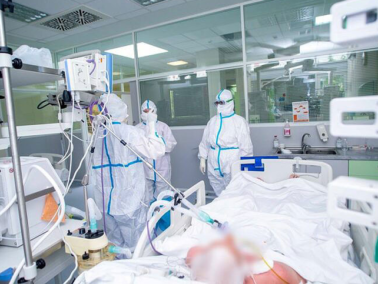