Prime Minister Natalia Gavrilița had a meeting with Charles Michel, President of the European Council on Monday, September 27, during her official visit to Brussels.

“Natalia Gavrilița thanked the senior European official for the support that the European Council offers to our country, this support being extremely important for strengthening democratic processes, reforming justice and state institutions, economic recovery, and job creation, and increasing welfare. Likewise, the officials had an exchange of views regarding the priorities for the Eastern Partnership Summit, which is to be held this December,” it is mentioned in the communiqué.

In this context, Prime Minister Gavrilița spoke about justice and anti-corruption reform, the investigation of the billion-dollar bank fraud, the management of the COVID-19 pandemic, and the economic and social support package for relaunching economic growth.

“The EU is open to continue to support Moldova and the ambitious reform agenda it proposes. Moldova is an important partner for us,” said Charles Michel.

Natalia Gavrilița expressed her confidence that the current visit will lay the foundations for boosting relations between Moldova and the European Union, so that, in the next period, it will be possible to advance high-level dialogues on security, justice, and energy.

From 27 to 28 September, Natalia Gavrilița pays a working visit to Brussels. During the visit, Gavrilița will have meetings with the High Representative of the European Union for Foreign Affairs and Security Policy, Josep Borrell Fontelles. 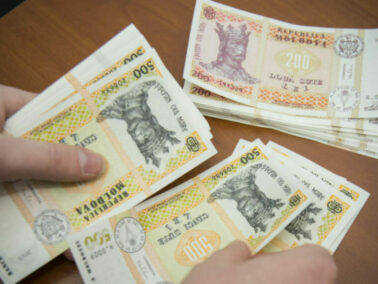