The Moldovan and the Ukrainian Ministers of Defense Met in Kyiv: “they agreed on boosting bilateral cooperation through initiatives and projects beneficial to both armies”

The Moldovan Minister of Defense, Anatolie Nosatîi agreed with his Ukrainian counterpart, Andrii Taran, during a meeting in Kyiv, on the impetus of bilateral cooperation through initiative and beneficial projects for both armies.

Minister Anatolie Nosatîi highlighted some of his priorities set at the beginning of his term, namely: reforming the National Army by developing military capabilities, strengthening bilateral and multilateral partnerships in the field of national defense and security with Moldova’s strategic partners, and intensifying institutional contributions to Moldova, ensuring peace by participating in international missions.

The official specified that he relies on Ukraine’s expertise in achieving their goals.

Minister of Defense Anatolie Nosatîi was on an official visit to Kyiv on August 23-25, as part of the Moldovan delegation, led by President Maia Sandu, where she participated in the military parade held on the occasion of Ukraine’s Independence Day.

The National Army detached a flag-bearing group from the event, consisting of four soldiers from the Honor Guard Company. Moldovan soldiers marched on Khreshchatyk Boulevard in Kyiv, along with representatives of the armies of Ukraine, Georgia, Estonia, Lithuania, Sweden, Denmark, Portugal, Croatia and Poland. 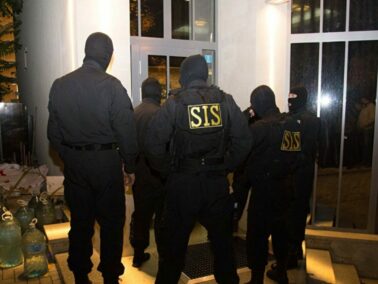