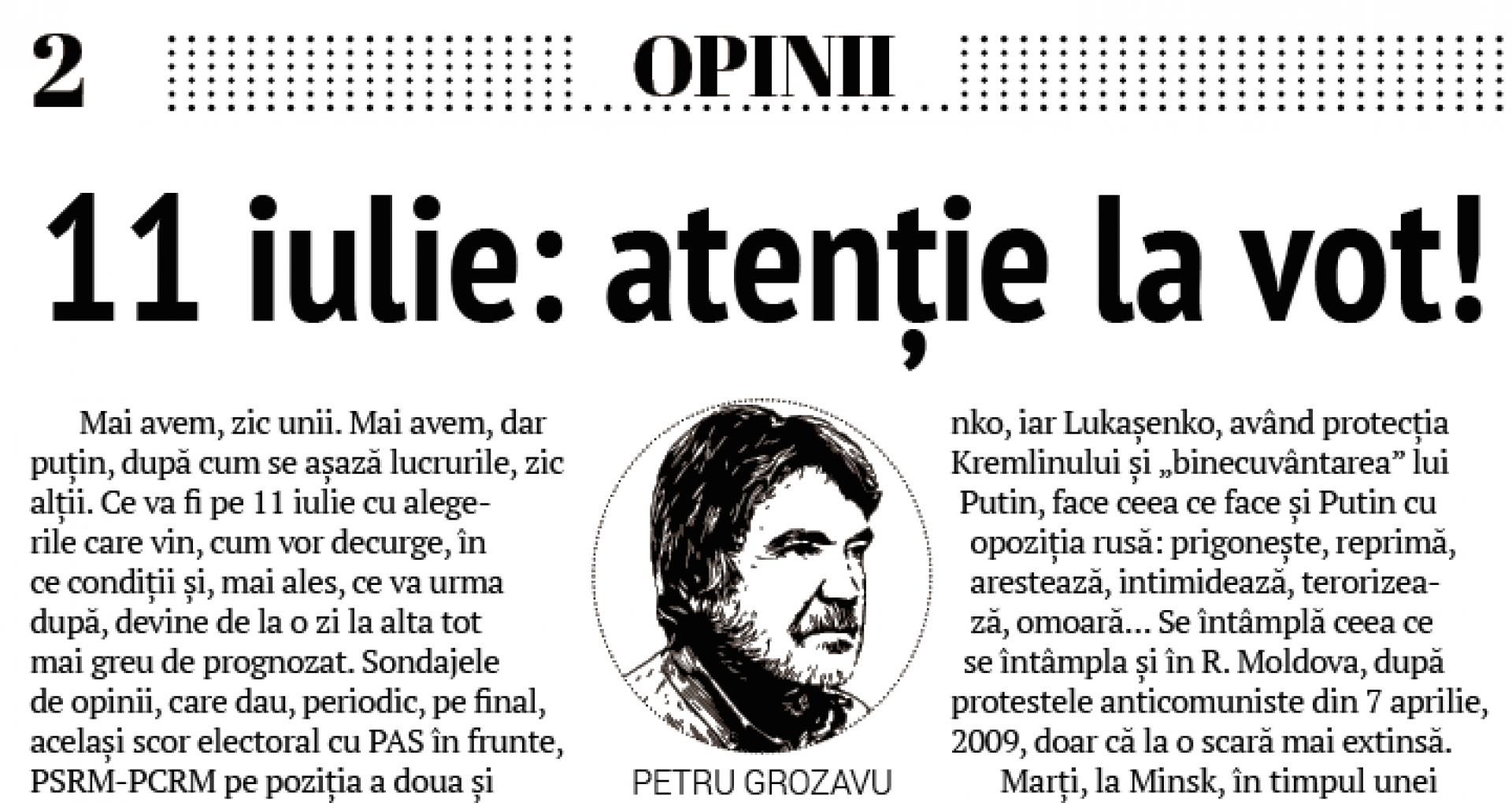 Things will change soon, some say. However, nobody can predict the results of the early elections on July 11. Opinion polls, which from time to time give the same electoral results with the Action and Solidarity Party in the lead, followed by the Socialist-Communist Block and the Shor Party on the second and third positions, actually create more confusion than clarity and leave a lot of room for all kinds of speculation. There may be surprises, both in the final results and in the finality or non-finality of the election, as it happened on April 5, 2009, in Moldova. Politics is a game in which, generally, rules matter less or do not matter at all.

For now, the only thing that remains certain about the July 11 elections, is that Moscow, with the coordinated effort of the Moldovan political left, is preparing to retaliate for the loss at the presidential elections in November 2020. In any case, Russia’s interest in these elections remains high and it is clear that Moscow is preparing to fight hard to maintain control over the power in Moldova, at least those still controlled by it: the parliament and the government. The desperate motto of the Socialist Party “the country is in danger” is not the fruit of Igor Dodon’s imagination; it is part of the strategies made by Russian political technologists campaigning in favour of socialists, communists and their kind. Moscow does not want to repeat the example of Ukraine in February 2014 nor the case of Belarus in August 2020. In 2014, following the Maidan, Russia lost Victor Yanukovych as well as Ukraine. In the 2020 presidential elections in Belarus, Moscow managed through electoral fraud to keep Alexander Lukashenko at the helm. However, it failed to end popular unrest, stabilize Belarus and keep it on a short leash. Almost a year after the elections, Belarus is still boiling.

Regarding Ukraine, Russia took care not to withdraw with an empty hand; it occupied Crimea and made Kyiv face an ongoing military conflict in Donbas, which has been killing people for more than six years. And yet … Crimea and Donbas are not all of Ukraine. Russia’s reasoning in holding to Belarus is similar or almost identical to that in Ukraine. Putin realizes, against the background of the protests in Minsk, which have not stopped for a year, that there will be no social peace in Belarus with Lukashenko as president, and that Lukashenko will no longer represent the whole country. Yet, Putin wouldn’t give up; he cannot afford it because otherwise, Russia would lose Belarus, as it lost Ukraine after withdrawing Yanukovych.

Currently, the opposition continues to protest in Minsk, demanding Lukashenko’s resignation.  Backed up by Kremlin and with Putin’s “blessing”, Lukashenko does what Putin does with the Russian opposition: he persecutes, represses, arrests, intimidates, terrorizes, kills … What is currently happening in Belarus is similar to the reprisals following the anti-communist protests of April 7, 2009, in Moldova, only on a larger scale.

On Tuesday in Minsk, during a court hearing, Stepan Latipov, who was accused of participating in anti-regime protests, cut his throat “in protest against the terror in Belarus” He was ”threatened with the persecution of his family and neighbors, if he does not admit his guilt,” the leader of the opposition Svetlana Tihanovskaia wrote on Twitter from exile. This happened a week after the hijacking case, controlled by Alexandr Lukashenko, of the Ryanair passenger plane on the Athens-Vilnius route and the arrest of the Belarusian journalist and political dissident Roman Protasevich. Protasevich is part of Svetlana Tihanovskaya’s team and he lived in Vilnius. The incident shocked the European Union and the United States. The case was classified as an act of terrorism. EU leaders have called on European airlines to avoid the airspace of Belarus and have restricted Belarusian companies’ access to European space and airports. Lukashenko described the EU’s move as an “excuse to destabilize the situation in Belarus.” How can one destabilize an already destabilized situation?

On May 30, Lukashenko and Putin met in Sochi. Their discussion lasted for five hours. We can only assume what they discussed there, however, following this meeting, Belarus restricted the travel abroad for its citizens, except for holders of a permanent residence permit in a foreign state. The authorities did not explain their decision, while the opposition described it as abuse and violation of the right to free movement. Opposition leader Svetlana Tihanovskaya wrote on social media that with President Lukashenko Belarus is increasingly turning into a ‘North Korea of Europe.’

Maybe we shouldn’t have focused too much on Belarus and what is happening to Belarusians. However, we did it for at least two reasons. First, we are facing early elections. And second, we have Lukashenko’s fans in our politics, who idealize his despotism. Renato Usatîi does not hide the fact that he would like to be a Lukashenko and Igor Dodon while visiting Minsk a month ago, praised him for the violence with which he repressed the post-election protests.

“It is good that you managed to keep the situation under control, resisting such pressure. My colleagues told me: Igor Nicolaevich, we must act like in Belarus… You are great! You showed us an example.”

In conclusion: on July 11, we have to go to the polls, which we, unlike Dodon and his associates, clearly want as in Germany, France, or Sweden and not as in Belarus. Therefore, careful who you vote for! 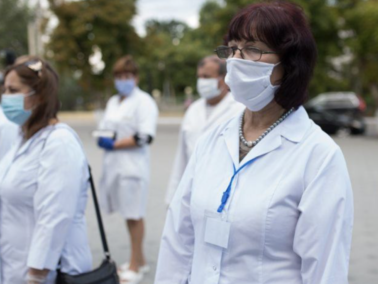 Maia Sandu, Together with Several Ministers, will Pay a Visit to Bucharest on November 23th