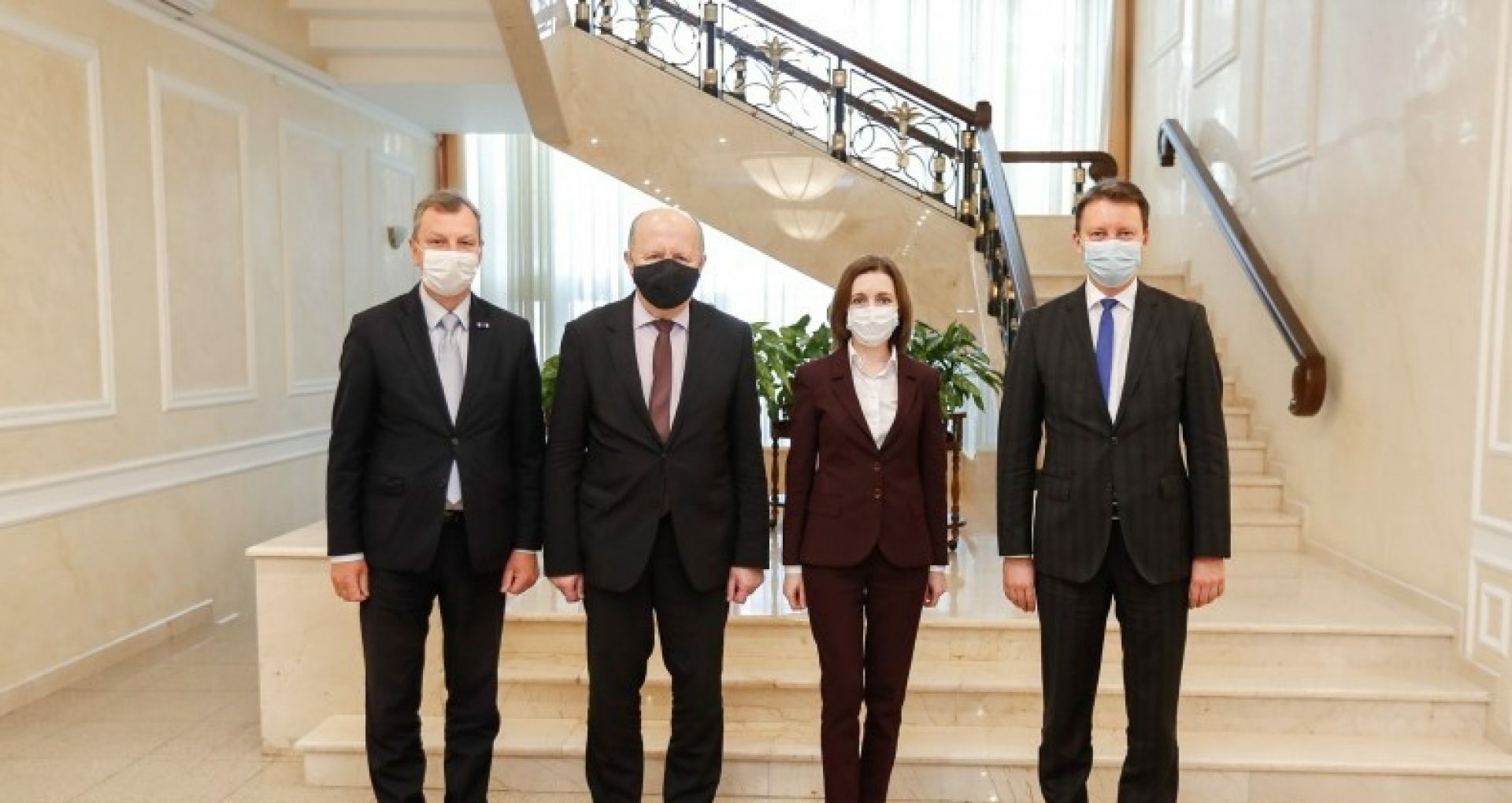 President Sandu met with three Members of the European Parliament that are on an official visit to Moldova. They discussed Moldova’s agenda related to the EU, the political situation in the country, and the preparation for early parliamentary elections.

Three MEPs, Siegfried Mureșan, Andrius Kubilius, and Andrej Halicki, who are on a working visit to Chișinău, had a meeting on Tuesday, May 25, with President Maia Sandu, during which they discussed the agenda with the EU, the political situation in Moldova, and the preparation for early elections. According to the chairman of the European Parliament Delegation for relations with Moldova, Siegfried Mureșan, the visit will last until Friday, May 29.

“It is very important to ensure all citizens of our country, no matter where they are, the right and opportunity to vote. I expressed my hope that enough people will support the election to transform Moldova into a modern state. This will allow us to start a real reform of the judiciary and to make a combined anti-corruption effort in the country,” said President Sandu.

The Presidency note states that President Sandu “reviewed the efforts made to combat the Covid-19 pandemic and thanked the EU for its help.”

“I conveyed to the MEPs my gratitude for the support of the European institutions in bringing the vaccine to Moldova and providing our health system with protective equipment,” said Maia Sandu.

Moldova will Receive 24.8 Million Euros from the World Bank for the Purchase of Vaccines