When is Plahotniuc coming back? 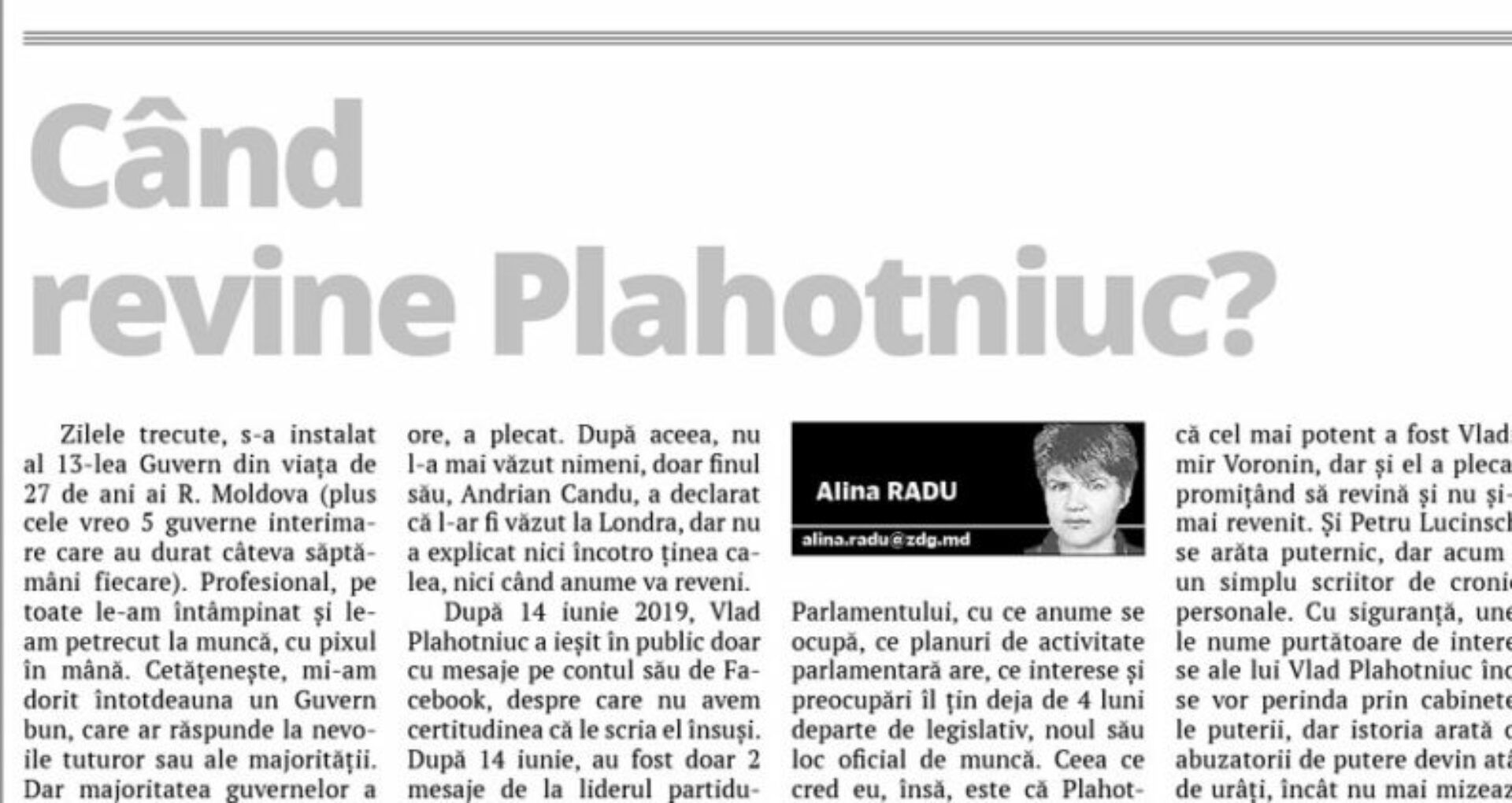 Very recently, the 13th Government in the 27 years life of the Republic of Moldova was invested (not counting another 5 short-lived interim governments). Professionally, I greeted and parted with all of them working, pen in my hand. As a citizen, I always wanted a good government that would meet the needs of everyone or of the majority. But most governments have only addressed the interests of some minorities. And so, all went away, unpunished, but also forgotten.

Immediately after the February elections, Plahotniuc disappeared. It is clear that he had been working on something in this time, but given that his position obliged him to be present in the public space — he failed to meet this statutory obligation. Then he appeared, in about two months, with the promise that he would not leave the political opponents to their own devices, only to leave again in a few days. He’s had another comeback show, the most grotesque of many there have been, with turkeys, chanting on stages, forced applause, and paid supporters. Then, in just a few hours, he left. After that, no one else saw him, only his godson, Andrian Candu, said he’d seen him in London. Candu did not explain either where he was going, or when he would come back.

After June 14, 2019, Vlad Plahotniuc came out in public only with Facebook posts. It is noc clear that he wrote these posts himself. After June 14, there were only 2 messages from the leader of the party that ruled for so many years. One says the PD goes into opposition; another message, a week later, says he is withdrawing from PD leadership. Since then, Plahotniuc has not written any posts on social networks, nor on the Edelweiss page, vlog, blog, or anywhere else. Some of his staff sends messages here about a potential come back, and a stronger one.

Personally, I do not know whether he will come back or not. Because a politician, a member of the Parliament, normally has the statutory and moral obligation to go out publicly and to explain to his voters and to all the citizens who contribute to the existence of Parliament, what he is dealing with, what parliamentary activity plans he has, what interests and concerns have been keeping him away from the legislature for 4 months, his new official work place. I think, however, that Plahotniuc, even if he returns – will no longer be strong. Not because I would know something about Plahotniuc, but because I’ve watched all others for almost three decades, and here’s how it went.

Sangheli, Ciubuc, Tarlev, Bragis, they were said to have firms, businesses and political control, they had structures and money. But each of them, when leaving power, could never make a come back. Of course, they were “simple” prime ministers, not “state” coordinators, but I can not forget the mightiness they postured as leaders, nor the anonymity with which they left. Among the “coordinators” of Moldova, one of the most powerful was Vladimir Voronin, but he also left, promising to come back and never returned. Petru Lucinschi looked strong as well, but now he’s just a personal chronicles writer. Certainly, some of Vlad Plahotniuc’s proteges will still be going through the cabinets of power, but history shows that power abusers become so hated that no one counts on them. These days, there are more and more frequent voices in Plahotniuc’s entourage saying that their leader has left to defend his own interests and wealth, and they remained alone in a haze.

In order to close this vicious circle of people who come to power for personal enrichment and to exhaust the citizens and the state, only one thing is needed: punishments granted by law, for each individual abuse. Perhaps the 13th Government of the Republic of Moldova will achieve this performance. If not, it will have to leave. But even so, Plahotniuc will not return. 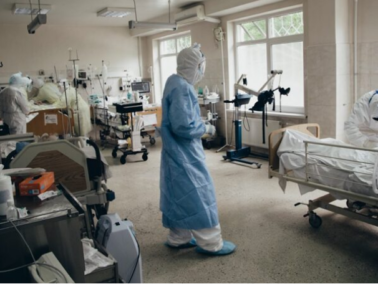 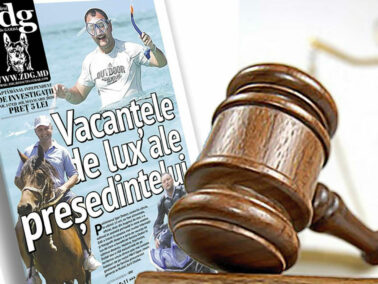