The Moldovan Officials and their Luxurious Quarantine on Public Money 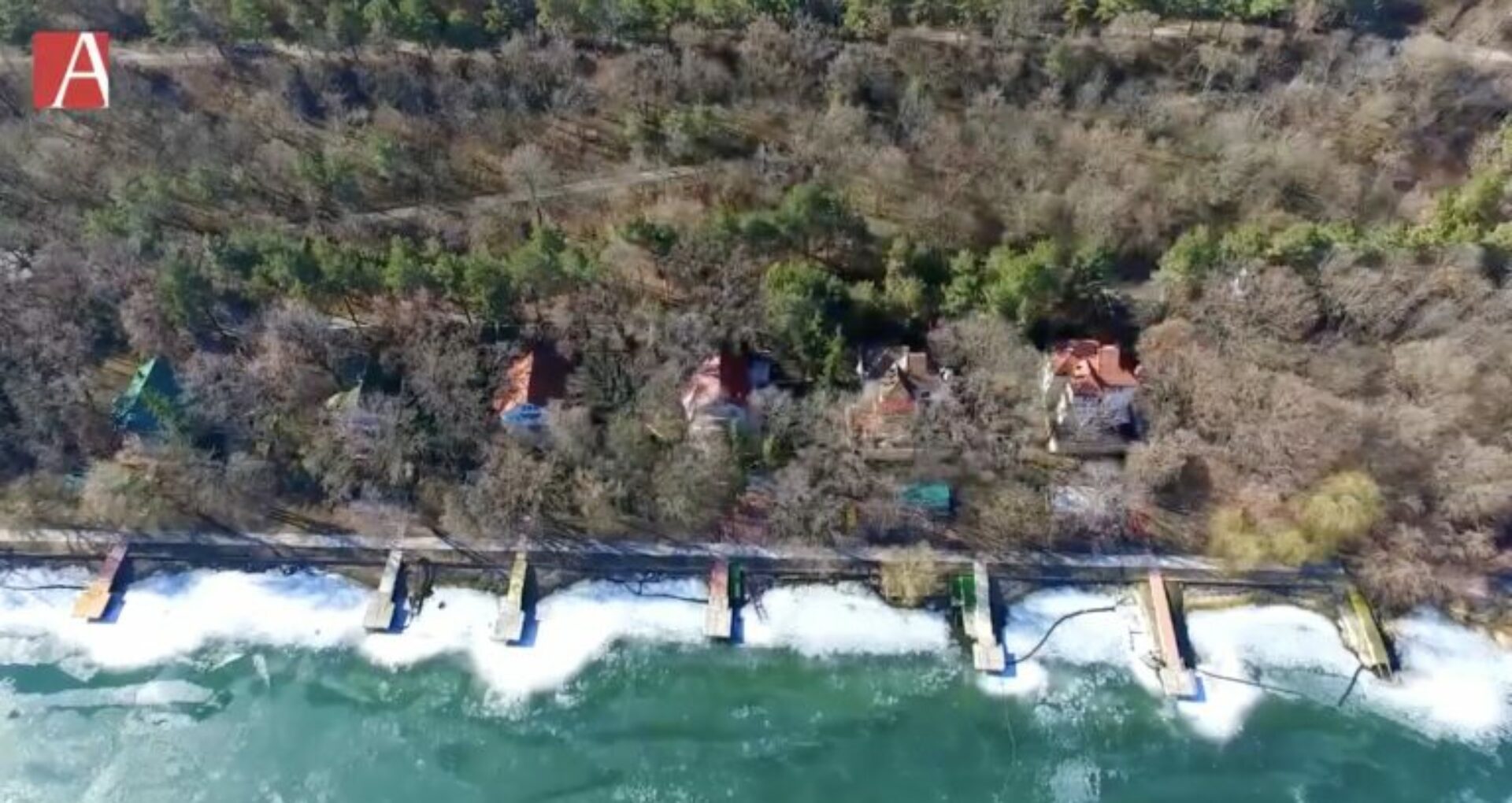 In the pandemic year 2020, 11 state institutions – ministries and government agencies – paid over 100,000 euros from public money to rent villas located in a picturesque area, on the bank of the Nistru River. In addition to the rent price, some institutions also paid for the utility bills separately. Some villas were used exclusively by the heads of the institutions and their families, which led, in one case, to the initiation of an internal investigation and the notification of the Prosecutor’s Office.

We asked the institutions to explain why they rent villas during the 2020 emergency period, but also who were the people who benefited from them. At the date of publication of this investigation, only eight out of 11 institutions answered our questions. However, the answers were incomplete and vague, and the names of the beneficiaries were not being disclosed. Also, many answers contain similar or even identical arguments and wording, which indicates that the answers were coordinated.

In the summer of 2020, at the end of the state of emergency, the State Protection and Guard Service, an institution that ensures the protection of Moldovan dignitaries, signed a four-month lease agreement for a villa from the Holercani complex, paying 4000 euros.

Our sources from the security institution told us that the villa was used exclusively by the family of the former director – Iaroslav Martin. They also told us that, after the dismissal of Martin from office, the new management initiated a service investigation in which the former director is accused of using the villa in his personal interest instead of free access to all the institution’s employees. “Also, he used the service car in his personal interests and provided his wife and daughter with cars and fuel bought by the institution. On weekends, the Martin family organized parties and fishing parties with their friends and relatives,” wrote our source. We got these details after the institution issued several press releases announcing that they had initiated investigations or notified the law enforcement bodies regarding the “rental of a residential space for personal purposes, the use of service cars for personal purposes, but also the “appropriation of the fuel allocated to the institution for service purposes”.

In an official response to our request for information about the villa in Holercani, the institution admitted that the villa was used for personal purposes by the former director, but did not provide any details.

“The State Protection and Guard Services notified the Prosecutor’s Office on the case of Holercani Pension this year. It is too early to say anything on this subject in order not to affect the examination of the case. Our institution wants to shed light on this case, and we assure you that we will answer the questions as soon as it will be legally possible,” says the institution’s answer.

Iaroslav Martin: “In my view, this information is restricted”

Iaroslav Martin, the former director of the State Protection and Guard Services until December 30, 2020, avoided telling us who needed and used the villa.

Iaroslav Martin (IM): ”This information, in my view, is restricted and I do not want you to publicly announce who used the vila and for what purpose. If you want correct information, ask the Municipal Prosecutor’s Office and the State Protection and Guard Services and you will have answers.”

ZdG: Our sources from the State Protection and Guard Services say that, in fact, during the four months, the villa was used only by you and your family. I ask you in this context.

I.M .: This is the vision of bad intended people, but I can’t confirm or deny the information because it is restricted and I don’t have the right to …

ZdG: Mr. Martin, it’s a simple question: did you and your family use this villa or not?

I.M .: It seems that we speak the same language but you don’t understand me at all. I answered you very clearly and you may interpret my answer as you wish. Ask the institutions…

ZdG: Your answer seems more like avoiding the answer. I ask a simple question…

After this dialogue, the call interrupted. Several minutes later, Iaroslav Martin returned and told us that the villa was used “for service purposes”, not specifying exactly what “service purpose”  it was.

The Ministry of Justice is another state institution that leased a villa in the Holercani complex. The lease contract, valid for 9 months, entered into force on April 1, 2020, when a state of emergency was already declared in Moldova, and the uncertainty and health crisis were constantly increasing. According to the data provided by the company that manages the villa, the Ministry of Justice paid 7,500 euros for nine months of rent. We asked the Ministry of Justice to inform us what was the need for this villa in a pandemic period, for what purposes the villa was used, who are the ministry representatives who used it, and what are the maintenance payments. The ministry’s answer is unclear, with obscure phrases, and does not contain direct answers to our questions.

“The house with a residential destination is leased continuously from 2004 until now, along with other central public authorities, they are used according to the destination and according to the discretion of the tenant authority. Therefore, there is a long history of renting, and the attacks directed, obviously selectively, are justified, especially in the context of current events, the multitude of perspectives and goals, which distort the principle of objectivity,” says the response of the Ministry of Justice.

They refused to tell us who were the officials from the ministry who used the villa, referring to the respect of private and family life.

“We would like to mention that the provisions of the European Convention on Human Rights, as well as the national legislation, guarantee every Moldovan citizen the right for private and family life, and no interest, advancement in rating and other favors, cannot allow nor can they be admitted as long as they infringe on human rights and freedoms, by undermining honor and dignity,” says the Ministry of Justice answer.

Public Property Agency – another institution but the same arguments

The Public Property Agency, an institution that manages state assets, paid 4,000 euros to rent a villa for four months. We asked the state agency what were the arguments for renting such a villa that generated so many costs. As in the case of the Ministry of Justice, the Public Property Agency’s answer did not contain the names of the persons that used the villa, and the arguments were practically identical to those of the Ministry.

Same story with other institutions

We received an answer with arguments and wordings similar to those offered by the Ministry of Justice and the Public Property Agency from the National Agency for the Settlement of Appeals that is managed by the former communist deputy and, later, democrat Anatolie Zagorodnîi. The institution rented a house paying 2,500 euros. This institution refused to disclose the names of people that used the house on the same basis of the protection of private life. The answer ended with the same sentence as in the case of the Ministry of Justice and the Public Property Agency, namely that ”thanks to the fact that these houses are constantly rented, it ensures a more strict control and does not admit the state goods to degrade, and ensures salaries to the employees that work there.”

We received similar answers, containing exactly the same arguments, from other state institutions that rented villas on the banks of the Nistru river. The note from the Ministry of Education, Culture, and Research is identical to that provided by the Agency for Settlement of Appeals and only the amount paid for the villa differs. The Ministry paid 12,500 euros for the villa.

The Ministry of Defense’s response was worded differently from the rest of the answers, although it did not disclose the names of the beneficiaries or even the amount paid for utility bills.

The representatives of the Customs Service, an institution that paid 18,000 euros to have a villa on the bank of the Nistru river available throughout the year, told us that

“Taking into account the destination, facilities, accommodation capacity, but also due to the pandemic situation, some employees of the Customs Service and their family members spent their free time in the pension, in conditions of strict isolation”, only that they “did not express their consent to disclose their identity.” The Customs Service also states that “the object in question [the rented villa e.n.] is also intended to provide accommodation to members of foreign delegations during official visits organized by the Customs Service.”

“With regard to the question of ending the contract, we inform you that, taking into account the pandemic situation and health restrictions in Moldova and the call to avoid as much as possible to be in crowded spaces, we preserved the contract so that the employees have the possibility to recreate in their free time, in conditions of isolation”, it is also said in the Customs Service’s response. 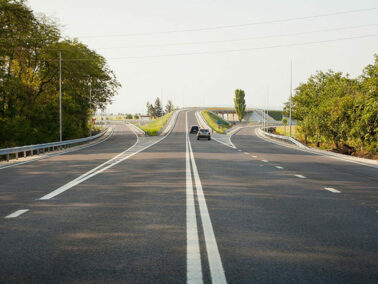 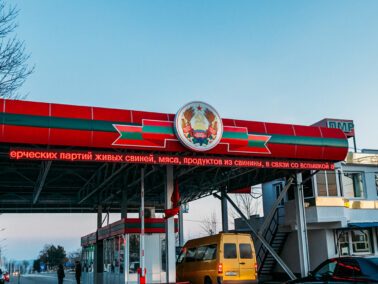