Last year, Moldova’s diplomatic missions spent more than 163,000 (3.5 million Moldovan lei) euros on the purchase of five new cars. The acquisition came in a pandemic year when the state health system was in crisis and the Government even initiated a fundraising campaign to combat COVID-19. The authorities claim they spent no additional financial resources and that the purchases were necessary.

On March 17, 2020, the Ministry of Finance announced in a press release that the Government launched a fundraising campaign to combat COVID-19 and opened three bank accounts for donations. In the year when the state asked citizens to contribute with financial donations, the Ministry of Finance approved the purchase of five new cars for the diplomatic missions of Moldova. Internally, the state was facing an exhausted medical system, but externally we had to “maintain the public image of the country,” as deputy Prime Minister Aureliu Ciocoi said.

The purchases done for diplomatic missions abroad amounted to 163,000 euros which, according to Aureliu Ciocoi, represented the savings of the embassies over the past year.

“These five cars were purchased for our diplomatic missions on funds the respective embassies had saved. No additional euros were spent from the country’s budget. The Ministry of Finance approved the purchase of the vehicles from the embassie’s savings,” said interim Prime Minister Aureliu Ciocoi recently during a talk show.

The representatives of the Ministry of Foreign Affairs and European Integration (MFAEI) claim a similar motivation, stating that the procurements were based on an established budget, without allocating additional financial means.

The most expensive car purchased in 2020 went to the Embassy of Moldova in France. The institution purchased a Volvo XC90 SUV, its cost amounting to about 40,000 euros. According to the interim Prime Minister, the car was the cheapest in the offer.

The Ministry procured the SUV for the Embassy in Paris, where Eugeniu Revenco, the current Secretary General of the Ministry of Foreign Affairs, will take office. Igor Dodon signed a decree in this regard in November 2020, but Eugeniu Revenco has not yet arrived in Paris, he still serves as Secretary General. In a discussion with Eugeniu Revenco, he informed us that the order regarding his delegation to the position of ambassador was extended with the state of emergency and that he has to remain in Chișinău.

Before Eugeniu Revenco gets to the Embassy in Paris, however, he is currently the one who signs the Ministry permits for the missions’ acquisitions. Revenco also authorized the purchase of the car for the mission where he is delegated to serve. ZdG asked Eugeniu Revenco about a conflict of interest in his approval of the most expensive purchase for the embassy in Paris, given that he will become its beneficiary. The Secretary stated that he “carried out his duties.”

A new car was purchased for Moldova’s Embassy in the United States of America. Eugeniu Caras, the foreign policy adviser in the office of former President Igor Dodon, became Ambassador in the U.S. last year. According to the Ministry, the mission purchased a Toyota Sienna car, worth about 29,000 euros, to replace a car of the same model, purchased in 2010.

Sources at the Washington Embassy, ​​on condition of anonymity, told ZdG that the head of the mission requested and approved in 2020 to buy two new cars: a Toyota Avalon and a Toyota Sienna. However, the Ministry of Finance only accepted the purchase of a Toyota Sienna, manufactured in 2020.

The same sources also informed ZdG that they consider this purchase inadmissible in pandemic conditions when savings are necessary for the purchase of vaccines, tests, or protective equipment for COVID-19.

A luxury car for the Embassy of Ankara

In the midst of the pandemic crisis, the Moldovan foreign affairs institutions procured for the Embassy of Moldova in Turkey a Lexus E300h, worth almost 34,000 euros. The reason, according to the Ministry of Foreign Affairs, is fleet renewal. The mission in Ankara has a fleet of four cars, the most recently purchased is a Ford Turneo Custom, worth 25,000 euros.

Acting Minister Aureliu Ciocoi: “It is about the public image of the country”

Aureliu Ciocoi, the deputy minister in Foreign Affairs, considers that it was not possible to buy cheaper cars.

“As a career diplomat, I can say that coming to the Ministry of Foreign Affairs of the country of residence with a Renault Clio, be it black, makes a big difference. It’s a matter of code. Diplomacy, in general, is a luxury and it is about the image of the country, not of the ambassador’s image. The ambassador, wherever he/she goes to an official meeting with someone from the Embassy at the Presidency, at the Government, they must represent the status of the country. And then, whether we like it or not, we have to maintain the public image of the country,” says Aureliu Ciocoi.

“They could have waited with the purchases.”

Expert Ion Tăbârță from the independent research and advocacy think tank VIITORUL states that car purchasing during a pandemic has become a problem both externally, in the case of diplomatic missions, and internally, in the case of several district councils and mayors who also purchased new cars. Moreover, the expert points out that some dignitaries have already become accustomed to spending money, not necessarily as needed.

“I do not think that the cars of the diplomatic missions were that old and a German protocol was to be followed strictly. During the pandemic, when we have limited resources and beg money from everyone, officials replace their cars in diplomatic missions. I don’t think it was urgent and that someone would have pointed a finger at us. Yes, indeed, there are rigid protocols in the diplomatic world, but I think we need to prioritize and assess current possibilities. From the point of view of aspects of morality, professional ethics, when we are in a difficult situation, cars should not be a priority. They could have waited,” considers Ion Tăbârță.

The procedure for purchasing cars

A 2019 report of the Court of Accounts of  Moldova, emphasized, in the context of procurement for diplomatic missions, the “absence of approved norms on capping the costs of procuring vehicles, resources, the complexity of the institution activity, brand, accessories, and equipment for means of transport, etc. Such norms would ensure that the resources are used in accordance with the principle of budgetary performance.”

The legal framework provides that the Ministry of Foreign Affairs authorizes the purchase of vehicles for the diplomatic missions of Moldova. In a discussion with the institution’s officials, they informed us that the vehicles are purchased following the requests received from the Embassies and that procurements for diplomatic missions are authorized, as a rule, at the end of the year, when reallocations are approved. In practice, the Embassies bid for the purchase of cars, select the optimal option, and request an opinion from the Ministry; subsequently, the Ministry of Finance approves the offer.

The car fleet of diplomatic missions has 127 cars

Thus, in 2020, the authorities approved the acquisition of five cars for diplomatic missions in: Ankara, Barcelona, Nice, Paris, and Washington. Three applications were rejected in the approval procedure. For comparison, in 2019, 14 new vehicles were purchased at the total price of about 327,000 euros.

In total, the fleet of diplomatic missions and consular offices includes 127 registered cars, 64 of which, according to the Ministry, “reached the limit of 100% depreciation” (i.e. seven to 17 years old). 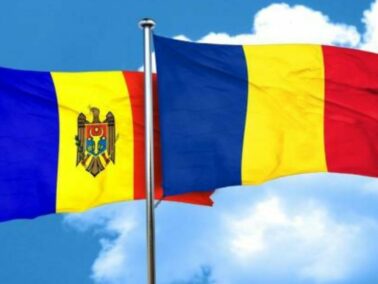 The Romanian 100 Million Euros Financial Aid to Moldova Was Extended 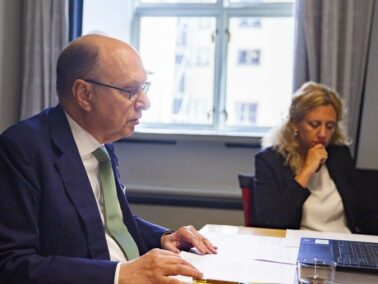