The Costs for Political Vaccination 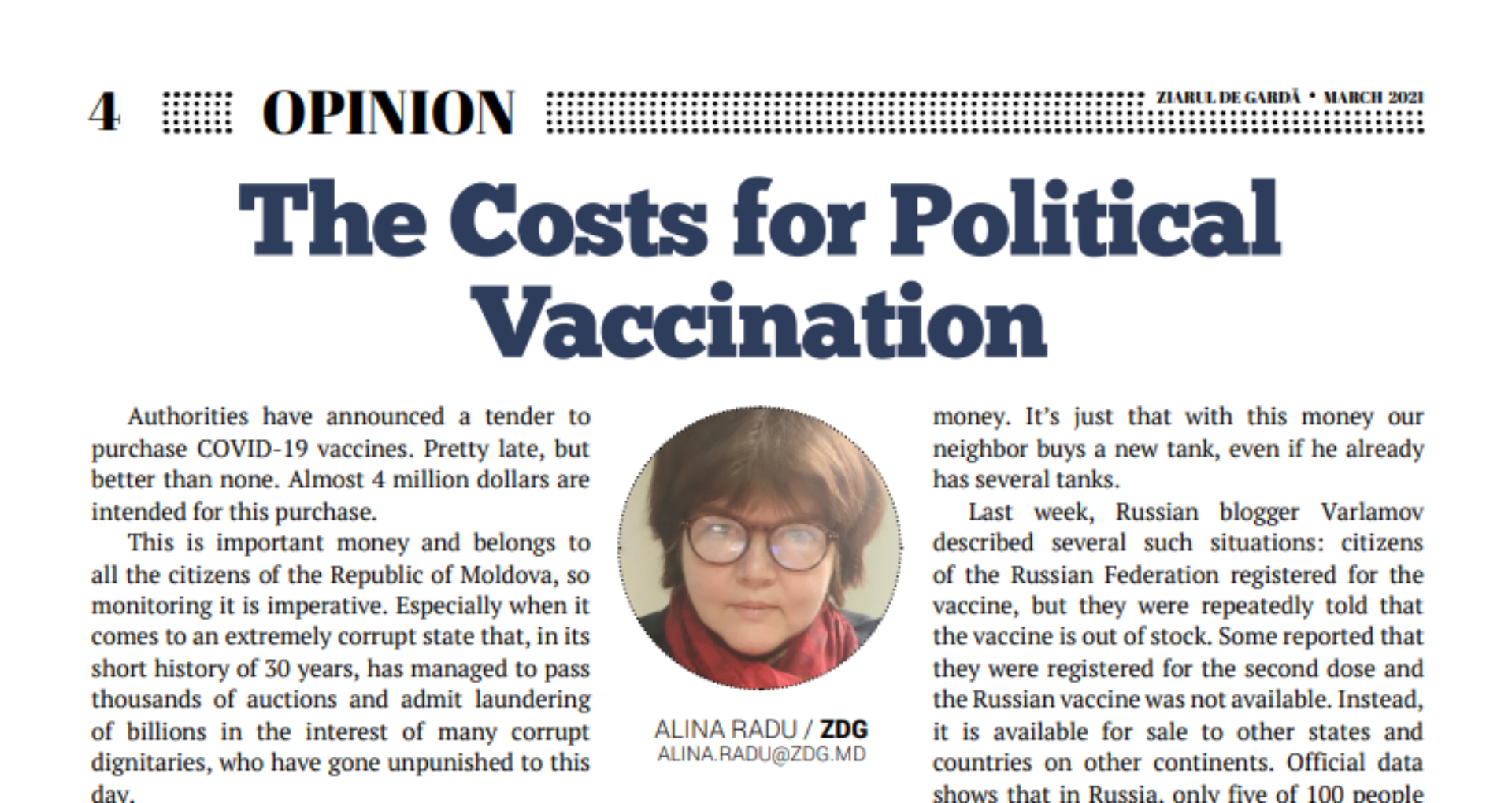 The Moldovan authorities have announced a tender to purchase COVID-19 vaccines. Pretty late, but better than none. Almost 4 million dollars are intended for this purchase.

This is a big sum of money that belongs to all the citizens of Moldova, so it is imperative to be cautious. Especially when it comes to an extremely corrupt state that, in its short history of 30 years, has managed to pass thousands of auctions and admit laundering of billions in the interest of many corrupt officials, who have gone unpunished to this day.

No auction should be rigged, but it is even more important to be transparent when it comes to vaccines. All the more so for a vaccine auction in a state where people have been using mobile phones for 25 years and have been vaccinated for 80 years, but only this year they began to consider that the phone waves interfere with … vaccines.

The auction rule says that the cheapest bid wins. It’s a wonderful principle to save public money to the fullest. But too many questions suddenly appear.

In addition to the question of each taxpayer whether the cheapest vaccine is the most effective, the question of a journalist in a corrupt state is: who exactly will get the 4 million dollars? No doubt the money should go to vaccine manufacturers without intermediaries. However, there are intermediaries and it seems that there is only one producer: the Russian Federation.

Vaccines are produced by biologists, not politicians, so it should not matter the state they come from. Or does it?

Last week, Russian blogger Varlamov described several such situations: citizens of the Russian Federation registered for the vaccine, but they were repeatedly told that the vaccine is out of stock. Some reported that they were registered for the second dose and the Russian vaccine was not available. Instead, it is available for sale to other states and countries on other continents. Official data shows that in Russia, only five of 100 people are vaccinated. Almost like in Moldova, which has no vaccine, no money, and no democracy.

Let’s analyze a hypothetical situation. A few years ago, your neighbor installed some tanks and boxes of explosives in your backyard. He promised in a written form that he would withdraw them by 1994, but now is 2021, and he did not withdraw them. Moreover, he has fenced off the part of your yard where the tanks are and now your children do not have a play yard and you can’t have a garden. Now, because you don’t have much room for vegetables in your own backyard, you have to buy them. The neighbor with the tanks sends some intermediaries who offer you raspberries at a very good price, especially if you buy them wholesale. With your money, your neighbor will buy another tank and will probably install it next to the others in your backyard. But it’s a good price, right? And you’re going to eat raspberries.

This week, investigative reporters from Confidencial, Nicaragua, published an interesting article about a donation from the Russian Federation: 250 public transport buses that were used in Russia to transport police to protest, where they violently repressed the citizens“ demands on human rights were given to Nicaragua. The buses bear the traces of abused Russian citizens and they are offered as a gift to Latin American citizens, a gesture that should be appreciated, right?

The price of any transaction has also an ethical component. There is nothing cheap if it comes from corrupt people, abusers, and torturers. There is no public money to be given to torturers. At least as long as it is possible to procure the same things, without intermediaries, from producers not affiliated with the torturers. 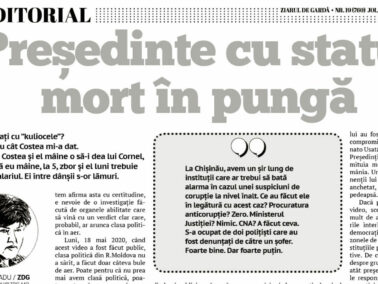 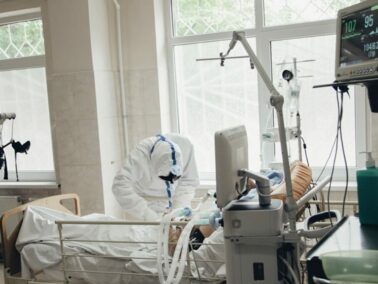