In Search of a Clean Parliament 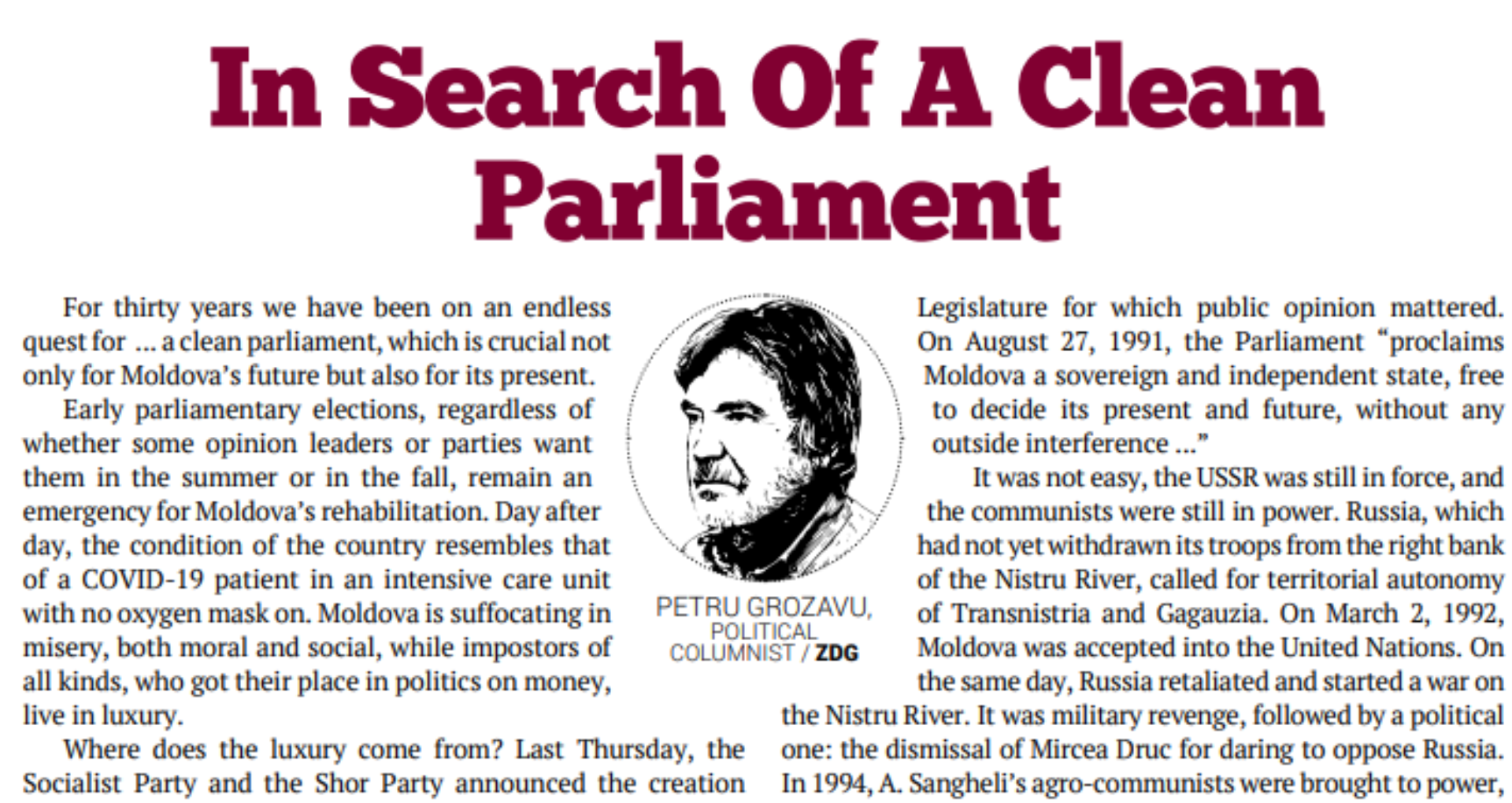 For 30 years we have been fighting corruption, lies, theft, state banditry, and smuggling. However, we haven’t moved far because robbers, smugglers, and bandits bought their deputy mandates and are in parliament now. Try to count the number of scientists, writers, or priests we have in Parliament?

For thirty years we have been on an endless quest for a clean parliament, which is crucial not only for Moldova’s future but for its present also.

Early parliamentary elections, regardless of whether some parties want them in the summer or in the fall, remain an emergency for Moldova’s rehabilitation. Day by day, the condition of the country resembles that of a COVID-19 patient in an intensive care unit with no oxygen mask on. Moldova is suffocating in misery, both moral and social, while impostors of all kinds, who got their place in politics on money, live in luxury.

Where does the luxury come from? Last Thursday, the Socialist Party and the Shor Party announced the creation of a new alliance in government. Damn it, after 30 years of sacrifices on the altar of Independence we still accept Shor, the main offender in the billion-dollar bank fraud, as well as Dodon, suspected of involvement in various corruption schemes, as masters of the Parliament and the Government.

It is high time we understood that Moldova, de facto, no longer belongs to us, that it is in the hands of thieves and swindlers, and that everything that happens in Moldova is to benefit them on our expenses.

In 1990, in the wake of Gorbachev’s perestroika, after 46 years of Soviet rule in Basarabia, Moldovans went to the polls and elected their first parliament. It was, to say the least, an EVENT. The First Parliament is all that has been most seriously achieved in Moldovan politics in 30 years. The Parliament of 1990 was an elite one (vanguard of writing, science, religion, culture, arts, justice, education …), committed to self-sacrifice in the struggle for national liberation and revival. The deputies of the First Parliament did not indulge themselves; they served Moldova and the national ideals. It was our Golden Parliament. Since then, we have not had deputies applauded by the assembled crowds after the Parliament sittings. The 1990 Parliament and the street acted hand in hand in adopting the fundamental decisions for Moldova – the Declaration of Sovereignty was voted on June 23, 1990, first in the Great National Assembly Square, then in the Parliament. On August 27, 1990, the situation was repeated. The Declaration of Independence is first voted in the Great National Assembly Square, then in the Parliament. The Romanian language, the Latin alphabet, the Anthem, the Coat of Arms, The Flag – all were voted with the approval of the so-called Street Parliament”. It was a Legislature for which public opinion mattered. On August 27, 1991, the Parliament “proclaims Moldova a sovereign and independent state, free to decide its present and future, without any outside interference”

It was not easy, the USSR was still in force, and the communists were still in power. Russia, which had not yet withdrawn its troops from the right bank of the Nistru River, called for territorial autonomy of Transnistria and Gagauzia. On March 2, 1992, Moldova was accepted into the United Nations. On the same day, Russia retaliated and started a war on the Nistru River. It was military revenge, followed by a political one: the dismissal of Mircea Druc for daring to oppose Russia. In 1994, A. Sangheli’s agro-communists were brought to power, which, with the exception of the Ion Sturza Government, began the era of the leftist governments, ruled by Moscow. Since 1994, the elite intellectuals are removed from politics and the era of elite thieves began.

For 30 years we have been fighting corruption, lies, theft, state banditry, and smuggling. However, we haven’t moved far because robbers, smugglers, and bandits bought their deputy mandates and are in parliament. Try to count the number of scientists, writers, or priests we have in Parliament? There are none. There are countless people with lots of troubles instead.

To have a party like Shor’s in the Parliament crosses the line, considering that its leader, Ilan Shor, is sentenced to seven and a half years in prison and is currently a fugitive deputy, hiding abroad. Last Monday, the Prosecutor’s Office detained two other deputies of the same party on charges of embezzlement and money laundering.

The main problem is that these thieves are not simple pickpockets. They robbed the state premeditatedly; therefore it is a political diversion. There are opinions that special Russian services, through the left-winged parties, set up such diversions in the former Soviet republics to compromise the perspective of European integration. Difficult to believe, but it may be true.

Last Thursday, the Parliament was to vote for the new candidate for prime minister, nominated by Maia Sandu. Earlier, the Constitutional Court declared constitutional the Decree by which Maia Sandu appointed Igor Grosu as a candidate for the position of Prime Minister. However, the deputies of the Socialist Party, Shor Party, and the For Moldova faction left the sitting and due to the lack of quorum in the Parliament, the Grosu Government was not voted. 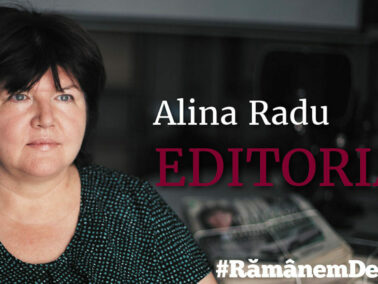