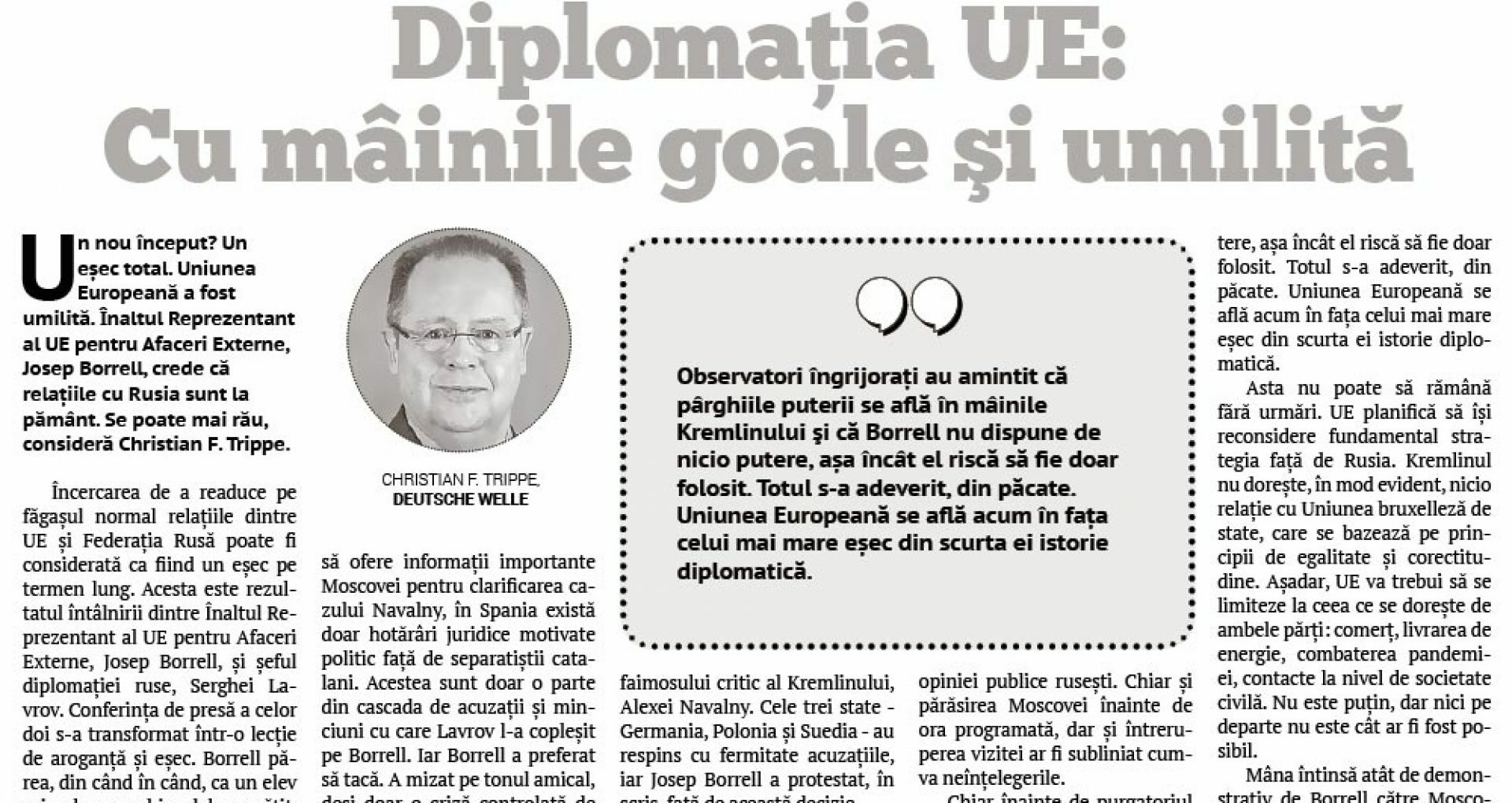 The attempt to restore relations between the European Union and the Russian Federation can be seen as a long-term failure. This is how the meeting between Josep Borrell, the European Union High Representative for Foreign Affairs, and Sergei Lavrov, the head of Russian diplomacy, was assessed. Their press conference turned into a lesson in arrogance and failure. At times, Borrell looked like a trapped, ill-prepared student. Sergei Lavrov, notoriously known for his habit of giving nothing to his negotiating partners, this time managed to even strip Borrell of his dignity.

The Russian foreign minister accused the European Union of not being trustworthy, he claimed that EU states, such as Germany and France, behaved “arrogantly” in their relations with Russia and refused to provide Moscow important information to elucidate the Navalny case, and that Spain adopts only politically motivated legal decisions concerning Catalan separatists. These are just some of the allegations and lies which Lavrov poured on Borrell, who preferred to keep silent. Borrell maintained his friendly tone, although only a controlled outburst of anger could have stopped Lavrov’s unrestrained tirade.

While the two top diplomats were playing this sad show to the press, the Ministry of Foreign Affairs, led by Lavrov, ended the insult. Three diplomats from EU countries will be expelled for allegedly participating in the protests generated by the arrest and conviction of the famed Kremlin critic Alexei Navalny. The three states in question – Germany, Poland and Sweden – strongly denied all allegations, and Josep Borrell protested, in writing, against this decision.

By Friday afternoon, it became clear that Borrell’s mission failed dramatically. The head of EU diplomacy, however, had to stay a few more hours in Moscow. He had some more things to do, like meeting with representatives of Navalny’s group, or trying to set things right for Russian public opinion. Leaving Moscow before the scheduled time, as well as interrupting his visit, would have somehow highlighted the misunderstandings.

Even before Borrell’s diplomatic purgatory, skeptical diplomats questioned the gains of his official visit to Moscow. Moreover, Alexey Navalny’s imprisonment was a serious reason to cancel the trip. Concerned observers pointed out that Kremlin controlled the levers of power and that Borrell is likely to be used. Unfortunately, everything came true. The European Union is now facing the biggest failure in its short history of diplomacy.

This can’t go unnoticed. The EU will fundamentally reconsider its strategy towards Russia. It is clear that Kremlin does not want any relationship with the EU based on the principles of equality and fairness. So the EU will have to restrict itself to issues interesting to both sides: trade, energy supplies, fighting COVID-19 pandemic, contacts at the level of civil society. This is quite a lot, but not nearly as much as it could have been.

Moscow brutally rejected Borrell’s open call for friendship. In the EU, some governments initially halted debates over new sanctions following Navalny’s sentence. But now that Borrell returns empty-handed and humiliated from Moscow, new sanctions are inevitable. The crisis has therefore not reached its climax yet. 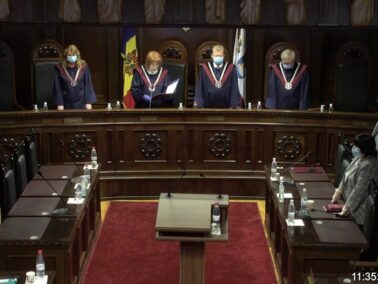