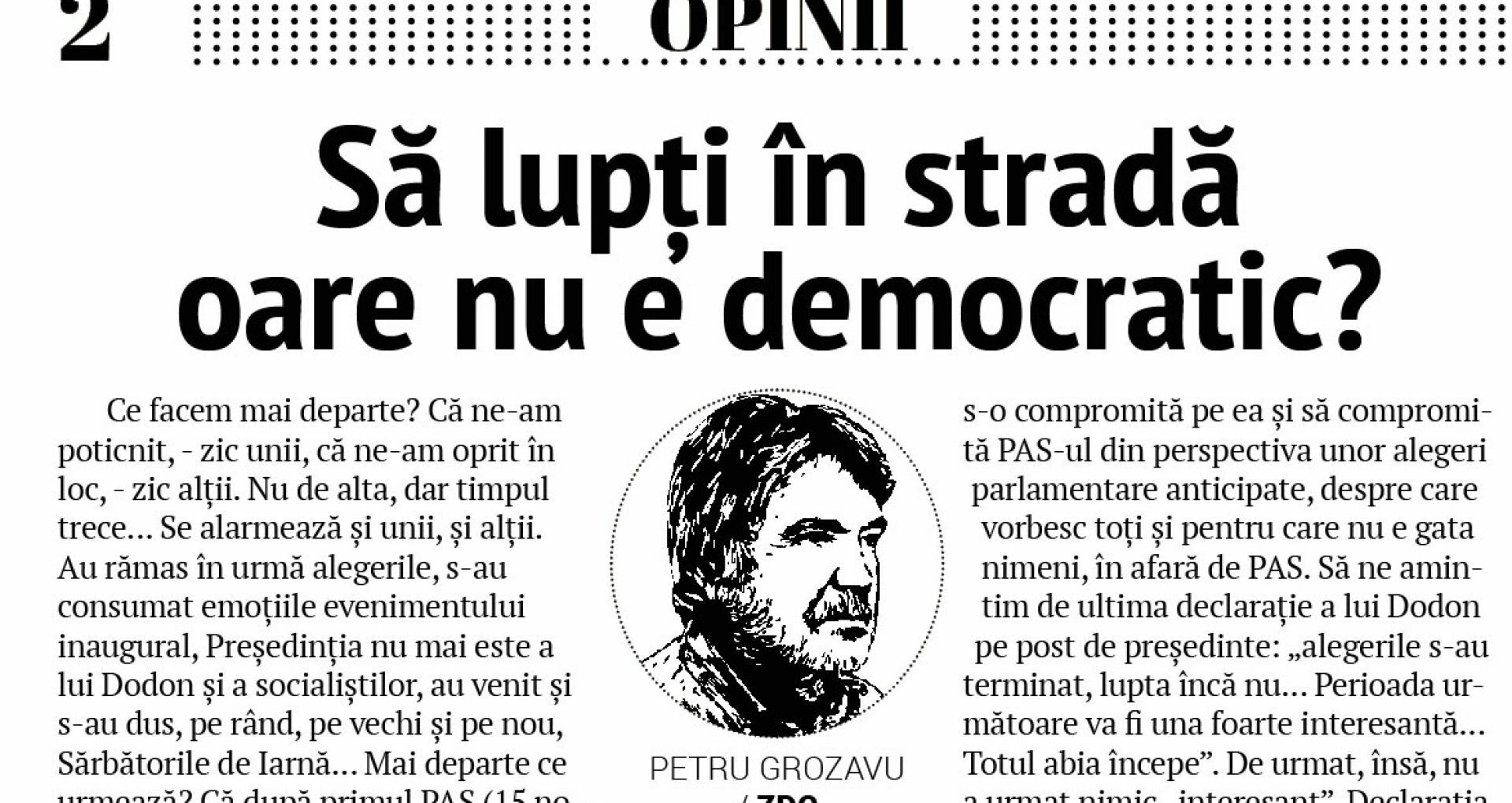 The presidential elections remained behind and the inaugural event’s emotions were consumed. The Socialist Party and their leader Dodon no longer control the presidency. So what’s next? After the first step on November 15, 2020, step two and step three had to follow. Moldova needed a new president, and now the country needs a new government and parliament. Moldova can only recover through a general change.

It has been nearly a month since Prime Minister Chicu and several ministers of Moldova’s government resigned. They did it in the midst of a pandemic and economic, political, social, institutional, and moral crisis. Since December 23, we practically no longer have a government. The existing one is inappropriate and lacks any real power, still controlled by former President Igor Dodon.

Former Prime Minister Chicu resignated “In order to speed up the Parliament’s dissolution and the organization of early elections.” He cheated saying that because Dodon had no intention to accept early elections neither on December 23, nor today.

One week after Chicu’s resignation, the parliament became dysfunctional too. On December 29, the deputies went on vacation for a month. Before that, however, Dodon’s socialists, in complicity with the deputies from the Șor Party, voted the so-called package of budget laws for the next year, thus leaving the 2021 state budget with severe deficits.

The Socialists probably expected Maia Sandu to react triumphantly to Chicu’s resignation and hastily appoint a committed government, which, considering the budget deficit, would fail to cope with paying the pensions, salaries, and other expenses. This failure was to compromise president Maia Sandu, as well as the Action and Solidarity Party, the only party which firmly stands for early parliamentary elections.

Dodon’s last statement as president was: “the elections are over, but the fight is not over yet. The next period will be a very interesting one. Everything is just beginning.” However, nothing so-to-say interesting followed. Dodon’s statement remained just a statement. Maia Sandu chose a different agenda than what wished Dodon for: her priority was to remove Moldova from international isolation, to restore its relations with its neighbors and Western strategic partners; we need to know the partners we can count on in a crisis situation created by Dodon-Greceanii-Chicu trinomial. In less than a month, Sandu managed to revive relations with Bucharest, Kyiv, and NATO. Earlier this week she did the same with the EU. Basically, she succeeded to achieve what Igor Dodon failed in four years in office. And of course, the former president did not like that.

It is not excluded that the Socialist Party might take the courage and decide for early elections. However, not in spring, as the Action and Solidarity Party wants, but at the “right time”, in autumn or next year. If president Sandu appoints a new Government, and the Parliament approves it, this would block the governing, tightened by the parliament’s Dodon-Shor majority. Also, the Action and Solidarity Party and Maia Sandu may no longer have a say in the early elections. A similar situation happened with the Party of Communists more than a decade ago.

A less real, but not impossible configuration may emerge if Dodon, Șor and Usatîi somehow reach an agreement between them until the elections, although Usatii creates the impression that he wants to do a different policy than Dodon and Șor.

One way or another, Maia Sandu will have to offer to the parliament a candidate for the position of prime minister. The nomination must be made for a full mandate perspective and the candidate will have to be a person of character, well prepared, able to fight for the public interest, even with the Parliament if needed. We should not exclude getting back to the practices of the years 1990-1992 when the citizens in the street were important decision-makers taking part in governing together with the parliament or the government. Isn’t fighting in the streets democratic?