The Early Parliamentary Elections are Coming 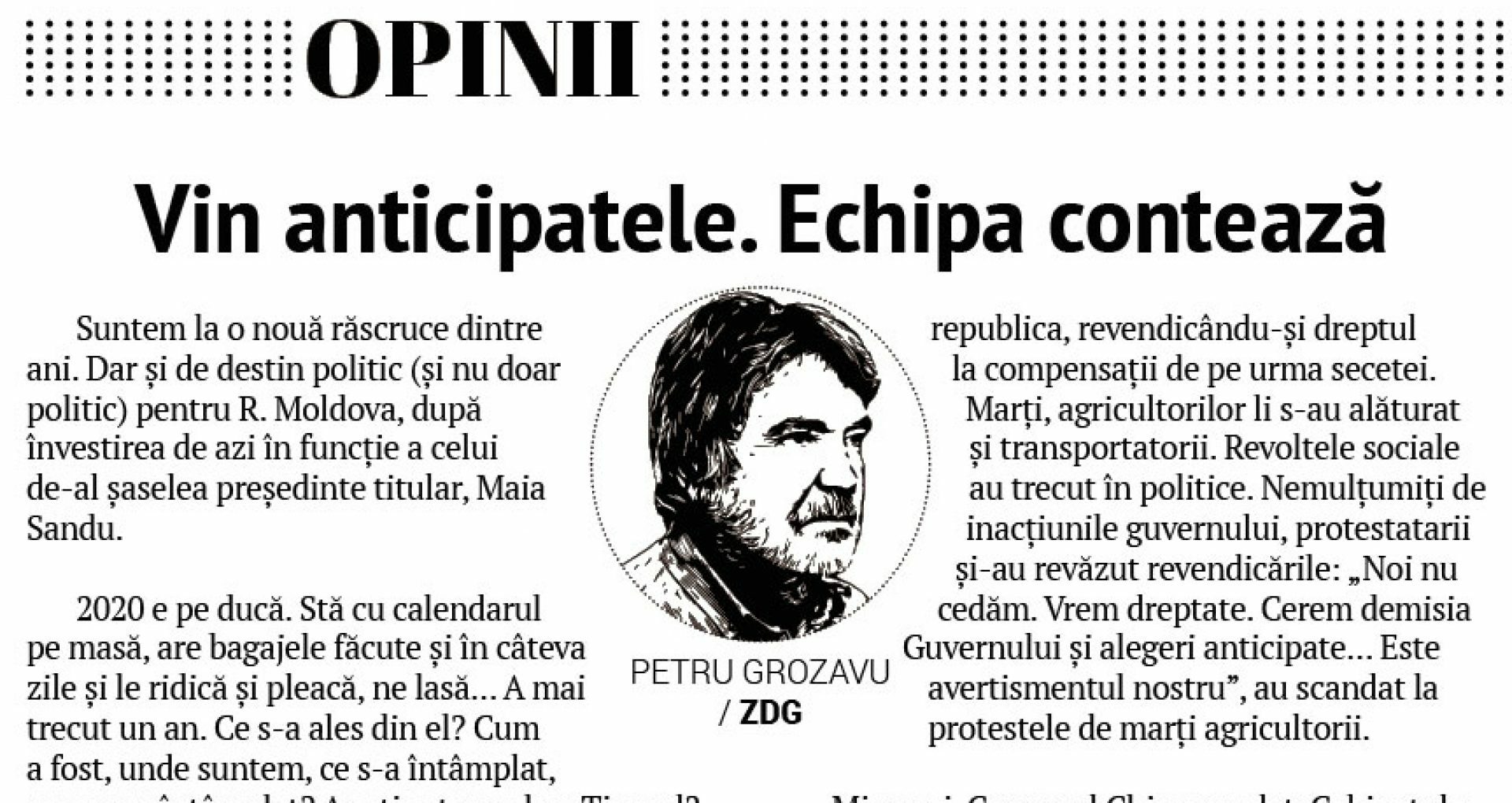 At the turn of a new year, we are, politically, at a new crossroads, now that Maia Sandu, the sixth President of Moldova, was inaugurated.

The year 2020 is leaving. What was it like? Was it good or bad for Moldova?

This year is over. Another one in the row of nearly 30 years since the Moldovan people elected and changed presidents, parliaments, governments- in the hope of a brighter future and a European perspective. If we put together all the electoral promises of the five presidents we have had so far, this country would be heaven on earth. In reality, we are stuck more in the past than in the present, frozen in time. Moldova is still confused and undecided in its political goals. One could say that it is military neutral, but at the same time, there are Russian troops on its territory. The system crushes under corruption, with poverty and irresponsible political regimes that ruin people.

This year is leaving yet the old problems to remain with us. We are leaving behind a year that was neither simple nor easy. With former president Dodon, who at the end of a four-year term reports visiting over 600 localities in the country as his greatest achievement. We have never heard Putin, or Trump, or Merkel report such realizations. Dodon has nothing else to report. Nobody invited Dodon nor accepted his invitations (except presidents Putin, Lukashenko, and Erdogan). Dodon quarreled with everyone and left only problems with our neighbors, problems with the EU, problems with the USA. Why? Because blocking the relations with our development partners means a hand free for robbery and thefts. Robberies, thefts, injustice, the billion thieves with no sentence, and deputies in parliament migrating from one party to another. The parliament and government became a casino where they divided public money among themselves. All this while Moldova remains the poorest state in Europe. Add the pandemic, economic and social crises, agricultural drought, and its aggravating consequences, which made the farmers take to the streets.

Last Monday, after a two-month break, farmers resumed protests in Chișinău and across the country, claiming the right to compensation for the 2020 summer drought. The next day, the carriers joined the farmers. Social upheavals turned into political disruptions. Dissatisfied with the government’s inaction, the protesters reconsidered their demands: “We do not give up. We want justice. We demand the resignation of the Government and early elections. It is our warning,” the farmers shouted at protests.

Last week, the Chicu government resigned. It happened, according to Chicu, after prior consultations with president Igor Dodon and president of parliament Zinaida Greceanîi. Ion Chicu announced his resignation a few hours before the parliament debated the no-confidence motion against his government. Despite the protesters at the front of the Parliament, president Dodon hastened to announce that the government did not resign under street pressure but because they want to trigger early parliamentary elections. Also a day earlier, Prime Minister Chicu announced at the Government meeting, that “this Government meeting could be the last in its current composition” and for the same reasons: to call for early elections. It is hard to imagine that after the misfortunes and the shock that Dodon went through in the presidential elections, the socialists would be happy with the government’s resignation and early elections. Moreover, in all the statements so far, both Dodon and Chicu never admitted dismissal of the government as an option, all the more so, submitting their resignation. Both Dodon and Chicu changed their message in an attempt to get out of the situation decently and leave the impression of an honorable resignation of the government. Nonetheless, they resigned under the pressure of the protesters and Igor Grosu, the head of Solidarity and Action Party parliamentary faction, who confirmed it in a press statement shortly after the resignation of the government: Chicu government resigned under citizens’ pressure; in the presidential elections the citizens voted for a change in the political class. The November elections showed very clearly that citizens want to clean up the political class, they want to reform the judiciary, they want a real fight against corruption, they want to have responsible, honest leaders who work in the interest of the country,” Grosu remarked.

After the loss in the presidential elections, which was a historical political event of 2020, the Socialists and Dodon lost the second stronghold – the resignation of the Chicu government. Let us not forget, however, that the Chicu Government announced its resignation after the night meetings in Parliament and, as Pavel Filip from the Democratic Party declared after they “approved all the schemes of Dodon and Shor.” The stakes are simple: to deprive the future Government (if elected) of budgetary resources, to compromise it until the elections, and to disqualify it electorally.

Maia Sandu has been appointed and we have a president in action. From now on, the ball is in her court. We hope to witness as many goals as possible in the court of Dodon, Chicu, and Shor. The team matters. 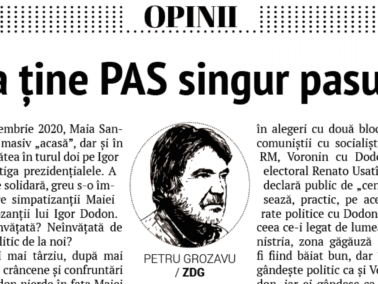 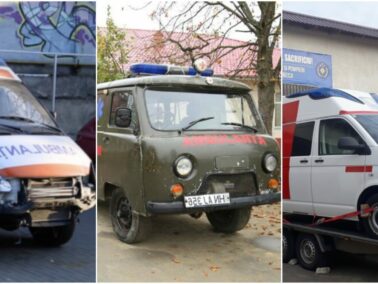