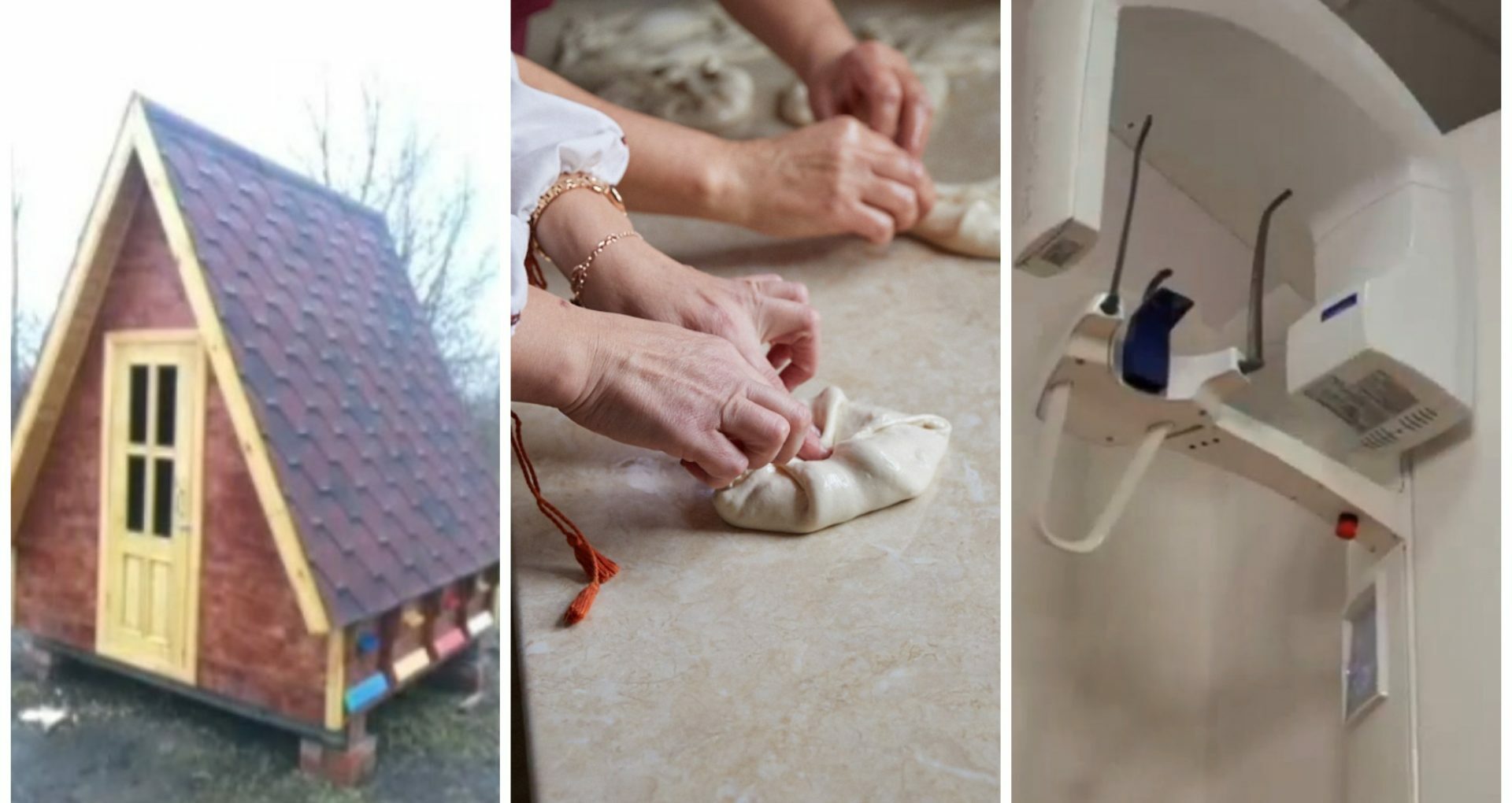 A country house, a modernly equipped dental imaging office, or a venue for events – are just some of the businesses supported by the Local Action Group (LAG) “33 de Vaduri” with the support of the European Union (EU). Through it, the people of the north of Moldova managed to expand their businesses and contribute to the development of towns. Also, business incubators support the economic growth of the regions. Here people learn how to grow a business, find a place for it, and benefit from the support.

A guest house, oven with pies, and dental imaging cabinet- a few of the EU-supported Businesses

In the village of Naslavcea in the Ocnița district, northern Moldova, operates the only trout farm in our country. The Bârlădeanu family imported rainbow trout eggs from Poland. They also buy organic fish food from Europe.

“It all started with the orchard. We looked for water sources for irrigation, we found the source, we created water tanks, after which we started the fish business,” says the entrepreneur Dumitru Bârlădeanu.

The fish, coming from mountain areas, has easily adapted to the climatic conditions specific to the north part of Moldova. The family built a camping and guest house on the farm territory, with financial support from the EU, within a Solidarity Fund PL program in Moldova.

“We are happy because this support is essential for us. It’s good that we are motivated and supported within this program. The program plays a key role in linking us with the business environment in the district, with the local administration, and NGOs,” says Dumitru Bârlădeanu.

According to him, the EU support allows the business environment to communicate with other institutions, help each other and increase development prospects.

Aliona Rusu worked abroad for many years before returning to her hometown, Sauca, Ocnița district, northern Moldova, where she opened a hotel business. She always wanted to support the village. Thus, together with her family built a hotel and an event venue. The business has seven employees and aims to grow further.

“We, the businesswomen from Moldova, are lucky that the EU supports us. It is about cooperation between the European Community and the LAG “33 de Vaduri”, says the entrepreneur.

As part of a project, she built an oven to bake homemade bread, pies, other dishes every day – all-natural, without preservatives.

“Any visitor who steps on our doorstep and tastes our dishes comes the second and third time because here it’s just like at their mom’s home,” says Aliona Rusu.

“Lacking this service here, patients had to travel for appointments to Bălți city, northern Moldova. We serve the entire Sîngerei district and part of the population of Telenești district”, said Violeta Maniuc.

“People are encouraged to gather together”

“We know that rural areas face specific challenges. The regions are also unique and diverse. The EU continues to believe that change is possible. We follow a vision of living rural areas, in which people, developing their own potential, are encouraged to join forces and build a future of innovation and prosperity,” said Gintautas Baranauskas, Deputy Head of the Operations Directorate of the EU Delegation to Moldova.

The EU has provided assistance to rural development over several years. Today the community supports projects aimed at increasing the competitiveness of the agricultural food sector, capitalizing on the quality of drinking water and sanitation infrastructure, supporting small and medium-sized companies in rural areas, but also the development of rural areas in Moldova.

The representative of the EU Delegation also stated that through these interventions the EU offers a variety of funding opportunities and training opportunities, either directly through small and medium-sized companies or through partner organizations, including through calls for proposals for local action groups.

About half of the projects supported by LAGs come from the field of entrepreneurship. Small family businesses are funded. According to Cristina Gonța, the entrepreneurs use the support of the LAGs, in order to purchase new equipment or to obtain support in launching a new product.

During 2019-2020, the LAG “33 de Vaduri” supported projects regarding the packaging of honey in sachets, the modernization of a flower growing greenhouse, the purchase of furniture for the first-grade students of a general school.

Other aided activities were the project for arranging a beekeeping-style boarding house and providing with folk costumes a folk ensemble “Vatra Satului”.

Mariana Scutelnic mentioned that the LAGs also contribute to the mobilization of the community, to the connection between people, facilitating the communication between the economic agents and the local public authorities.

Ludmila Romaniuc, together with her family, took over a small business growing Calla plants from some elderly people. They received support in a project and expanded their greenhouse where flowers grow from 72 square meters to 120 square meters. They also installed special lighting and drip irrigation.

The LAG “33 de Vaduri” also financed the improvement of the rural house “Conacul apicol” (”Beekeeping Mansion”), a business that started from a hobby. Boris Macoviciuc says that initially his father bought a few hives. Subsequently, the business developed and within a project he managed to obtain 60% for financing the house’s repair and the purchase of household appliances for tourists. The “Mansion” can accommodate four people who have the opportunity to prepare their own dishes but also to participate in activities related to the care of bees, the house being equipped with special equipment for beekeeping.

“Currently under the brand” Beekeeping “we produce pollen, propolis, honey, honey with nuts and dried fruits, with cinnamon, ginger, other ingredients. We also tried to sell gift sets,” the man claims.

With the EU’s support they have developed natural wood packaging, which, in pandemic conditions, they cannot promote. Boris Macoviciuc plans to arrange an api-therapeutic house, where visitors would restore their psycho-emotional health, sleeping above the hives and inhaling the aroma of wax and propolis.

In 2007-2020, with EU support, the Organization for Small and Medium Enterprises Sector Development helped 3,000 Moldovan entrepreneurs. More than 350 businesses have received support up to 4 million euros. The program created 11 business incubators for entrepreneurial development. The entrepreneurs can benefit from consulting, information, and also get space for their businesses. According to the head of the program, business incubators support more young people and businesswomen. Thus, out of 898 jobs created, 494 are for women and 319 for young people. Workplaces have increased from 17 – in 2009 to 243 – in 2020. Their turnover reached over 5 million euros.

The EU funds three development programs in Moldova: the DEVRAM project, implemented by the Austrian Development Agency, the Support Project for Small and Medium-sized Enterprises in Rural Areas, implemented by ODIMM, and the LEADER Approach project for rural prosperity. Over the next five years, the EU will contribute to community development through the EU Program for Moldova: Key Regions. 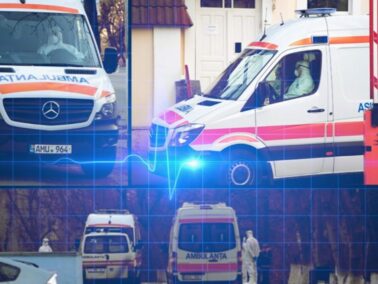 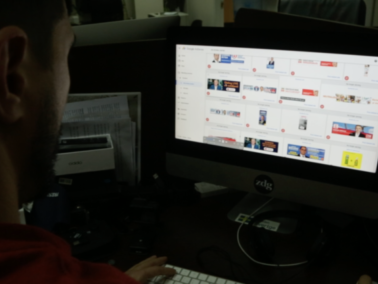 Google – Easy Advertisement and Hard Damage to the Independent Press