The Bohemian Presidency: How the Presidential Administration Spent over €3 Million in the Last Two Years 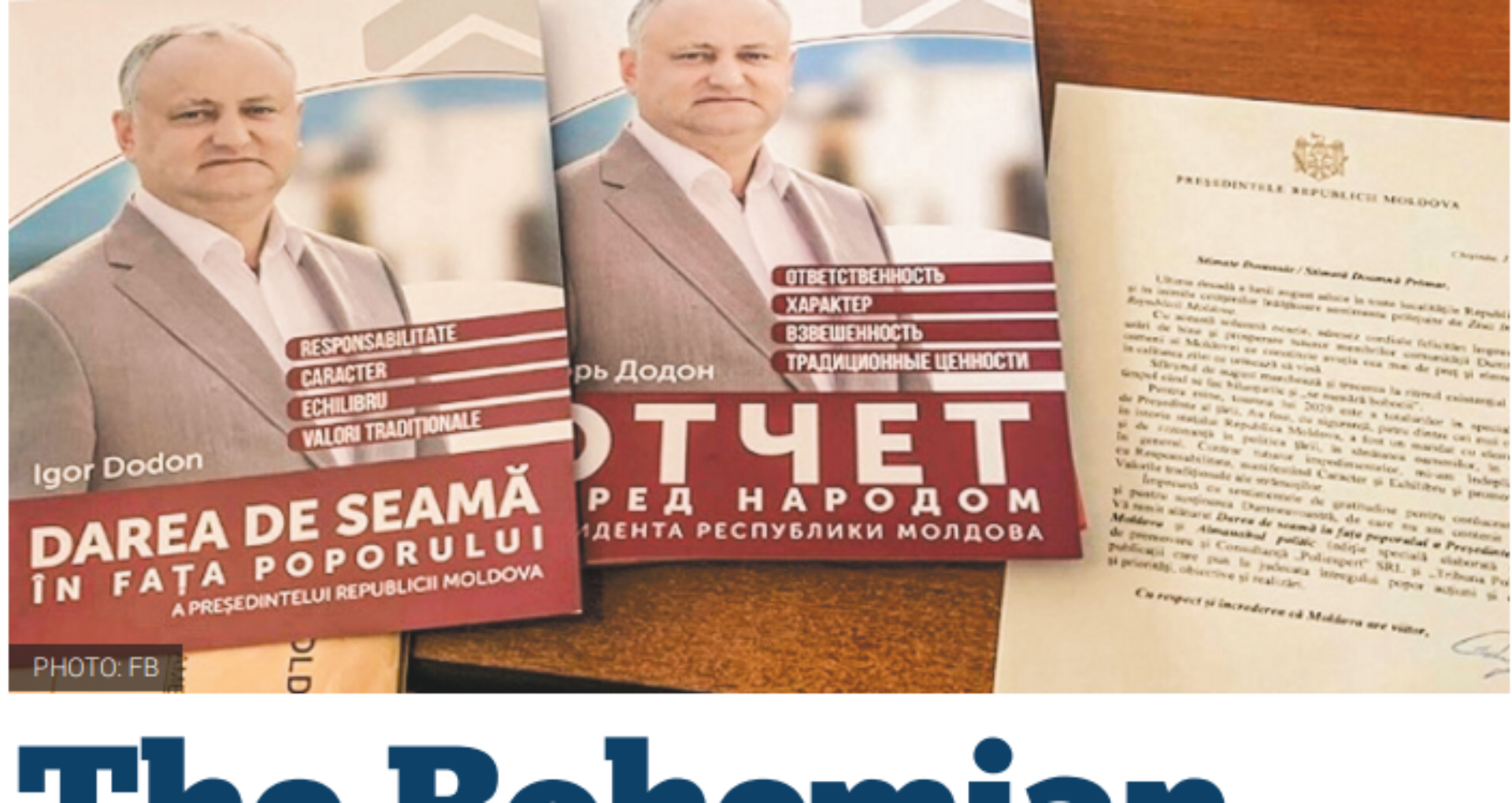 The maintenance expenses of the Moldovan presidency administration have increased more than twice in the last four years. When Igor Dodon was elected head of state in 2016, the maintenance of the building plus the expenses of the presidential staff cost around 666,500 euros (14 million Moldovan lei); in 2020 the expenses amounted to about 1,7 million euros. At the same time, the average salary in Moldova is around 350 euros.

In 2017, the first year of Igor Dodon’s term as head of state, citizens paid for the presidency almost 750,000 euros. A year later the sum increased to 900,000 euros. In 2019, the amount reached 1,4 million euros, as two more buildings passed to the presidency. In 2020, the budget reached 1,7 million euros. The Turkish Government aided the presidential building’s renovation, yet, the Ministry of Finance claimed that the building’s maintenance required more money from the state budget.

ZdG dug into the presidential administration’s budget that spent over 3 million euros in the last two years. Unfortunately, we obtained only very little information about the high spendings. We tried to identify the presidential expenses based on the contracts accessible to the public.

The Secretary-General of the President’s Office told ZdG that for the year 2020, most expenses are on employee salaries. As the data on the 2020 budget will be published at the beginning of 2021, for comparison we looked at the last year’s budget, summing up to 800,000 euros.

The presidency’s maintenance during the reporting period amounts to approximately 160,000 euros. Last year, they spent almost 230,000 euros on the same purpose.

In 2019, Igor Dodon made several trips abroad, their total cost amounting to about 30,000 euros. Dodon’s most expensive trip was made to Japan, where he participated in the Coronation Ceremony of Emperor Naruhito. It cost our state almost 12,000 euros, the Japanese covered the other part of Igor Dodon’s expenses.

For 2020, Dodon’s travel expenses sum, 50,000 euros, was the second-largest amount on the presidency bill, the first being electricity with 120,000 euros. On the public acquisition platform, we found four contracts for the buying of plane tickets, with a total value of 10,000 euros. However, the President’s Office claims that Dodon’s travel expenses in 2020 amount to 3,500 euros. Note that only the tickets to Israel, where he participated in the World Holocaust Forum, cost almost 6,000 euros.

In 2019, the president made expensive purchases, including computing technology and network worth more than 65,600 euros; floral decorations worth 17,000 euros; as well as 2,300 euros-worth presidential awards expenses. The public platforms reporting expenses for the year 2020 mention little about these expensive purchases.

It should be noted that the presidential staff will receive over 26,600 euros. Igor Dodon will get a single allowance of over 1,800 euros for completing his presidential term.

Bohemian expenses of a symbolic institution

Igor Boțan, the executive director of an association in Chisinau working with democratic issues, says that the elected president should not reduce the expenses for the president’s apparatus if she wants to fulfill her electoral program. “In the election campaigns, most of the candidates make promises to develop Moldova, but much depends on the budget available to them. Igor Dodon failed to fulfill all his major promises, although he met very often with the citizens, visiting around 600 localities. We now have a newly elected president who has the ambition to become a national leader. If Maia Sandu wants to fulfill her electoral program, she must forget about the budget limitation. Mrs. Sandu can give up the president’s villa or other less important things, but once she has assumed the title of national leader, she must be responsible for the promises made, and for that, she must have a budget,” commented Igor Boțan for ZdG.

Regarding the intention for the presidency headquarters to house several state institutions, the political analyst says that this promise could be made once the president establishes the expenses. About the intention to remove the fencing, the analyst recommends “to put aside minor issues, and to focus on significant ones.”

Ion Tăbîrță, a political analyst from the “Viitorul” Institute, considers that “the presidency has lately adopted a bohemian way of spending money” and shares Maia Sandu’s opinion to provide space for several state institutions in the presidency headquarters.

“The presidential institution has a symbolic connotation, and the expenses are far too exaggerated. Given that Moldova is a poor state and has major socio-economic problems, many expenditures could be reduced. Dodon was just boasting. Those were exaggerated and unnecessary expenses,” said the political analyst for ZdG.

Tăbîrță recalls that the enclosure around the building appeared after the protests in 2016, in an attempt to keep the protests as far away as possible.”

The presidency’s renovation started in 2018, after being destroyed in the 7 April 2009 protest. The Turkish Government paid about 10 million euros to repair the building and to buy the necessary furniture. The building inauguration took place during the visit of the Turkish president Recep Erdogan to Moldova. President Igor Dodon, a pro-Russian and orthodox defender, asked Erdogan to restore the building in July 2017, during his visit to Ankara. Dodon has never made public why a president of a foreign state undertakes to invest in the building of another country’s presidency or what advantages he would get in return. Dodon claims Erdogan does not request anything in return. 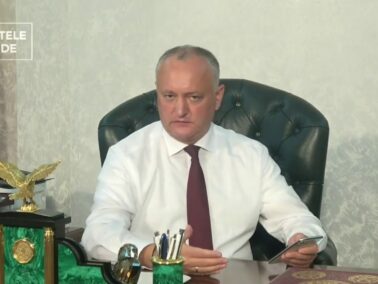