While Weddings are Forbidden During the Pandemic, Prime Minister Ion Chicu Hosted a Dinner Party With a Groom and a Bride

On Friday, August 28, information spread that, despite the existing restrictions on organizing wedding events during the pandemic, Ion Chicu, the Prime Minister of Moldova, celebrated one of his sons’ wedding at a fancy venue, the Poiana Winery. Ion Chicu kept the journalists at a distance of about one kilometer from the event premises.  Several days later the head of the Executive came up with an official reply. In a TV interview, he claimed that the event was a “dinner party,” where only the closest relatives attended the event, whereas some sources say that over 100 people participated in the event. Moreover, a video of the bride and groom’s dance went viral on social media. Nicolae Furtună, the chief epidemiologist, emphasized that a wedding is “a party with a groom and a bride.” Meanwhile, notifications were registered at the General Prosecutor’s Office to hold the Prime Minister to account.

On August 26, the Extraordinary National Commission for Public Health, chaired by Ion Chicu, issued a decision that allows “to organize festive events, except weddings and christening celebrations. Up to 50 people can participate in events in public catering units in compliance with public health measures and the Instruction on COVID-19 infection prevention.”

Earlier, on June 26, in a TV program on RTR Moldova, the head of the Executive stated that, due to the pandemic, he would most likely have to postpone his son’s wedding, planned for the end of summer. “Imagine that you are organizing the party, and in three days, your guests are at the Toma Ciorbă Hospital. Would you not feel dreadful after this?” he said.

On August 28, several journalists reported that they got restricted access to the Poiana Winery, where, supposedly, one of the Moldovan Prime Minister’s sons would hold a wedding. The journalists recognized security guards of the State Protection and Guard Service seen at the Government, although some presented themselves as local staff employees. ZdG sources confirmed the wedding celebration of the Prime Minister’s son, adding that the hosts forbid their guests to take photos and the employees – to have phones.

The next day, however, journalists from the media project CU SENS published videos of the event. “All access roads to the restaurant were filled with security guards, who blocked journalists’ access, including public roads. The local authorities were in charge of restricting the area to by-passers for two days,” mentioned the media outlet’s representatives. The video recordings show several people and a moderator who announces the bride and groom’s dance.

Reactions in the public space

On Friday evening, the deputy Radu Marian announced that, according to his sources, more than 100 guests participated in the event. He requested the Ministry of Internal Affairs and the General Police Inspectorate to investigate the case and hold the organizers accountable.

“They spit in everyone’s face”

On Sunday, August 30, Maia Sandu, Ion Chicu’s predecessor and head of the Action and Solidarity Party, criticized the prime minister’s actions, noting, “he organized a big wedding, violating his signed decision, the rules of the emergency and his own words.”

“What message does the Prime Minister’s conduct send? Does he want to point out that he is above the law, without being held accountable? He does whatever he wants in this country, while Moldovans are unemployed, living from hand to mouth, without seeing their families. Chicu not only put his guests to risk; he insulted all those who buried relatives during this period and the doctors who work continuously. The Prime Minister’s actions defy the law as well as threaten public security and health. Therefore, he must receive both criminal and contravention punishments,” wrote Maia Sandu on her Facebook page.

On August 31, Radu Marian filed a complaint at the General Prosecutor’s Office, requesting an examination of Ion Chicu’s actions in the light of the article that provides for exceeding one’s authority. On September 1, the deputy asked the State Protection and Guard Service to specify if their employees were present at the private event.

Ion Chicu first spoke in public about the event on September 1 in a TVR Moldova program, Punctul pe AZi. He declared then that it was not a wedding “neither in form nor in content,” and they respected all measures to prevent the spread of the infection with the new coronavirus.

“It Was Not A Wedding. Neither In Form Nor Content”

“We organized a festive dinner on August 28. My son got married in 2019; in September 2019, we concluded a contract with a restaurant in the Valley of Roses Park, Chișinău,  for a wedding of 150 people to take place on August 30, 2020. At the end of June 2020, when it became clear that such events are not allowed, at my insistence, we postponed the wedding and then canceled it. Anyway, the couple wanted to celebrate their marriage with their closest people, organizing a dinner party on August 28. It was not a wedding, neither in form nor in content. We respected all the rules imposed by the Extraordinary National Commission for Public Health. This event was attended exclusively by my son’s uncles and aunts – my sister and my two brothers, and my wife’s sister. It was not a wedding, and the event took place outside. We respected social distancing and all the other rules. It is not correct to send this message that we treat the pandemic very lightly,” he underlined.

On September 2, Ziarul de Gardă asked Nicolae Furtună, director of the National Public Health Agency, to clarify the difference between a wedding or a christening celebration and a party with 50 people.

“A Wedding Is With A Bride And A Groom”

“I am not a specialist in weddings and celebrations. The Extraordinary National Commission for Public Health approved the types of allowed events, excluding weddings and celebrations, with the participation of no more than 50 people. We decided under pressure from both the general population and the industry, wanting to bring people back to work, pay them salaries, and carry out their activities. As for the difference between a party and a wedding, I am not an expert; I can only say a wedding is with a bride and a groom, a christening celebration is with godparents and guests. The idea was that up to 50 people could attend such events. The physical proximity and very close contact present a risk at weddings and celebrations. When events take place in the way they happen in Moldova, the risk is imminent because the physical closeness intensifies the risk of contracting the virus. This is the key agreement and is valid for everyone,” stressed the chief epidemiologist of Moldova.

The chief epidemiologist was not yet aware whether Poiana Winery received a sanction, explaining that information about the fines applied only to individuals and legal entities.

The same day, councilor Ruslan Verbitchi announced that he filed a complaint with the General Prosecutor’s Office on Ion Chicu’s name, demanding to be held accountable “for the gross violation of the legislation in force.”

The Prosecution Will Examine The Case

Contacted by ZdG, representatives of the General Prosecutor’s Office stated that they received several notifications on the wedding celebrated on August 28, which they will further examine. 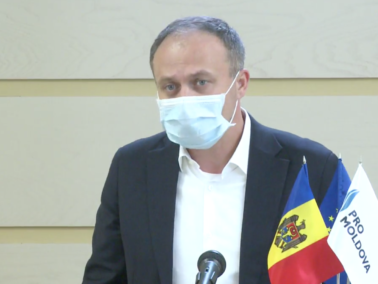 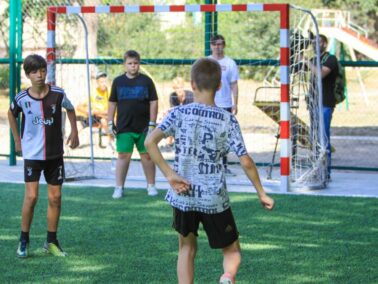 Eighteen Thousand People Will Have Access to a New Mini-Football Pitch, Rebuild with the EU’s Support