ZdG Readers about the Value of Moldova’s Independence 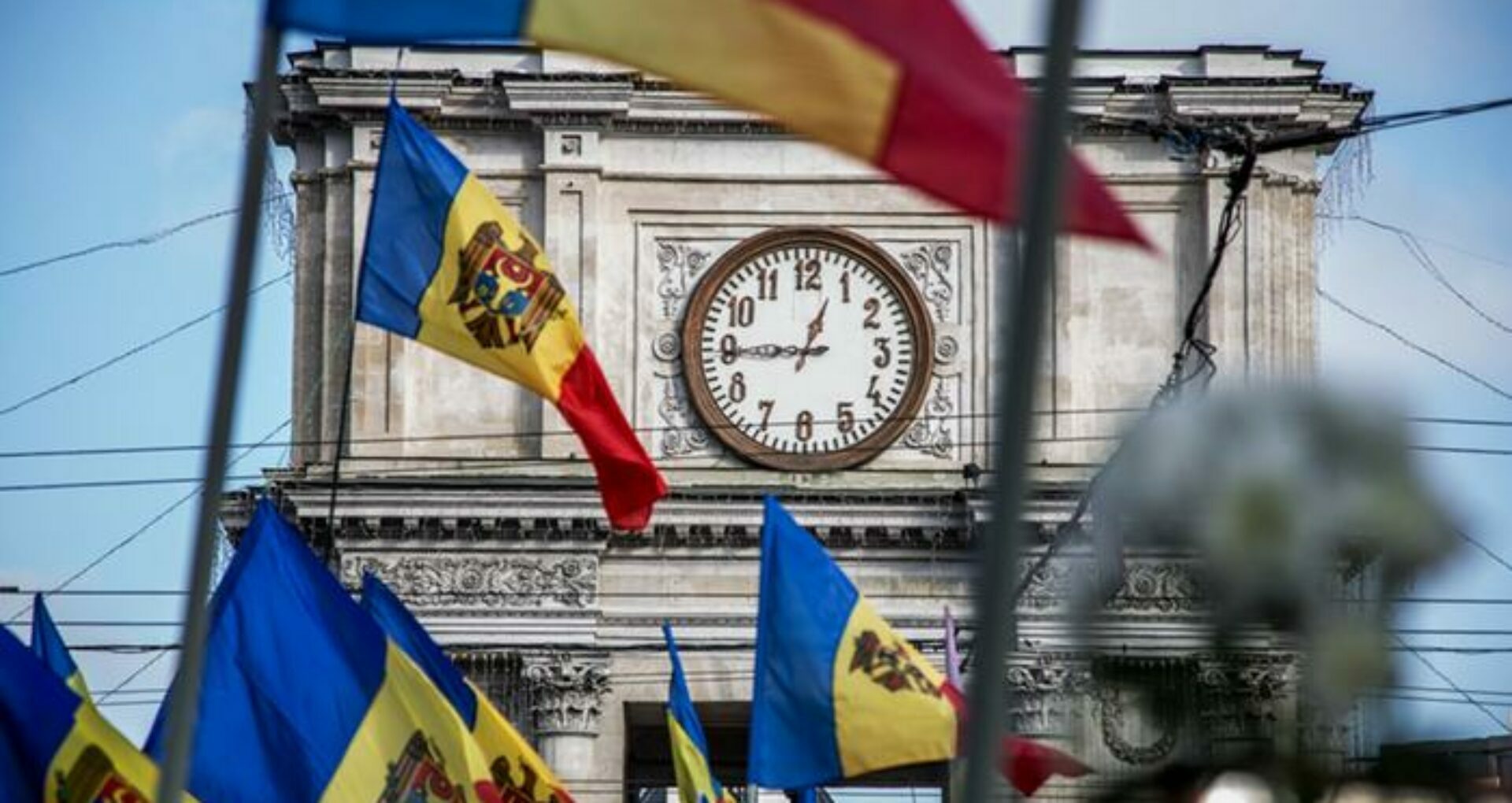 For 29 years, the citizens of Moldova have been living in a so-called independent state, after the First Parliament voted the Declaration of Independence on August 27, 1991.

We contacted four ZdG readers, asking them to tell us what Independence of Moldova meant to them personally.

Maria Lupașcu, the widow of Filip Lupașcu, who died a hero in the Nistru war: In all these years I received around 10 euros (158 lei) per month for both children

For me, personally, a fulfillment is that I saw my big boys sitting in their place, after a long and difficult journey. But what happened this year left me speechless. I mean the protest of the Transnistria War veterans. They came out to claim their rights. I myself personally submitted several requests to the Government, in order to benefit from certain facilities, but all of them were treated with refusal.

The behavior of the police towards the veterans is more than reprehensible. For 28 years, no one cared for these veterans. I recently learned from one of the veterans that the authorities intend to cancel the veterans’ cards, but we do not know the reason.

We asked to keep them, I have a widow’s card. We don’t know what the outcome will be, but they may be canceled altogether. The veterans have also not been united over the years. If it was a consolidated force, maybe we would see some changes for the better. I don’t want to judge anyone, for me they are all equal, they are heroes, who defended the country. If at least now they are all together, maybe we can get some help from the state, although I have big doubts.

I believe that as long as the 14th Army is on the territory of Moldova, we cannot hope for any essential change, especially since the behavior of the leadership leaves much to be desired. My sons are big already. The eldest studied in Romania, now both are abroad, having no jobs here, at home.

In all these years, I received around 10 euros (158 lei) per month for both children. Recently I went through a very unpleasant situation, the boy, being a student in Romania, needed a certificate, proof that he does not have a father. When I requested this certificate from our authorities, I ran into many obstacles, many questions, finding only reasons not to issue it to me.

Eventually, the boy gave up this certificate and said that he no longer needed anything from our authorities and that he was not going to return to this country. It’s painful that in all these years when we needed support, no one offered us anything, we managed very hard.

Recently, I was deeply disappointed, discovering that someone forged certain documents and received my children’s pension for 18 years, raising 40-45 euros (800-900 lei) per month. Only in our country is such a thing possible, a corrupt country, managed by dirty schemes.

I will not let things go, I will try my best to find out the truth, I want to know who raised this money when I had to raise my children with only 10 euros (158 lei) per month. This is how we lived the Independence of this state.

I’m so sorry we got where we are. When I saw on TV how the veterans were being pushed by the police, it was sad. I never thought we would reach such days, so many brave heroes died, so young and innocent. The state has always been indifferent to our problems, it has turned its back on us, and we, those who suffered then, have suffered in all these 29 years, but we had no choice, we were silent, we waited and we managed somehow. We thank the Lord for giving us health and strength.

I want to thank Ziarul de Garda for always being interested in us and our situation. It was with our problems. I wish you success in everything you do.

Vladimir Căpătici, pensioner, lawyer, police colonel: Independence separated us from the empire of evil, but, unfortunately, it did not separate us definitively.

With the declaration of the Independence of Moldova, we have become freer, we can express ourselves, we can express our opinion. We can travel freely abroad. With the few means we had, I managed to travel, to visit Europe, which was forbidden until Independence. I wear the uniform of a policeman and not a militiaman, as I once was during the Soviet period. Independence detached us from the empire of evil, which affected us, but unfortunately, it did not separate us definitively. And the situation will not change as long as our political class looks to the East and chooses a path other than the European one.

Valentina Sturza, president of the Association of Former Deportees and Political Prisoners: This year we had a drought, lest the Lord end up like in 1946 when the world was starving.

We are no longer young, and the life of an elderly person does not change. We regret that the youth left Moldova, having no jobs and having to live on miserable salaries. Young people with higher education have left the country. Moldova would have been different now, if the Governments had not changed so often, the heads of state… Our life would have been different. A government fails to do something, because it has already changed.

In the Association I lead we had continuous discussions with those in government, some helped us, others less, but with great difficulty, we managed to obtain a minimum necessary for those people, deported and tortured unjustly. Many of them were unable to restore the property of their deported parents. The pensions of these people are miserable, the salaries in the country are low, the expenses are higher. If the money was not stolen from the state banks, we might have lived differently, but the oligarchs stole and fled the country with the people’s money, and we are going to return this money, our children and grandchildren will have to return the money stolen by the oligarchs.

Moldova is an agrarian country, all factories have been destroyed. The government must think about developing agriculture. Unirrigated lands cannot bear fruit. We have a land of gold, which we cannot capitalize on. This year we had a drought, may the Lord not let us end up like in 1946 when the world was starving.

Dumitru Noroc, doctor, Member of the First Parliament: In these 29 years of independence, we have never been independent.

When we signed the Declaration of Independence, we hoped that we would be independent, develop and move in a clear direction. In these 29 years of independence, we have never been independent, because we have depended more on the East and this has generally affected the social life, but also the personal life of each one.

We are not independent, and lately, there have been more problems than there were once when we were on the path to democracy. The economy, political life, migration, affected us all. We are scattered, disobedient, and that affects society. If we analyzed our past very carefully, we would understand a lot…

In Moldova everyone wants to be first, we have a lot of parties that decide nothing. This makes us think, we see what is happening in the world, we have the example of Belarus, of Russia. Everyone praised Belarus, they said they lived well, it’s a rule, it’s clean. We are seeing another side of this country these days. People are revolting, they want freedom, a piece of bread is no longer enough for them. Our president looks, agrees, and argues that discipline is needed, we also have new elections, we do not know what it will be, we step into a desert.

We did not have a united political class, a clear strategy, we did not have a political leader, the Soviet ideology left its mark on the media, financed by Russia, which supports the burning flame of nostalgia for the past. 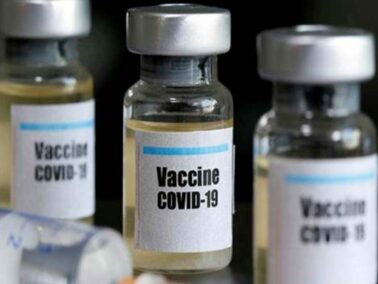 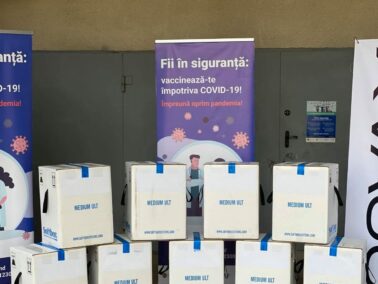