Annually, about 3 million cubic meters of household and commercial waste is thrown into the ground. Only 10 percent of this waste is sorted and recycled, the rest – is dumped in about 1,000 landfills. This waste will never be sorted or processed.

Plastic, glass, metal and organic household waste will remain in the soil forever, causing problems for the environment and human health. However, Moldova has made a recycling plan.

Data from the National Bureau of Statistics show that approximately 3 million cubic meters of waste are produced in Moldova from households and commercial activities. About 90 percent of them are thrown in the landfill without being sorted or processed. According to the Inspectorate for Environmental Protection, the recycling and recovery rate of waste is very low, and recyclable waste is thrown together with the non-recyclable waste. Thus, the plastic, paper, glass, and metals couldn’t be used.

The Risk of Landfill Fires Increases During the Summer

“The first problem that Moldova’s citizens are facing is the lack of water and sewerage. And the second problem that needs to be solved is waste management. Its negative consequences are already affecting the environment and human health,” explained the environmental expert Eugen Camenscic.

In the village of Bulboaca in Anenii Noi district, located 45 kilometers from Chișinău, a few years ago, the villagers complained that the landfill becomes bigger and the unbearable smell is everywhere in the town.

Now, the Bulboaca-Prim municipal enterprise, which manages the disposal of waste from the village, accepts only the household waste from this village, stopping the unauthorized people and companies from throwing waste in the village’s landfill.

“The car that collects the garbage from the village came, I wrote how many routes it did. Today was once. Yesterday was four times. Strangers are no longer coming. In every village, they have their own garbage,” says Gheorghe, an employee of the municipal enterprise.

Gheorghe parks his car near the dumpster every day and registers every vehicle that brings garbage. There were cases of landfill fires, polluting the air and causing health problems to the villagers. Gheorghe told us that the risk of landfill fires increases during the summer, when it is very hot.

Sergiu Guzo, the administrator of the Bulboaca-Prim enterprise, says that the household waste from the village has been stored in the garbage dump in the village for about 10-12 years. Recently, they started sorting the garbage.

Every year, there is more and more garbage, and the problem is more and more acute. The local public administration submitted several appeals to the Ministry of Agriculture. The Ministry’s answers are related to the measures that will be taken while implementing the Waste Management Strategy.

“It would be very good to have storage ramps, where the waste is sorted from the start. The education of every citizen also matters. I think that all the mayors are waiting for the implementation of this project,” says Ion Berzoi, the mayor of Bulboaca village.

A €100 million Loan for Waste Management

In 2013, the Waste Management Strategy was approved in Moldova. Subsequently, the authorities aim to create waste collection services, reduce the amount of waste from landfills, and promote recycling in accordance with European Union (EU) requirements by 2027.

The European Investment Bank (EIB) has provided a €100 million loan to Moldova to develop waste management systems and implement this strategy. The money from the first tranche, amounting to €25 million will be invested in developing the Center of Moldova.

Svetlana Bolocan, the head of the Waste Management Policy Department at the Ministry of Agriculture and Environment, explained that to solve the waste management problem the state aims to divide the country into three investment regions (North, Center, and South).

Regarding this project, the mayor of Bulboaca village said that it is a necessary project, but it will take a long time, unfortunately.

The waste management strategy was approved in 2013. Since then, the lives of people around landfills have not changed for the better. People continue to complain about the negative effects of landfills on the health of the residents, but also on the environment.

“It could be pneumonia, an infection, something in the body. Usually, it’s all about health. Everything is taken from what we breathe and what we eat,” said Mihai Demian, a resident of Bulboaca village.

In Europe Everything Is Sorted, Here There Is No Fresh Air

Natalia Peştereva, a resident of the same village, says that sometimes the villagers cannot even breath fresh air. The unpleasant odors often come from the garbage dump, but also from the pig farm in the neighboring village, Roșcana.

“All this smell negatively affects our health, but also the health of the children,” says the woman. She considers that in Moldova, waste should be sorted and recycled as is practiced in European countries.

“In other European countries, everything is sorted, each category of waste is placed separately. That is a very good thing. I want to tell you that the city fails to do this, and the villages also,” Natalia Peştereva told us.

Sorting waste would be only part of the problem because if there is no possibility to process paper, plastic, sorted metal – the problem remains just as complicated.

“There is no point in educating people to sort waste as long as there is no infrastructure for their processing activities. The state must create this infrastructure,” explained the environmental expert Eugen Camenscic.

According to the data of the Inspectorate for Environmental Protection, the selective waste collection is partially organized only in Chișinău and in some district centers.

“Waste sorting allows us to avoid as much as possible pollution by burial at landfills, which are largely unauthorized,” said Irina Balica, representative of ABS Recycling. According to her, recycling allows us to reduce the consumption of natural resources.

In the Sărata Veche village from Fălești district, the north of the country, the residents of the village are sorting the waste for three years already. The villagers claim that the village is cleaner since then. The main sign of ecological cleanliness is plastic, which no longer reaches agricultural land in the form of bags and other objects carried by wind and people, explained Valentina Caras, director of the municipal enterprise in the Sărata Veche, village.

Every year, the local public authorities claimed that the problem existed due to a lack of money but also a strategy for sorting and processing waste. Now, both components exist.

The first tranche of the EIB loan, amounting to €25 million, will be invested in the development of the Center investment region.

“The money to be disbursed will be directed to create infrastructure at the regional level, which involves transfer stations, sorting stations, composting stations, regional storage, which is mandatory to comply with all waste recovery processes, respecting the waste hierarchy,” said Svetlana Bolocan, head of the Waste Management Policy Department, the Ministry of Agriculture.

According to Inspectorate for Environmental Protection data, in 2019, there were 1,137 landfills functioning with an area of ​​1222.05 hectares. On the territory of Moldova, 168 entities specialized in waste management are working, of which 56 work in the urban areas and 112 in the rural sector.

This articles was produced with the support of Russian Language News Exchange. 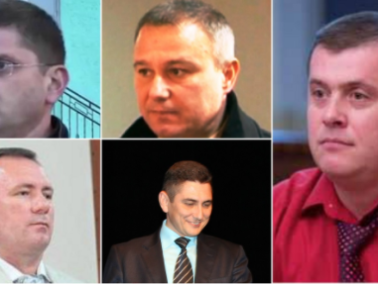 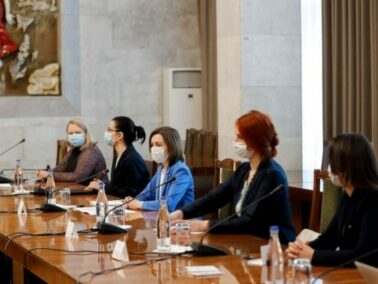