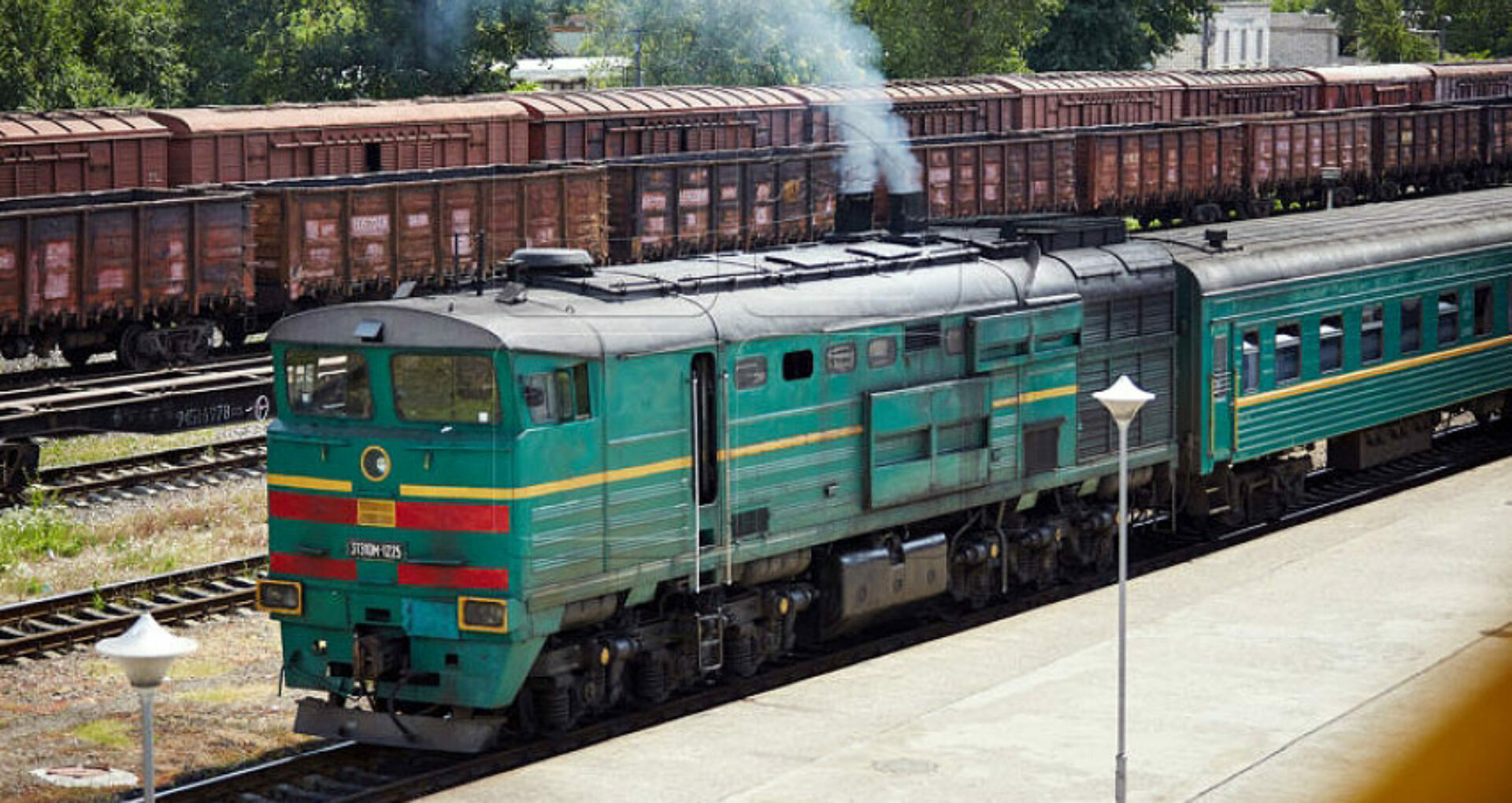 A former employee of the State Enterprise Moldova Railways claims that the fraudulent activity of suburban train ticket cashiers leads to large-scale embezzlement. According to him, over 103,000 euros (2 million lei) are defrauded annually only on the North segment of the railway.

He maintains that he repeatedly informed the management of the enterprise about the money laundering schemes. However, he received threats, and later on he was fired based on a workplace investigation.

Bujor Popușoi worked as a senior inspector at the Internal Security Service of Moldova Railways for a year, since March 2018, and was responsible for the railway segment in the North region. The man says that his duties were to monitor the activity of train ticket cashiers, inspectors, and locomotive crews, as well as to receive, store and release diesel, and also prevent and not admit theft cases. He was also in charge of supervising the employees’ work schedules and analyzing the leasing contracts.

From his first months at work, the man said that he started to suspect that the train ticket cashiers ran a theft scheme. Shortly afterward, the state-owned company employees confirmed his suspicion, and the man carried out checks on different segments of the railway.

The controls would have confirmed the existence of the scheme. According to the former inspector of Internal Security, the train cashiers encouraged the passengers not to pay the full cost of the ticket, and later the money reached the administration of the enterprise.

Popușoi claims that part of the collected revenue remained in the pockets of the train cashiers, and the rest of the money was sent to the superior cashier, approximately 250 euros (5,000 lei per month). The superior cashier kept some money and sent the gross part of it to certain people at the Chișinău Railway Station. A very small amount reached the cash register.

The inspector carried out dozens of unannounced checks but failed to catch the train ticket cashiers in the act because when they were monitored they issued tickets to passengers and deposited money in the cash registers according to the regulations. Subsequently, the man found that on the days when no checks were carried out the amount of money deposited at the cash registers was different from that deposited on verified days.

The documents presented by Popușoi, subsequently consulted by ZdG, show that the number of passengers and the amount of money deposited in the cash registers doubled on days when the cashiers were monitored. Thus, according to the former inspector, the checks revealed that on check days, between 50 euros (1,000 lei) and 100 euros (2,300 lei) were deposited daily in the cash registers. However, the daily income was two times and sometimes even three times smaller on the days when cashiers were not monitored. The former inspector claims that over 103,000 euros (2 million lei) were defrauded annually because of the defective activity of the train ticket cashiers only on the train routes on the North railway segment.

“If we multiply the three large railway segments, the North, the Center, and the South, then the value of fraud reaches over 309,000 euros (6 million lei) annually. Lots of improvement could have been done for Moldova Railways, but it does not interest anyone. This is one of the reasons why several trains were taken off the route,” says the man.

Popușoi reports that the alleged theft scheme is in place for more than five years and it became possible after the Basarabeasca, Varnița, Ungheni, and Bălți railway stations (part of the North Railway segment) became subordinated to the Chișinău Railway Station in 2015. At the same time, the former inspector states that an order issued by the head of the Chișinău Railway Station from November 2015 played an important role in establishing the money embezzlement scheme. According to the order, all train ticket cashiers of Chișinău, Bălți-Slobozia and Basarabeasca Railway Stations were transferred under the supervision of the superior cashier from Chișinău, whose responsibility was to verify as well as to report weekly on their work.

“Before the transfer of the railway stations to the Chișinau Railway Station in 2015, the enterprise profit amounted to millions. Things changed after the train ticket cashiers became subordinated to Chișinău, and it continues for five years. Instead of reaching the accounts of the state enterprise, the money goes into someone else’s pocket,” says the former inspector.

The tables for aggregating the state enterprise revenues from ticket sales on the North railway segment show that the amounts started to decrease sharply since 2016, and six train routes were suspended by 2018. Thus, in 2015, more than 252,000 tickets were sold for 14 train routes, and the Moldova Railways received revenues amounted to over 82,000 euros (1.6 million lei).

“Symbolic sums of money reached the cash registers. Following my control activity, during a few months, the amounts deposited in the box office increased by two and half times. You can easily see in the tables the decrease and then the comparative increase on days I operated checks and when the ticket cashiers were afraid,” the man claims.

In July 2018, Popușoi submitted a report to the superiors. The report featured the results of his control activities. The report signaled about the identified problems and demonstrated through a numerical analysis that the amounts deposited by ticket cashiers at the cash register do not match the number of people getting off the train. The inspector concluded his report, stating that there is a decrease in revenues from ticket sales in very large proportions, about 10,300 euros (200,000 lei) per month only on the North segment of Moldova Railways. The report suggested creating a joint commission to verify the activity of train ticket cashiers on all railway segments (North, Center, and South). However, the superiors ignored both the report and the proposals.

After he repeatedly asked his superiors to take action about the identified irregularities and after he attempted to address the issue to several decision-makers at the state-owned enterprise, the man became disquieting. Popușoi claims that all his initiatives and proposals were blocked. Moreover, he was asked to resign. Popușoi adds that they threatened to fire him and to start a disciplinary investigation. In June 2019, he was fired for unjustified absence from work following a workplace investigation.

ZdG contacted Aurel Berdilo, the head of the Internal Security Service of Moldova Railways, but he refused to speak. Later, he messaged that Popușoi was dismissed because he was absent from work for more than four consecutive hours during the working day without good reason, and the workplace investigation proved the fact. He refused to provide further details.

After his dismissal, Popușoi claims that the scheme continues to work, and the revenues from ticket sales have decreased again.

The State Institutions Avoided the Problem

Popușoi repeatedly petitioned the state institutions as well as the law enforcement bodies, offering them the information he had. He requested the authorities to take measures regarding the illegal actions at the Moldova Railways. Although the man’s petitions were sent to both Prime Minister Ion Chicu and President Igor Dodon, state institutions delicately avoided the issue.

Thus, on  January 9, 2020, the Public Property Agency, which exerts its functions of Moldova Railways founder, informed him that in accordance with the legislation in force the Agency is not entitled to intervene in the operational activity of the state enterprise after signing and registering the individual employment contract with the administrator.

The former Internal Security inspector is stated that his petitions that concern a country-wide problem. Eventually, his letters were submitted for examination to the Fălești Police Inspectorate, the Economic Fraud Investigation Service. However, the Fălești Police Inspectorate stopped examining the petition, motivating that they established no contraventions of offenses provided by the legislation in force.

“They had to investigate the issue at the national level, and thoroughly check the South, Center, and North segments of the railroad, then analyze the results at least over the past five years. Nevertheless, they decided otherwise. They looked into the matter superficially or did not investigate the case at all.  Thus, they turned a serious crime into an administrative contravention. I would like to mention that due to such an approach, the remaining trains will be removed from the route. I shudder to think about the number of people in public positions who receive public money and do not exercise their obligations,” says the former inspector.

At the beginning of May 2020, the Ministry of Finance informed Popușoi that the State Tax Service carried out a fiscal control through the method of factual verification after he notified the institution. The State Tax Service sanctioned Moldova Railways with around 700 euros (14,500 lei).

In addition, the Fiscal Service ordered the initiation of unexpected controls on several routes, after the expiration of the period establishing the moratorium on state controls that was established due to the COVID-19 pandemic.

On June 10, the General Prosecutor’s Office informed the former inspector that his complaint had been attached to a criminal case managed by law enforcement agencies.

Contacted by ZdG, the employees of Bălți-Slobozia Railway Station informed us that all the train ticket cashiers in the suburban trains are subordinated to Chișinău, and urged us to contact Mihail Arusoi, the head of the Chișinău Railway Station because they are not allowed to provide information. The director denied having any problems and claimed that ticket sale revenues decreased because they removed several train routes.

“We have presented this information in various courts. There used to be many trains in the past. Today, there are only three trains that leave from Chișinău Station. Revenues have decreased because many routes have been cut and the number of wagons has been reduced. In addition, suburban residents choose to travel by minibus to save time. There is a crew working on the train. Everyone must write travel documents. No one is allowed to get on the train without a ticket. And at the intermediate stations, where passengers get on and off, there is a train ticket cashier who issues the receipt. There were no complaints from the train station, nor information from anyone, or complaints that there was no receipt issued. There were a lot of checks carried out by numerous institutions. They verified our activity on trains day after day for a week in a row,” says the director of the Chișinău Railway Station. 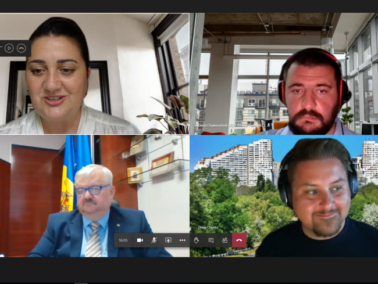 Microsoft Will Support The Moldovan Educational Institutions With Information Technologies 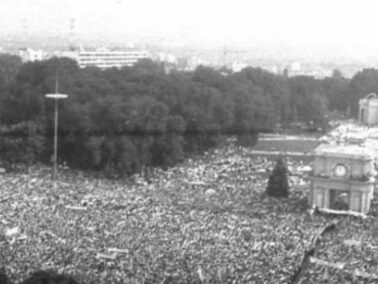