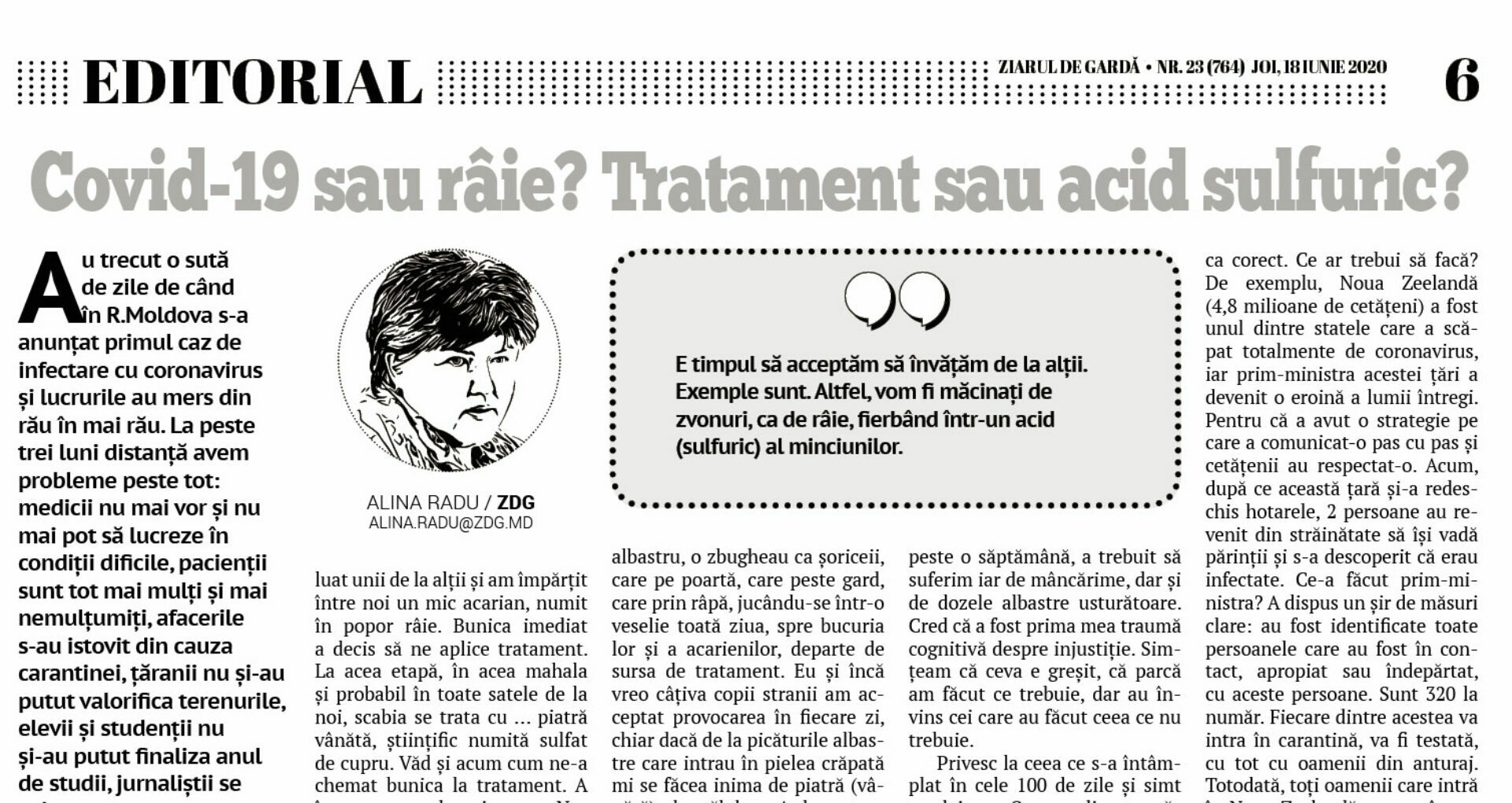 One hundred days have passed since the first case of coronavirus infection was announced in Moldova. But things have gone from bad to worse. Three months after the first case of coronavirus, we have problems everywhere. The doctors no longer want and can work in difficult conditions. The patients are more and more dissatisfied. The business has run out due to quarantine. The farmers have not been able to work their lands. Pupils and students could not complete their school year. The journalists complain about the limited access to information. And the Government quarrels with people and fines them every day.

I was with my grandmother Alexandra from Pitușca village, in the center of Moldova. She had eight children and many grandchildren. There were also many children in the neighborhood. However, I understood that while we were playing we got infected with mites, called among people scab. My grandmother decided to apply treatment to us immediately.

We had to apply the copper sulfate every day. The children didn’t like it, and they were running from it. I and a few other children accepted the challenge every day. I was patient, even if the blue drops entering the cracked skin hurt.

The second ground rule was to keep the isolation, not to go out to play with the other children, avoiding to reinfect ourselves or infect the others. I respect it.

The treatment of scabies has been successful for some children but generally, it failed. The children who accepted the treatment got rid of scabies in a few days. But those who did not accept the treatment, who ran away and said that they did not have itching and did not need a cure, perpetuated scabies and reinfected us with mites. So, in a week, we had to suffer from itching again, but also from the stinging provoked by the treatment. I think it was my first cognitive trauma about injustice. I felt that something was wrong, that I seemed to have done the right thing, but those who did the wrong thing won.

I look at what happened in the 100 days and I feel a deja vu. Some of the citizens behaved exemplary. And some, led by a number of public authorities, priests, influencers, well-known people distribute information that denies the problem, stating that COVID-19 is an invention, or that this coronavirus exists, but not it’s terrible, or that doctors inflate the numbers, or that the relatives of people who died of heart disease are paid to sign that the persons died from COVID-19.

ZdG is trying to debunk some of these rumors. But it is ungrateful work when the authorities do not do their job properly. For example, New Zealand (4.8 million citizens) was one of the states that completely got rid of the coronavirus. The country’s Prime Minister became a heroine of the whole world because she had a strategy that she communicated step by step and the citizens respected it. After this country reopened its borders, it registered two cases of coronavirus.

The Prime Minister ordered a series of clear measures. All persons who were in contact (close or distant) with these persons were identified. There are 320 in number. Each of them will be quarantined and tested, along with the people around them. At the same time, all people entering New Zealand will be in strict quarantine for two weeks, and the authorities also offer accommodation and isolation to those who come.

It is expensive to keep a few hundred people in isolation, but like this, the whole society can function, hospitals can be free of infections and are able to treat people with other diseases, without subjecting them to additional risks.

It’s time to accept to learn from others. Examples are. Otherwise, we will be crushed by rumors. 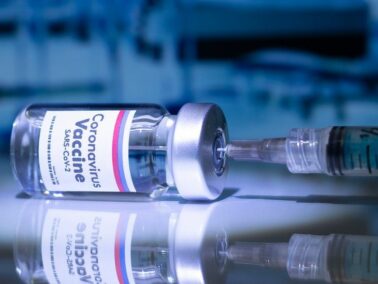