Five judges involved in the “Laundromat” case have officially returned to the office. The Superior Council of Magistracy (SCM) accepted their requests for reinstatement until September 2016. Additionally, the 2016-suspended judges will receive salaries for the period during which they were l. Thus, judges Serghei Lebediuc, Serghei Popovici, Iurie Hîrbu, Serghei Gubenco, and Garri Bivol, all targeted in the Russian Laundromat, will once again wear the judge’s robe.

Last week, ZdG found out that five judges who were suspected of facilitating the Russian Laundromat scheme have asked for their jobs back after being suspended since September 2016. If the Superior Council of Magistracy accepts their requests, the state will have to cash out over 25,000 euros to the suspended magistrates’ salaries. In September 2020, the Anticorruption Prosecutor’s Office decided to end criminal prosecution for almost all the judges investigated for complicity in money laundering in the Laundromat case. In 2016, 17 judges were tried to pronounce a decision contrary to the law knowingly and were suspended from office. No sentences have been given out in the Laundromat case.

Regardless of the existing criminal case, the return of the five judges in the office is possible. After the first case, based on which the General Prosecutor asked for the judges’ suspension from office was closed, detention’s legal basis has practically disappeared. According to the law, the Superior Council of Magistracy is obliged to reinstate them.

In September, the judges requested the reinstatement. The anti-corruption prosecutors asked for the removal from prosecution of 13 former and current judges involved in the Laundromat case for accusing complicity in money laundering, without meeting the elements of the crime. The five judges, together with other former magistrates, who previously left the system becoming lawyers, are being tried in another criminal case, which has been pending for more than three years, without sentences.

More on this article: The Forgotten Cases of the Detained Moldovan Judges in the 2016 Laundromat 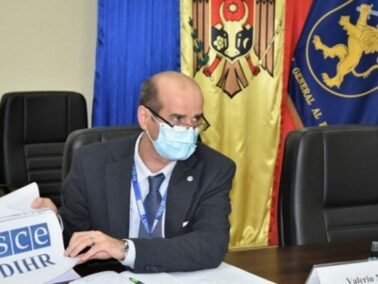 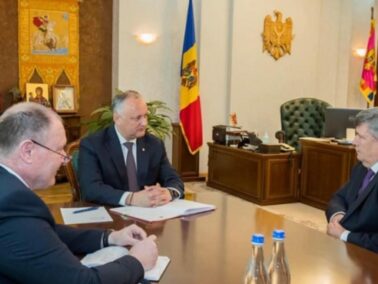