A Moldovan citizen who falsified over 500 documents that were used for labor exploitation in France of persons coming from Moldova, will appear on the dock. The General Prosecutor’s Office announces that it has finished the criminal investigation and sent the case to the court.

According to the General Prosecutor’s Office, the man carried out his illegal activity from 2015 until the beginning of 2021, when he was arrested. As a result, he obtained an illegal income of over 20,000 euros. At the request of the prosecutors, seizures were applied to the man’s assets, including three luxury cars, in the amount of over 75,000 euros.

In June, Ziarul de Gardă wrote that a criminal group, which began its criminal activity in 2015, specializing in human trafficking, organizing illegal migration, money laundering, and forgery of official documents, was uncovered within an international operation, after a year of investigations.

The group operated in France, specializing in the exploitation of people, mostly Moldovans. The criminal group allegedly exploited over 200 Moldovan citizens, using fake identity documents mostly Romanian, manufactured in Moldova. Among the people who allegedly forged documents were two police officers and two employees of the Moldovan Customs Service.

The leader of the transnational criminal group, a Romanian citizen settled in France, lived in a luxurious house in a suburb of Paris. He had other real estate and several cars, the value of some of them exceeding 100,000 euros. He is accused in France of committing eight crimes – human trafficking, money laundering, the creation of phantom companies, the procurement and use of fake documents, and the organization of illegal migration.

According to the data presented by Moldovan police, 14 people were charged in France, Romania, France, and Moldova. 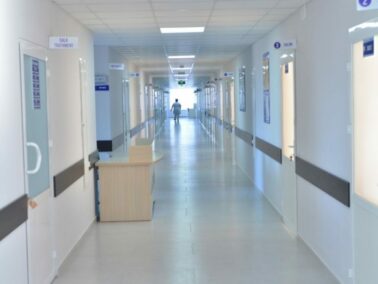 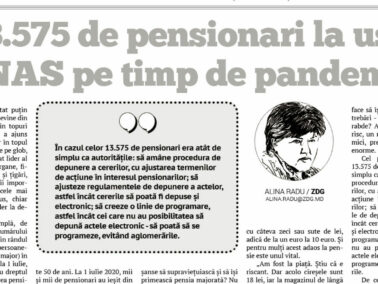 The 13,575 Retirees at the CNAS Offices During a Pandemic