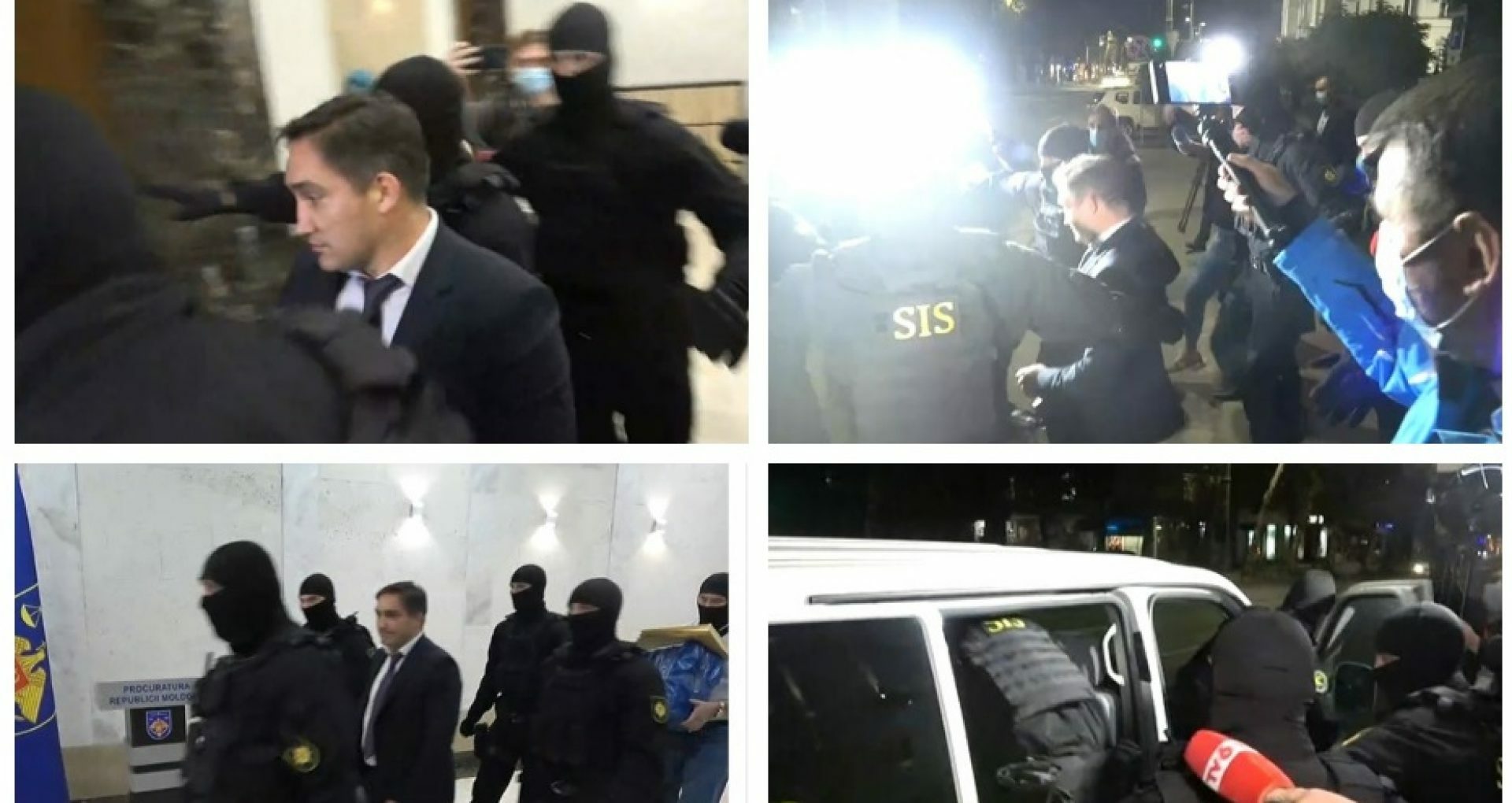 Alexandr Stoianoglo, the suspended Prosecutor General who has been placed under house arrest for the next 30 days, is being prosecuted for five parts of the claim. According to anti-corruption prosecutor Victor Furtună, the accuser who ordered the initiation of criminal proceedings against Stoianoglo, the suspended head of the General Prosecutor’s Office is being investigated for abuse of office, passive corruption, making false statements, official abuse of power and exceeding official duties.

Alexandr Stoianoglo is accused that, on April 6, 2011, while serving as deputy and Chairman of the Parliamentary Committee on National Security, Defense and Public Order, acting in the interests of a group, whose identity remains unknown, he signed the report of the draft amendment and completion to the Law on preventing and combating money laundering and financing of terrorism, which amended Art. 14 of the Law to read as follows: “The decision of the Service for Preventing and Combating Money Laundering for suspicious activity or transaction may be appealed by any person who considers that his/her rights were infringed in the manner established by law, having suspensive effect.”

Thus, Stoianoglo is accused that by approving the report to this law – later the law being voted in the final reading – he allowed the people from the group he is accused of acting with, who were representatives of non-resident companies and whose bank accounts were blocked by the Service for Preventing and Combating Money Laundering decision, to unlock the accounts and to withdraw / transfer the money held to the desired destinations, without any legal possibility to verify the source of this money. The transaction could be done only by filing with the bank a registered appeal on the decision to suspend the financial operation or on a decision of the investigating judge.

In this context, the authorities note that the amendment to the respective law facilitated the laundering of over 18 billion USD in the period 2011 to 2014, mainly from the Russian Federation, as well as from other states, using the banking and the judiciary systems and other state institutions. In other words, the amendment to the law facilitated the Russian laundry also called the Laundromat case. Stoianoglo is accused of abuse of office, the deliberate use of his position as deputy in the interest of a criminal group, causing damage in particularly large proportions.

This part of claim presumes that Alexandr Stoianoglo, while serving as Prosecutor General, acted in the interest of a criminal group led by Veaceslav Platon. In particular, according to data obtained by ZdG, on January 5, 2021, two citizens of Ukraine, fictitious administrators of two companies that previously held shares in Moldindconbank – Jet Business Limited (3.7596%) and Verlok Development INC (4.5165%), following the instructions of the controversial businessman Veaceslav Platon, presented themselves to a notary in Ukraine, where they signed and submitted the documents requested by the two companies, passing Țvetana Curdova, the wife of the Prosecutor General, as the beneficiary of the two companies. Stoianoglo is accused that in return for the two companies, received from the group led by Platon, between January 5 and October 5, 2021, using the position held, he favored the lawsuits, criminal cases and complaints against Platon, pending in all courts.

Stoianoglo is also indicted of having dismissed as unfounded all accusations against Platon in the case in which he was convicted of fraud and money laundering to 18 years in prison, so that no further proceedings or restrictive measures should be instituted in respect of him.

At the same time, Stoianoglo is accused of accepting and receiving goods through intermediaries in order to facilitate, delay or carry out other actions in the interest of a criminal group led by Platon, thus committing the crime of passive corruption.

According to the information held by ZdG, Stoianoglo is accused that, acting in the interests of Veaceslav Platon, on March 11, when he completed the declaration of wealth and personal interests for 2020 and submitted it to the National Integrity Authority, he purposely did not declare the two companies, Jet Business Limited and Verlok Development INC, registered in Ukraine and of which his wife is the beneficiary, although the Law on the Declaration of Wealth and Personal Interests stipulates that all the property owned by the subject’s wife must be entered in the document. Thus, Stoianoglo is accused of making false statements, that is, the willful non-inclusion of the data in the declaration of wealth and personal interests.

The suspended Prosecutor General allegedly committed it in the interests of the same criminal group led by Veaceslav Platon. Stoianoglo is accused that, on May 18, 2020, he held a press conference in which, neglecting several provisions of the Law on the Prosecutor’s Office, he publicly disclosed details of Platon’s case, which he did not investigate. Stoianoglo stated then that Platon had been convicted illegally, and that his request for review was not accepted. Following these statements, the case prosecutors initiated the procedure for reviewing the case in which Platon was convicted of fraud and money laundering in the billion-dollar bank fraud case.

The suspended Prosecutor General is accused of facilitating, through his actions, both Platon’s release from detention and the review of his case. It is alleged that, at his order, the prosecutor of the case dropped the accusations brought against Platon, who was released from detention, which damaged the state in particularly large proportions.

On this part of claim, Stoianoglo is accused that, on January 23, 2020, he knowingly issued the order by which prosecutor Nicolae Chitoroaga was relieved of duty despite the fact that Chitoroaga, at that time, had the status of accused on a criminal case initiated on October 4, 2019, Thus, Stoianoglo is accused of exceeding his duties by ordering the full payment of Chitoroaga upon his dismissal, although the law provides that, upon dismissal of a prosecutor prosecuted, the payment of all allowances is suspended until the case is resolved.

Stoianoglo’s defenders: “What is happening to prosecutor Alexandr Stoianoglo is an abuse and defiance of the law.”

On October 12, Victor Munteanu and Vasile Gafton, the two defenders of the suspended Prosecutor General, declared in a press conference that the claims against the suspended head of the General Prosecutor’s Office have no legal support. Stoianoglo’s defenders declared that all the claims are “false“, calling them “gross lies” and that the purpose of the actions taken in relation to the suspended Prosecutor General is “intimidating Stoianoglo and taking over the leadership of the General Prosecutor’s Office.”

“(…) What is happening to prosecutor Alexandr Stoianoglo is an abuse and defiance of the law. There was an illegal takeover of the position of Prosecutor General. (…) The detention took place within two hours, putting forward absurd accusations based on media materials: the whole society should understand that this was done to discredit Stoianoglo and take over the leadership of the General Prosecutor’s Office,” said Victor Munteanu, Alexandr Stoianoglo’s lawyer.

While Weddings are Forbidden During the Pandemic, Prime Minister Ion Chicu Hosted a Dinner Party With a Groom and a Bride 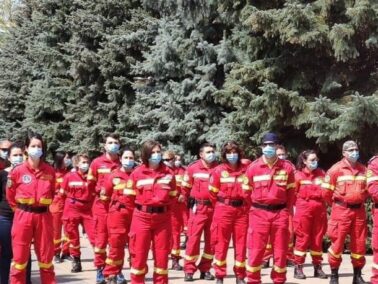