We Haven’t Obtained Our Right to Reunite with Romania 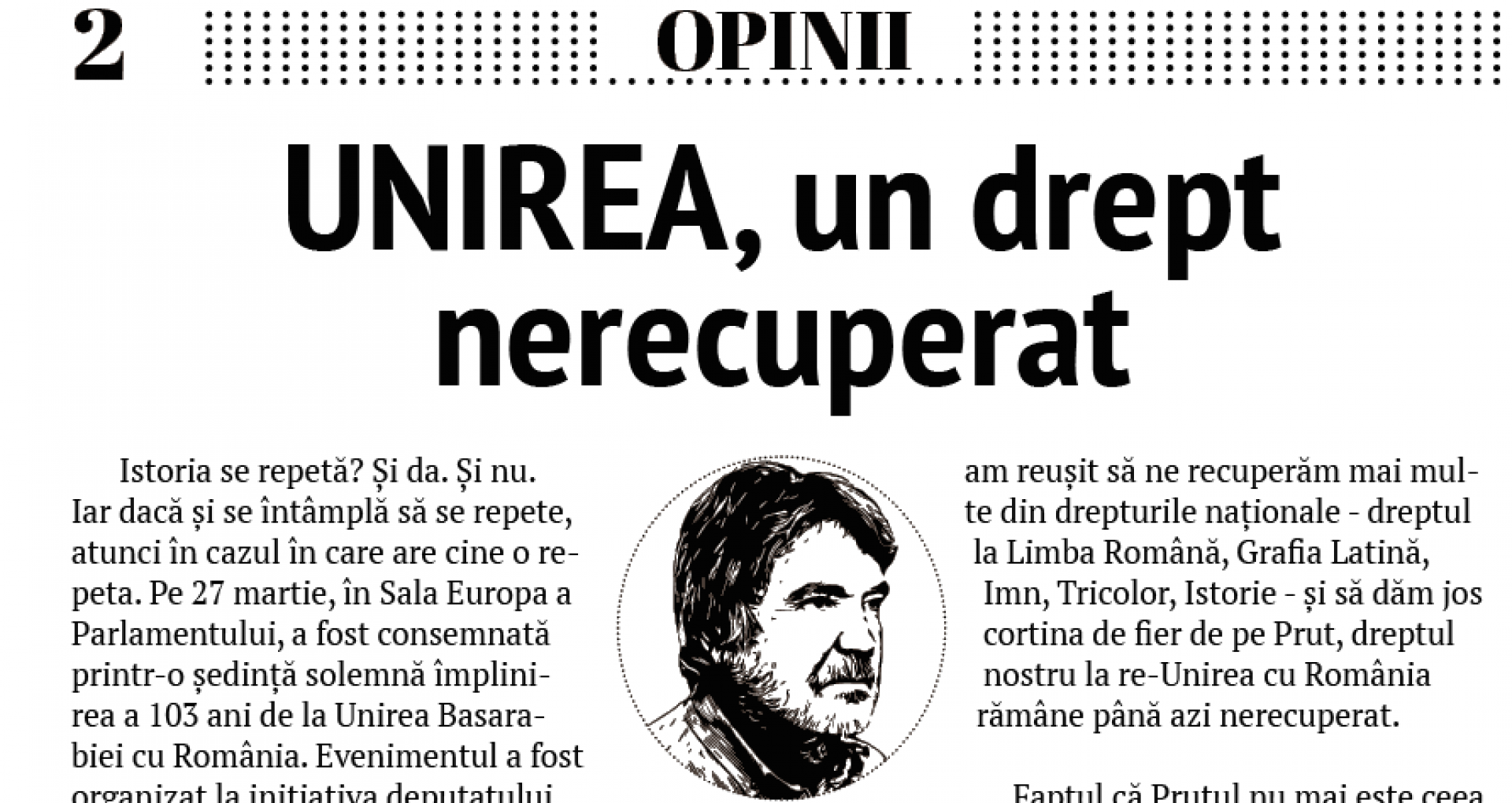 On March 27, the 103rd anniversary of the Union of Basarabia with Romania was observed in a solemn meeting in the Europe Hall of the Parliament. The event was organized at the initiative of the deputy Octavian Țîcu, leader of the National Unity Party, with the support and participation of the deputies from the Dignity and Truth Party and Action and Solidarity Party, and the Democratic Party of Moldova. Daniel Ioniță, the Romanian ambassador to Moldova, attended the event, alongside deputies of the first and current Parliament, academics, and politicians from Romania and Moldova, mayors and senators, researchers and writers.

The discourses, obviously, were about the meanings of March 27, 1918, with the evocation of the Union figures, as it was done on other similar occasions over the years. For the first time, however, the event was held at the Parliament and it is the great organizers’ merit, even though the consequences were not similar to those of the meeting of the Sfatul Țării on March 27, 1918.

On March 27, 1918, Basarabia (then the Democratic Republic of Moldova), after 106 years of occupation, refused to remain a provincial colony of the Russian Empire and a similar decision was made by Moldova on August 27, 1991. However, in 1918, it went one step further than in 1991. On March 27, 1918, Sfatul Țării declared “on behalf of the people of Basarabia that the Moldovan Democratic Republic, within its borders between the Prut River, the Nistru River, the Black Sea and the old borders with Austria, torn by Russia from the old Moldova a hundred and more years ago, based on historical and national rights, taking into consideration the principle of self-determination of nations, from today onwards unites with her mother, Romania.”

Basarabia changed its course of history and resumed its destiny, starting from the very beginning.

Similarly, after August 27, 1991, by signing the Declaration of Independence, Moldova changed its course of history; however, it has failed to resume its destiny. Following the three Great National Assemblies (August 27, 1989, December 16, 1990, August 27, 1991) and the Bridges of Flowers of May 6, 1990, and June 16, 1991, we managed to recover more of our national rights – the Latin based Romanian language, the Hymn, the Flag (Tricolor), History – as well as to take down the iron curtain on the Prut River. However, to this day, we haven’t obtained our right to re-Union with Romania.

It is true that the Prut is no longer the border it used to be until 1991. It is equally true that, after 1991, relations with Romania have become different from what they used to be during the USSR. We are able now to move freely, we can study, travel, and work there, we can go for treatment, we have ensured the right to Romanian citizenship, moreover – we can become deputies and senators in the Romanian Parliament or members of the Romanian Cabinet of Ministers. Those who see a problem in the act of Union should understand that the problem is neither in Romania nor in Moldova. The problem is in Russia, for as long as we do not repeat the act of the Union of March 27, 1918, we risk getting under the Russian authority again (Putin has no intention to give up the restoration of the USSR). We still remember the meaning of “the Russians are coming”, there is no need for others to tell us. We know what happened after 1812, after 1940, after 1944, and in 1992, on the Nistru River.

There are at least two arguments that we need the Union with Romania. First, we desire to achieve oneness with the Nation and the Motherland. Second, the Union is to save us from the risk of a new Russian occupation. In terms of national security, in 30 years, we have not achieved what the Baltics achieved until 2004 (EU accession) or what the Germans achieved in 1990 (the reunification of the two Germanys). Berlin, even after 30 years, owes us a Union (annulment of the consequences of the Molotov-Ribbentrop Pact).

Perhaps, we would have long become one with Romania if, from Independence onwards, we had had at least one president (except Mircea Snegur) and a political party truly dedicated to the Great Ideal of the Union, not such as to throw empty statements at meetings or simulate sacrifices.

We have been in great need of an Ion Inculeț, a Pan Halippa, an Alexandru Marghiloman, a Gherman Pântea, a Constantin Stere. Isn’t it clear to the parties that have assumed the goal of Unification with Romania as a program and political ideal that nothing will move in Basarabia as long as the Union is talked about only on electoral occasions or anniversaries?

On March 27, we observed the 103rd anniversary of the Union of Basarabia with Romania, a historical event of major importance.  It was celebrated in the same manner as it has been for the last 30 years, because it is our duty to honor our History, mainly to follow it rather than not to forget it. 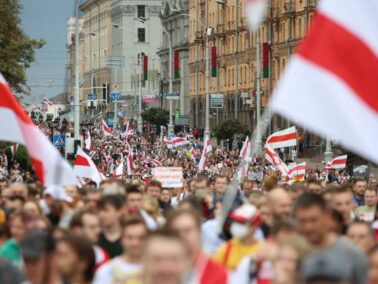